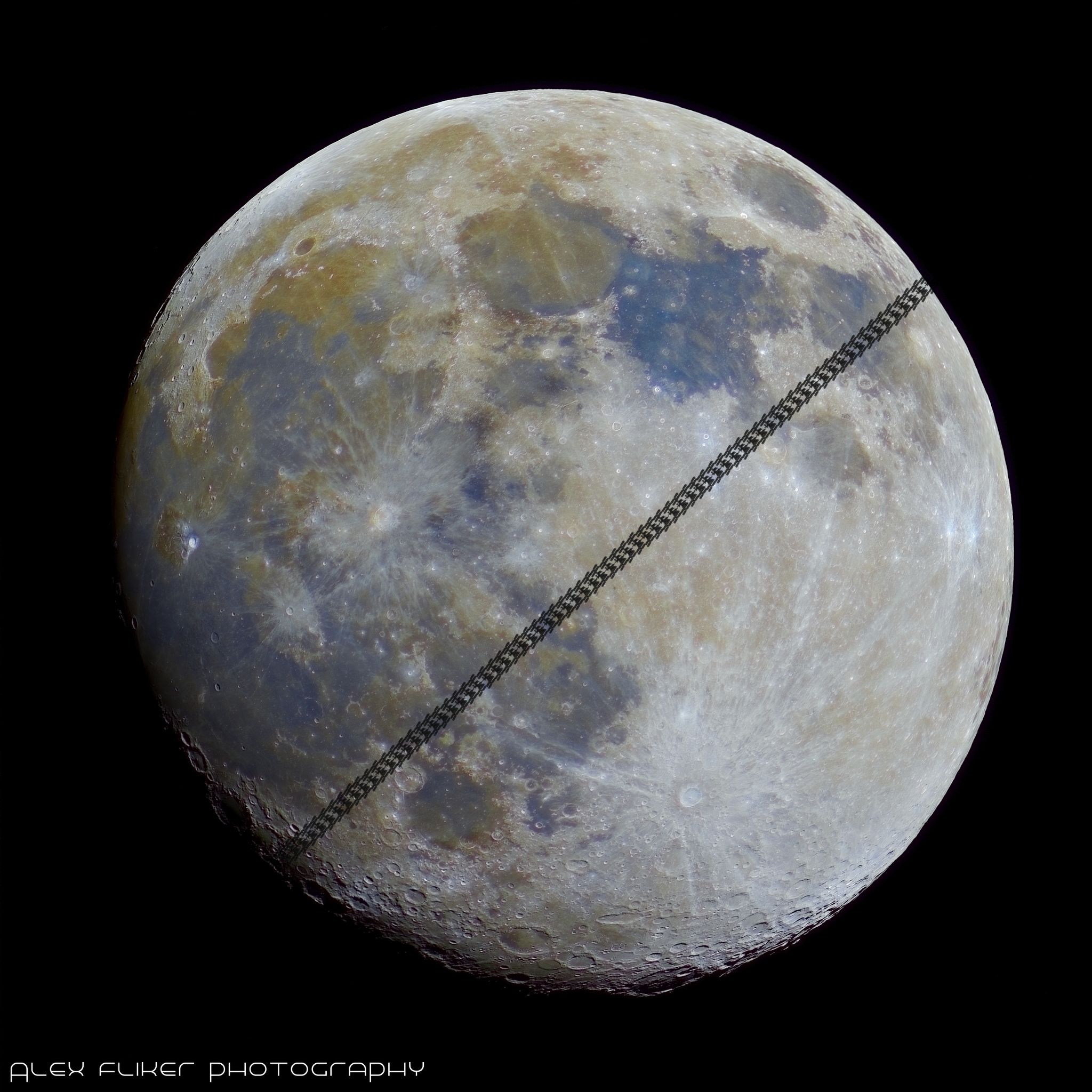 To get the color shot R, G and B channels, 3000 frames per each (and 3000 more through UV/IR filter, which was used as L channel later on). As Moon doesn't fit the field in this configuration, two panels were shot. ISS cropped out manually using Gimp; stacked and sharpened using cvAstroAlign (25 frames out of 70 went into stack); later on got ISS out using Gimp. Moon stacked using AutoStakkert! 3, then aligned the channels using PlanetarySystemLRGBAligner, then combined to obtain RGB using ImageMagick; L channel added in Gimp. Then assembled the panorama using Hugin. Post-processing in RawTherapee. Adding ISS back using Gimp

Shot on 26th of March, with duration of just 0.7 seconds. I pulled the trigger on actually attempting to capture it on the evening before, when I saw a chance to get a proper weather around the transit time. Pinged my good old friend and asked him to help me out. He agreed, so 2 hours hours before the transit we hit the road! We were fully ready just 20 seconds before the event, very tight timing. But everything went just fine, we saw the ISS passing in front of the Moon and couldn't be happier! Afterwards we stayed to shoot additional material, so I could attempt to assemble a mineral Moon, something I never did before with my astrocams (DSLRs worked for me before, but my planetary astrocams are monochrome). I have a filter wheel and a Baader LRGB filters set, so it was totally doable. But I didn't expect it to be sooooo awesome, the result turned out to be incredible. ISS was cropped out and was stacked separately, to improve clarity and sharpness. It worked wonders, ISS' details showed up nicely and crisp. Final touch - putting it back, exactly in the positions it had on the captured RAW frames 😊