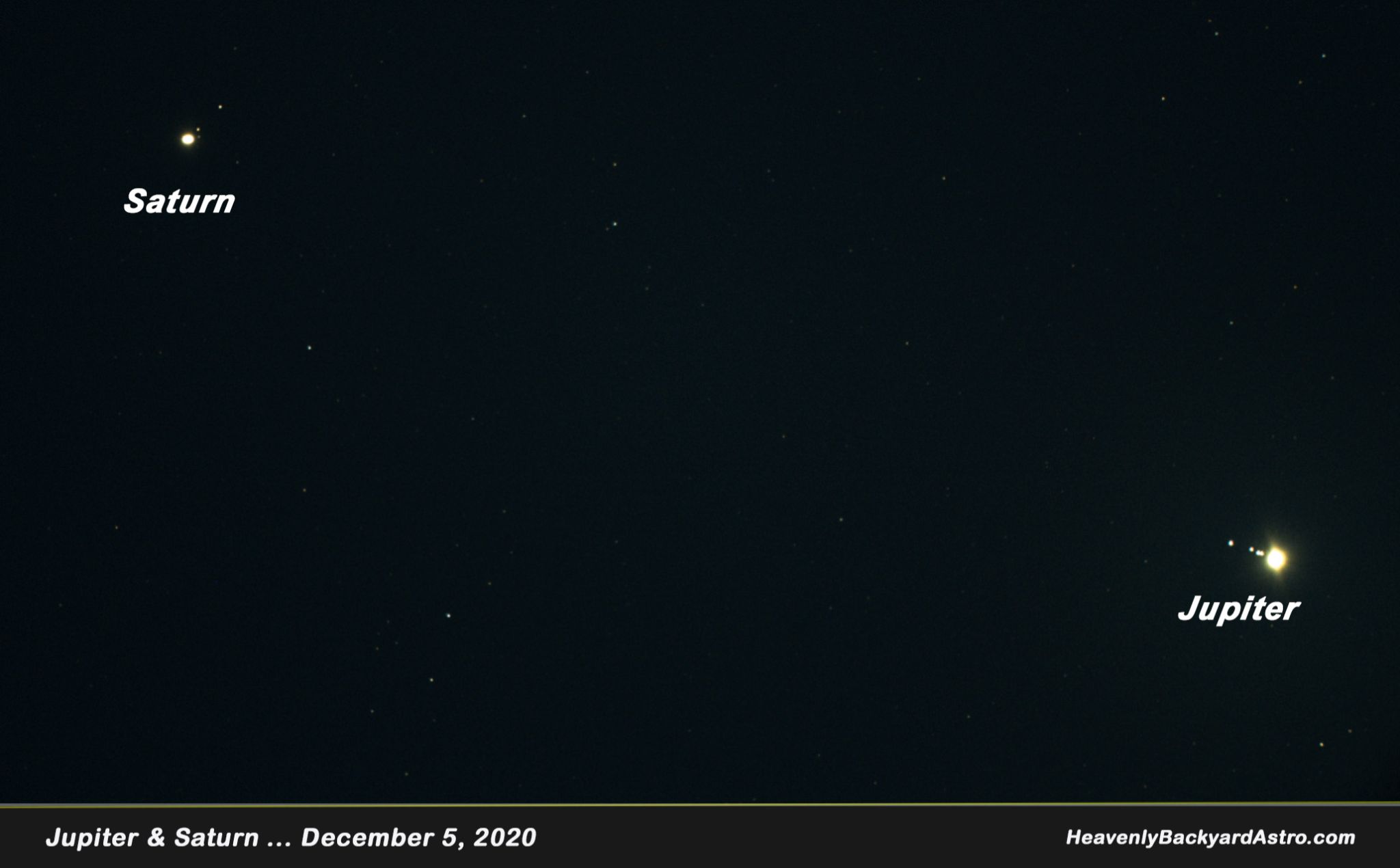 Jupiter and Saturn very near each other in the SW evening sky. Even though these two look to be separated in this telescopic view, they appear very near each other in the sky. You can even see four of the Galilean moon of Jupiter and three moons of Saturn. Jupiter continues to inch forward toward Saturn and the two will appear to be touching each other by December 21. This is in appearance only as the two are separated by nearly a half-billion miles.