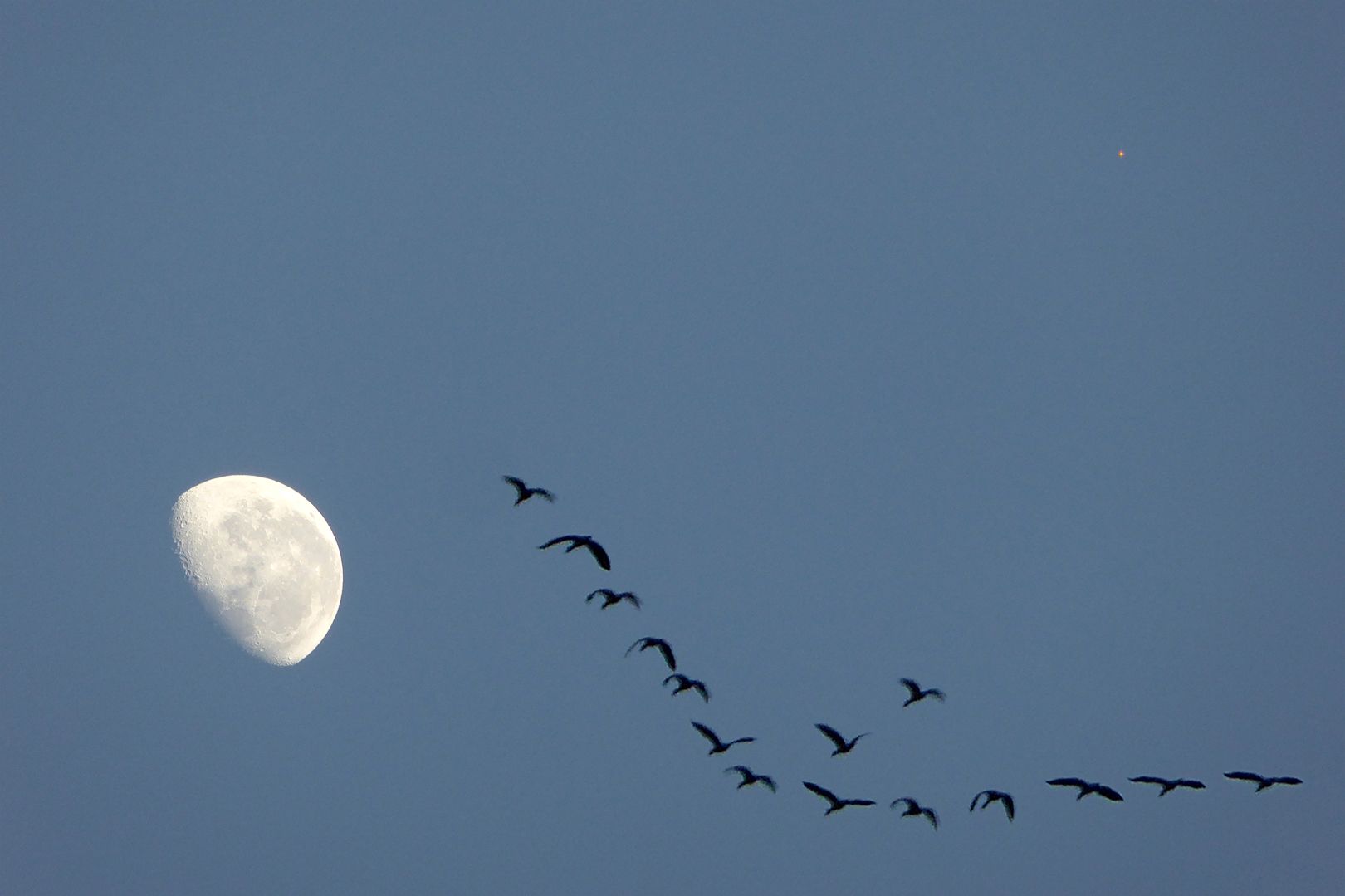 Photoshop Elements 15 - Image size reduction and minimal application of Star Spikes Pro filter to bring out Mars which was barely visible to the naked eye in the brightening dawn sky.

Waning Moon, Mars and Whistling Ducks at Dawn .
Early on Sunday (9th August) the Waning Gibbous Moon and Mars were close together high in the northern dawn sky. Several pictures of the pair were taken as daylight approached between 6 and 6.30 am. Just before it became too light for Mars to remain visible, a flock of whistling ducks passed by in bow and arrow formation!