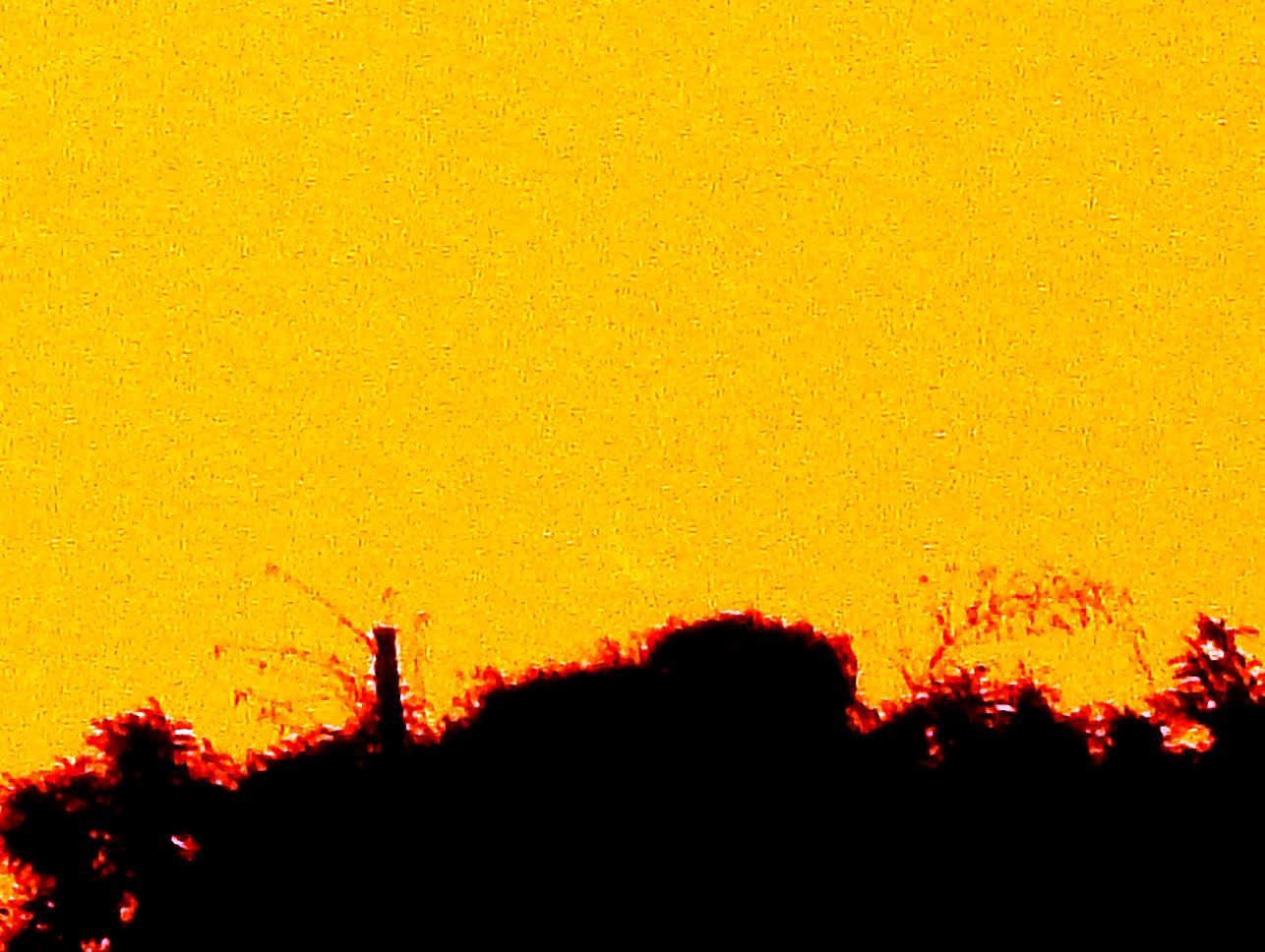 Nikon CoolPix at manual mode with no telescope attached.

I greatly enhanced the contrast of the photo (using PhotoScape freeware).

Venus, on the afternoon of June 1, when it was only 0.1% illuminated and 3.1° away from the Sun. The planet can be seen near the center of the image , just above the treeline.

I have been monitoring Venus for the past few days using only my camera. Capturing it on May 31 was a challenge as I barely got to see it for a few seconds only. So I concluded today it would be much tougher. Then by using the trees that compounded the silhouette of a hill 4 km away as reference points, I tried to pinpoint where it would set on the hill today by compensating for differences in azimuth and time. This time I used the maximum magnification of the camera and took several photos during 5 minutes centered at the interval I had calculated, covering the area on top of the hill that I previously estimated. I did not even see Venus on the LCD monitor of the camera at all, but I knew it should be there. Then I greatly enhanced the contrast of the photos (using PhotoScape freeware) and analyzed them carefully. Amazingly, the extremely thin crescent of Venus had been captured! Its position matched, as well as its shape, size and path. Using only a Nikon CoolPix at manual mode with no telescope attached, I had photographed Venus only 0.1% illuminated and 3.1° away from the Sun as their altitudes were 3.3° and 1.4°.