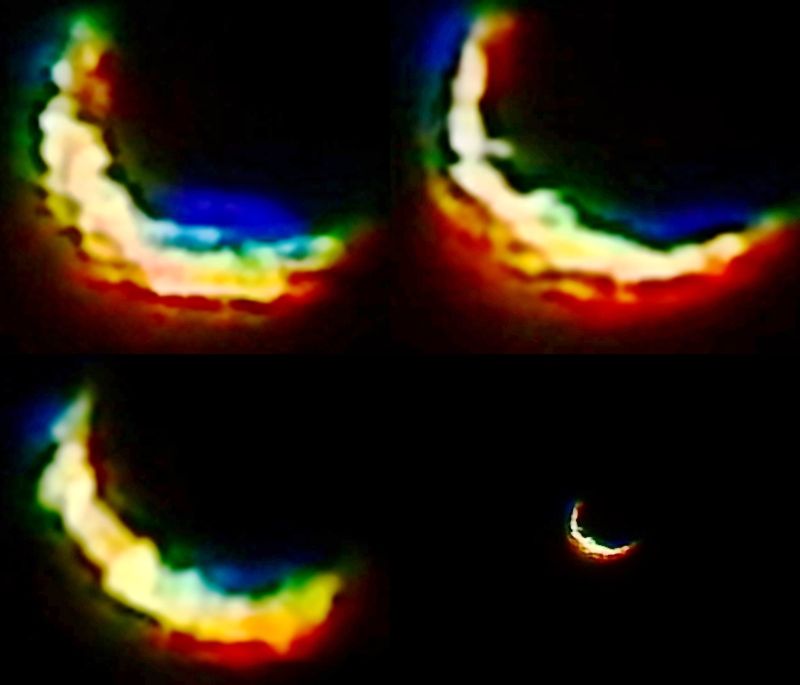 PhotoScape was used to crop, enlarge images and intensify colors in addition to combining 4 photos.

The photos show a multicolored Venus or scintillating Venus. The phenomenon occurs when the planet looks very thin and its light passes through different layers of our turbulent atmosphere just above the horizon that acts as a set of lenses and prisms, splitting it into its component colors along different light paths. The photos show it on May 19 at 19:49 (UTC-3h) when only 7% of its surface was illuminated and it was a mere 4° above the horizon.
Note the predominance (some 95%) of photons of longer wavelength (that are less scattered and thus penetrate more into the atmosphere) corresponding to the orange, red and yellow colors. A Nikon CoolPix P900 camera was used with no telescope attached.