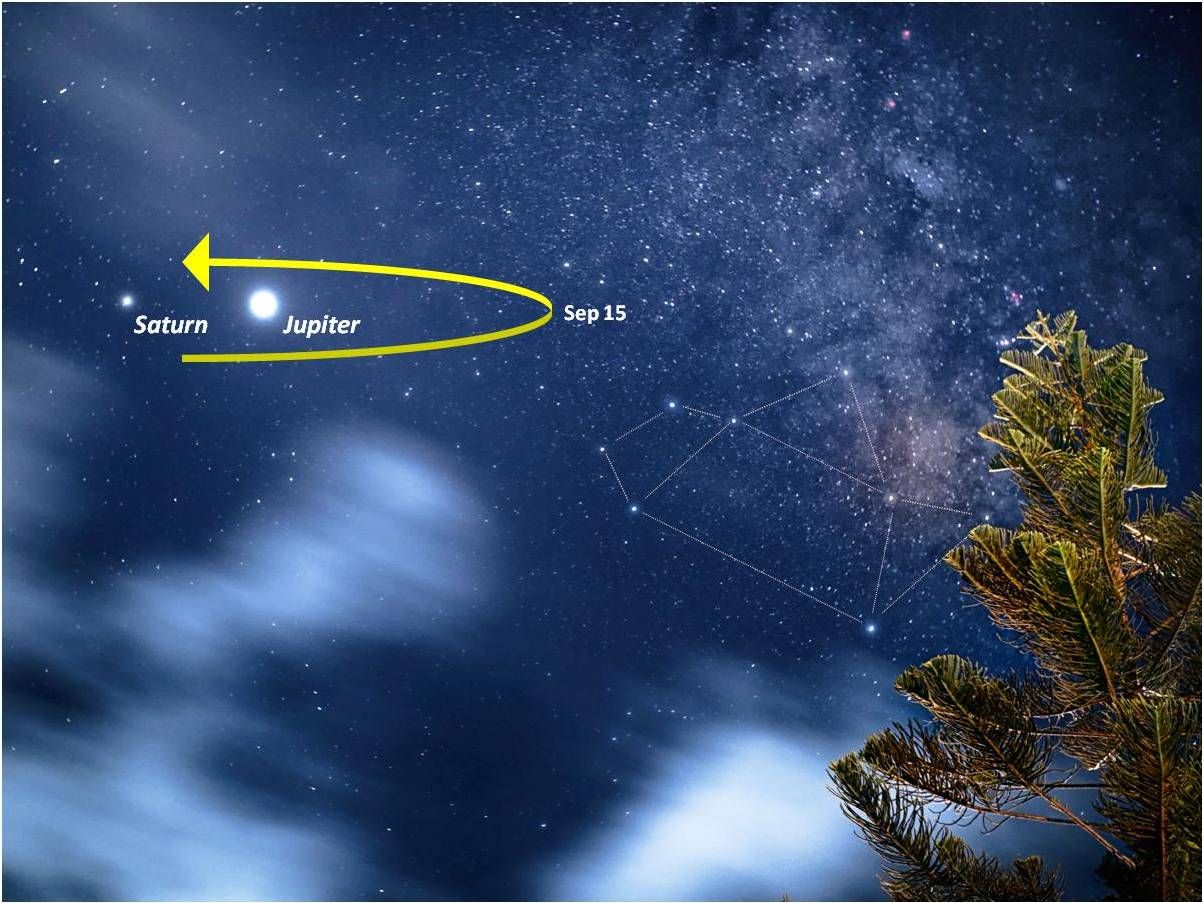 Saturn and Jupiter continue their retrograde (Western) motion back towards the Teapot.
They won't quite make it as normal Eastward movement will resume in mid-September.
The planets do not really change direction. It's a matter of perspective caused by Earth's faster orbit around the Sun.
Imagine jogging past a slow runner. As you pass him, he appears to be moving backwards while he is still running in the same direction. As you slow down because you are short of breath, he will overtake you and appear to be running much faster than he actually is. It's all a matter of perspective.