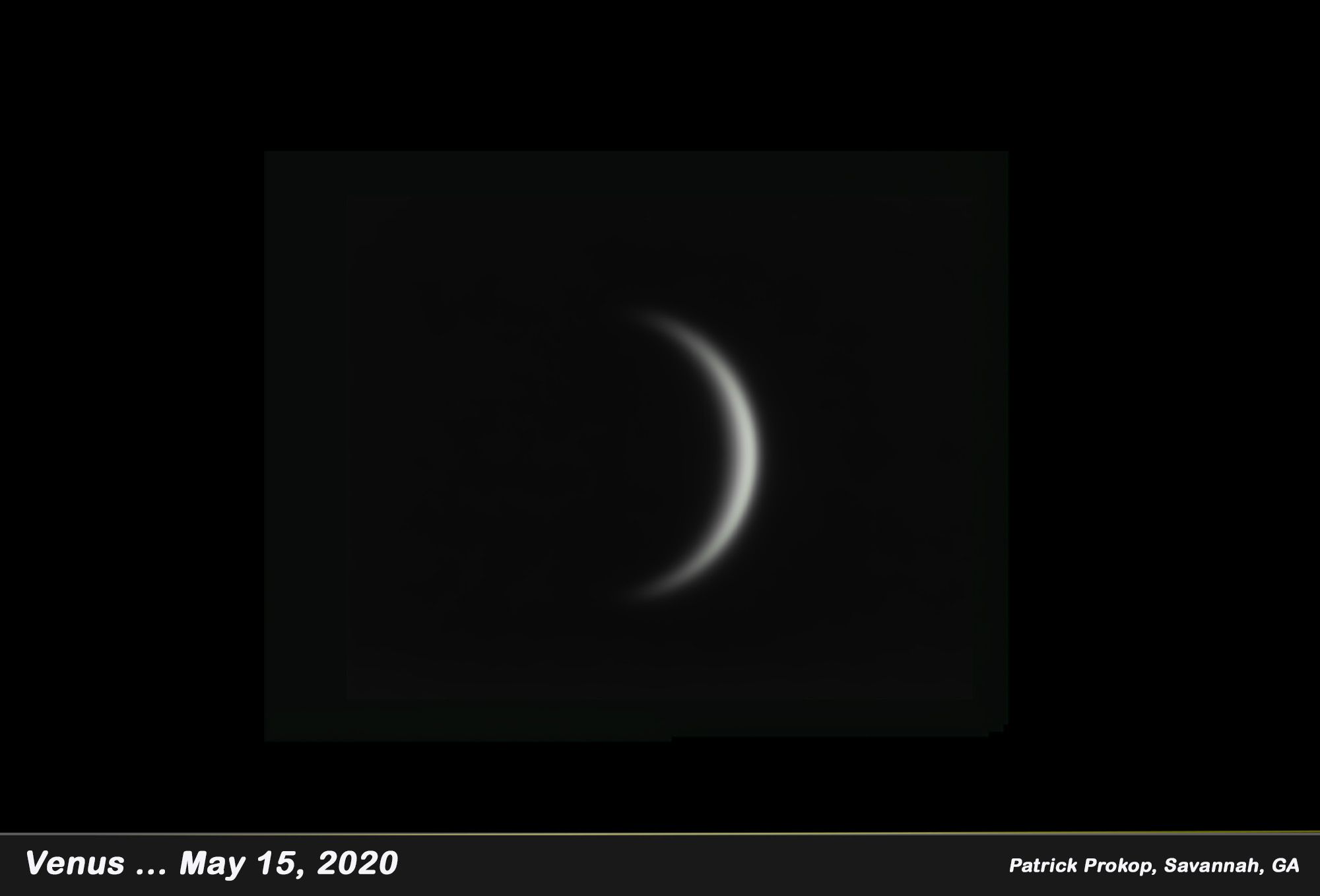 Captured in SharpCap, stacked in Autostakkert1 and post processed in Photoshop

The planet Venus Friday evening.
No, you're not seeing a photo of the moon, instead this is the planet Venus ... that very bright object in the WNW evening sky. Venus is nearly between the Earth and the Sun which is why we are seeing this crescent phase, like what we see with the moon. Venus is now about 31 million miles away. By June 3rd, it will be directed between the Earth and the Sun at a distance from us of 27 million miles. However, we won't be able to see it by then. Venus is RAPIDLY setting earlier each evening by a rate of about 5 minutes per night. (I took this image with the Celestron 11" EdgeHD telescope at f/7 using the best 200 frames from a 4,000 frame recording using a program called Autostakkert!)