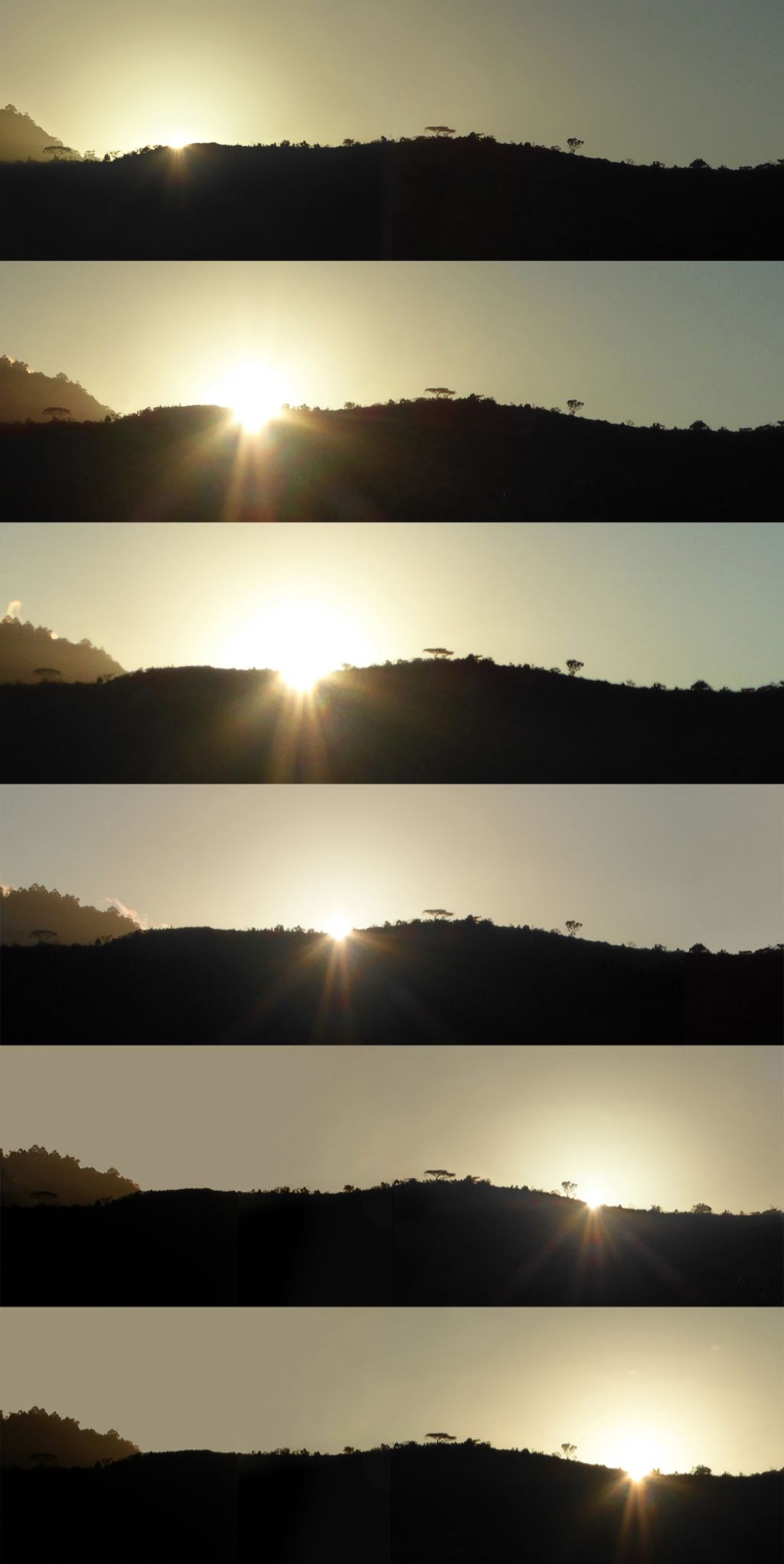 Time-lapse composite of Six Consecutive Sunrises
Is it possible to see a number of sunrises in a few minutes? The answer is yes! If after observing the first one, you descend a steep path on the opposite side of a valley that runs parallel to a hill crest above which the Sun is rising. This happened early this morning while returning home from the Murambi high level water tanks. The first glimpse of the rising Sun (previous submission) was at 6.32 from the highest point on my walk while the route back was still in shade. On descending the track back home the Sun was observed to disappear and then reappeared (while I paused to take a photograph) six times in six minutes as shown in the accompanying composite while the lowest point in the valley remained in shade.