Photographer and marine biologist Octavio Aburto took this amazing video of the at Cabo Pulmo National Park in Mexico, in the course of studying the courtship behavior of a species of Jack fish.

Also, check out Aburto’s still photo which he entitled it “David and Goliath.” 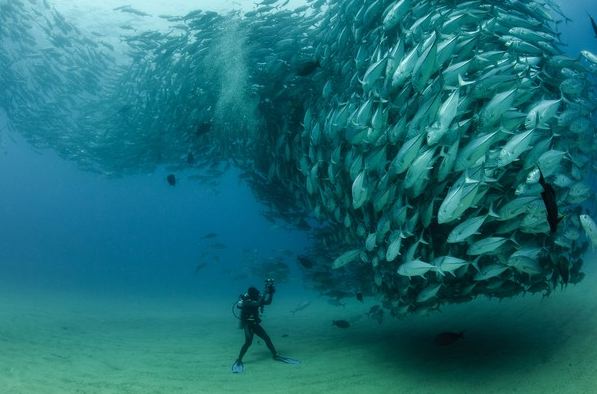 David and Goliath, by Ocatvio Aburto. 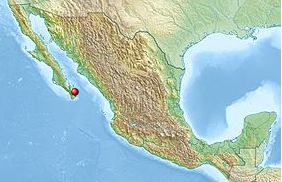 Aburto said he hopes the image will foster appreciation for the marine universe, for Cabo Pulmo National Park in particular, and will “bring attention to other successful marine reserves, especially in Latin America.”

Mission Blue has an interview with Aburto, explaining how his scientific background inspired him to snap the mysterious imagery. Among other things, Aburto said:

The picture you see was taken November 1, 2012. But this picture has been in my mind for three years — I have been trying to capture this image ever since I saw the behavior of these fish and witnessed the incredible tornado that they form during courtship. So, I guess you could say this image took almost three years.