On April 10, 1815, Mount Tambora sent so much crud into the atmosphere that it blocked the sun. What became known as the Year Without a Summer came a year later, in 1816. 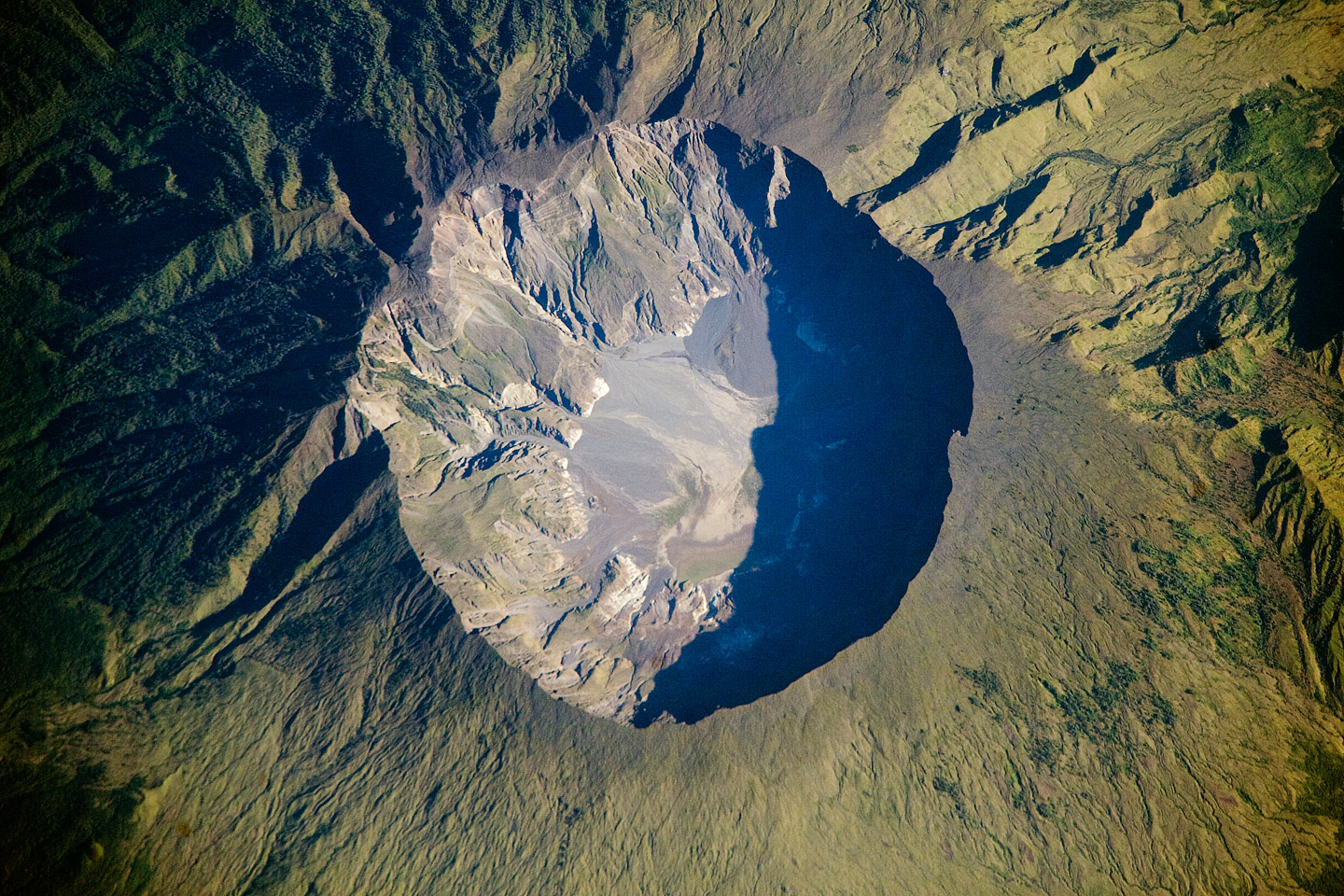 Tambora Volcano seen from the International Space Station in 2009. Image via NASA

April 10, 1815. Mount Tambora began a large volcanic eruption on this date. This volcano – on Sumbawa Island, east of Java in what is today Indonesia – ultimately dumped an estimated 160 cubic kilometers (38 cubic miles) of melted rock and ash onto the surrounding countryside and into the air. By some estimates, it was the largest volcanic eruption in recorded history.

Mount Tambora sent so much crud into the atmosphere that it blocked the sun, leading to what became known as the Year Without a Summer in 1816. That year, cold and cloudy conditions killed crops across the Northern Hemisphere.

In 2004, a scientific expedition found the remains of a village and of two adults, buried under several meters (10 feet) of volcanic ash. Due to its similarity with the famous Mount Vesuvius eruption in AD 79 that buried Pompeii, some scientists call the site “the Pompeii of the East.”

Tambora Volcano is estimated to have been quiet for some 5,000 years. It steamed back into action around 1812, culminating in the April 10, 1815 eruption.