Birds flying south. How many will return? 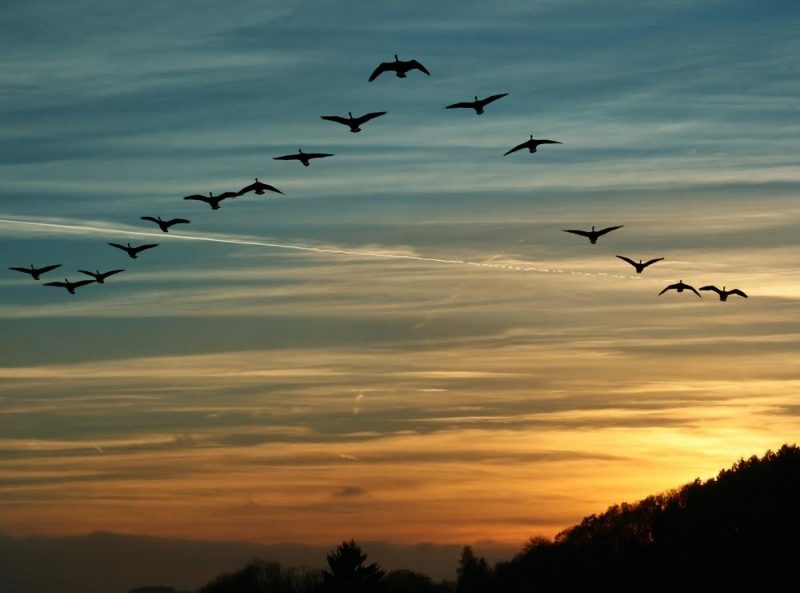 In a new study, migratory birds arriving across the U.S. southern border each spring had an average return rate of 76 percent. Birds wintering in the U.S. had an even lower return rate – 64 percent – back into Canada.

A new study used cloud computing and data from 143 weather radar stations to estimate how many birds migrate through the United States.

Adriaan Dokter, a postdoctoral fellow at the Cornell Lab of Ornithology, is the lead author of the study, published September 17, 2018, in the peer-reviewed journal Nature Ecology & Evolution. Dokter said in a statement from Cornell:

We’ve discovered that each autumn, an average of four billion birds move south from Canada into the U.S. At the same time, another 4.7 billion birds leave the U.S. over the southern border, heading to the tropics.

In the spring, 3.5 billion birds cross back into the U.S. from points south, and 2.6 billion birds return to Canada across the northern U.S. border.

Researchers knew that fewer birds return to their breeding grounds after going through fall migration and spending months on their wintering grounds. But the actual numbers surprised them. They found that migrant birds arriving across the U.S. southern border had an average return rate of 76 percent during the five years of the study (2013 to 2017).

Birds wintering in the U.S. had an even lower return rate to Canada, only an average of 64 percent. 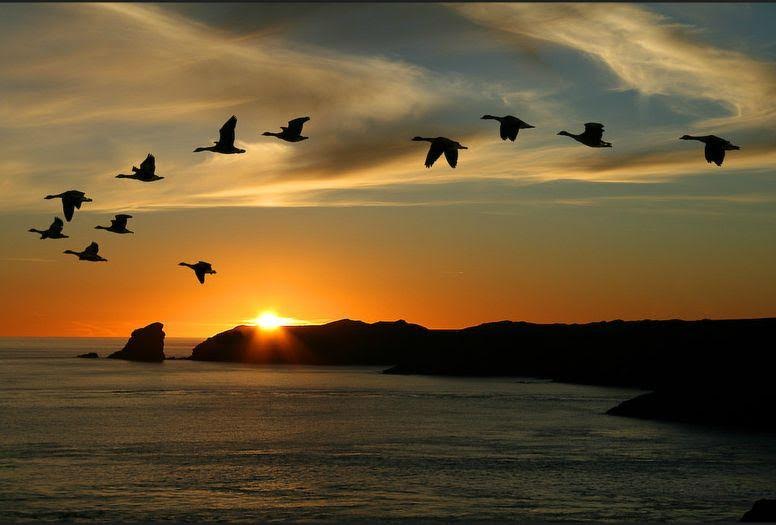 The study used weather radar to track the comings and goings of migratory birds.

Andrew Farnsworth is a study co-author and leader of the Cornell Lab’s aeroecology program. Farnsworth said:

To calculate the numbers in the study, the researchers developed complicated algorithms to measure differences in biomass picked up by weather radar — in this case, the total mass of organisms in a given area, minus insects. Migrating birds crossing the northern border — such as many sparrows, American robins, and dark-eyed juncos — have shorter migrations from breeding grounds in Canada to wintering grounds in the U.S.

Measurements from the southern border captured data on birds that breed in the U.S. and spend their winters in Central or South America, such as most warblers, orioles, and tanagers.

One explanation for the higher mortality among birds wintering in the U.S., the researchers said, might be the number of hazards they face. Ken Rosenberg is a study co-author and conservation scientist at the Cornell Lab. Rosenberg said:

All birds need suitable habitats with enough resources to get them through the winter. Birds wintering in the U.S. may have more habitat disturbances and more buildings to crash into, and they might not be adapted for that.

Another reason for the disparity in migration return rates between short and long-distance migrants might have to do with breeding strategy, the researchers suggested. Birds wintering in the U.S. have high reproduction rates to offset higher mortality. Meanwhile, tropical-wintering species have fewer offspring, but more adults survive through the winter and reproduce the following spring, despite their longer migrations. But, said Dokter, it’s a strategy that may backfire without conservation efforts in the tropics.

Longer distance migrants seem to be gambling on having high survival in the tropics, and they’re therefore more sensitive to what happens to their wintering grounds. Even a small decrease in survival due to changes in their tropical habitats might cause a precipitous decline. 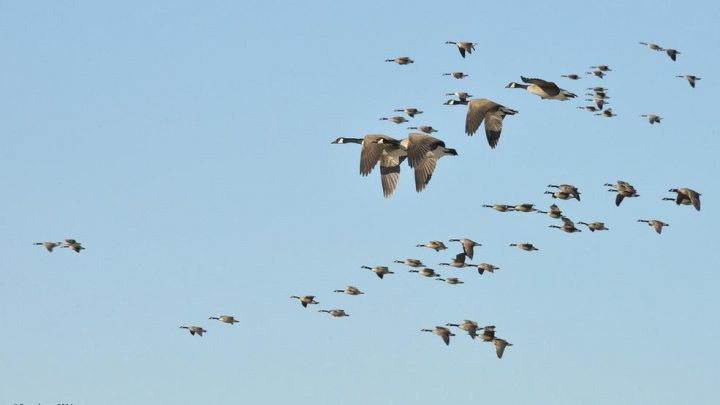 Bottom line: Researchers used cloud computing and data from 143 weather radar stations across the U.S. to estimate bird migration rates in North America. The study showed that birds arriving across the U.S. southern border each spring had an average return rate of 76 percent. Birds wintering in the U.S. had a lower return rate – 64 percent – back into Canada.