Shark attacks drop to average in 2016

After 2015’s record year, 2016 saw fewer shark attacks worldwide. Here in the U.S., the most happened in Florida. 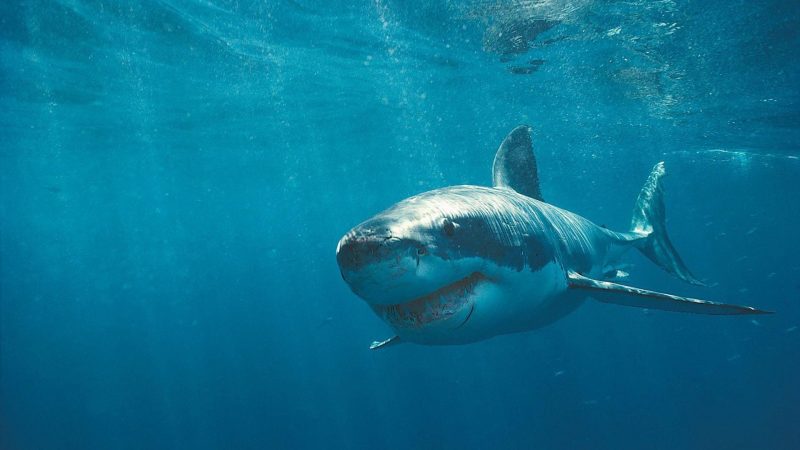 After 2015’s record-busting 98 shark attacks, the 81 worldwide attacks in 2016 was back in line with the five-year annual average (about 82 incidents). But worldwide shark attacks still remain on a slow upward trend as our human population grows and aquatic sports become more popular. That’s according to the Yearly Worldwide Shark Attack Summary compiled by scientists at University of Florida.

A shark attack is a human phenomenon. Sharks are a natural part of the ecosystem. The ocean is a foreign environment to humans, and when we enter the sea, we’re entering a wilderness.

Four of the attacks in 2016 were fatal, a drop from six total fatalities in 2015. The United States had no fatal attacks in 2016, but had the most attacks globally, with 53.

South Africa had fewer incidents than normal, with only one (non-fatal) attack. Australia, another shark attack hotspot, had 15, including two fatalities. The French territory of New Caledonia in the South Pacific has emerged as “an area of concern”, according to the report, with four attacks in 2016, two of which were fatalities.

The database, which tracks shark attacks globally, defines unprovoked shark attacks as those initiated by a shark in its natural habitat. But Burgess said that many of these incidents might be more accurately called “human-shark interactions,” since not all attacks cause injury, and they can include a rough bump from a shark or a bite on a surfboard.

More that half of the attacks worldwide involved board sports – surfing, boogie boarding, and paddle boarding – that kicking and splashing. These kinds of water disturbance can draw a shark, Burgess said.

Sharks are attracted to irregular activity, especially with the inevitable wipeout and the big splash that follows. If you have a shark trailing, that’s often when it will strike.

Although shark attacks have gradually increased, the number of fatal attacks has consistently fallen over the past century. Researchers attribute the decline in fatalities to improved safety practices on beaches, better medical treatment, and growing public awareness of how to avoid potentially dangerous situations.

While the chances of being injured or killed by a shark are “infinitesimal,” Burgess says, the ISAF offers recommendations (here) for how to lower your risk of a shark attack or fend off an attacking shark.

According to a statement from University of Florida:

While the human population is skyrocketing, many shark species are on the decline. Threatened by overfishing and loss of habitat, sharks’ complex life history makes it difficult for them to rebound quickly. As major predators, their numbers are inherently low compared with other smaller marine species, and their slow sexual maturation process, year-long pregnancies and long lifespans compound the obstacles to rebuilding populations.

Bottom line: In 2016, the number of global shark attacks worldwide dropped 81, after 2015’s record-busting 98 shark attacks, back in line with the five-year annual average. But worldwide shark attacks still remain on a slow upward trend.

Read more from University of Florida