Dust from Africa spreads into the Americas

This past weekend, a massive dust cloud from Africa’s Sahara Desert swept across the Atlantic and caused hazy skies across Texas, Mexico and parts of Central America.

This past weekend, a massive dust cloud from Africa’s Sahara Desert caused hazy skies across Texas, Mexico and parts of Central America. The dust cloud traveled more than than 5,000 miles from Africa across the Atlantic, Caribbean and Gulf of Mexico.

According to NASA Earth Observatory:

On June 18, 2018, satellites began to detect thick plumes of Saharan dust passing over Mauritania, Senegal, Gambia, and Guinea-Bissau before moving out over the Atlantic Ocean. For the next ten days, the skies over West Africa and across the tropical Atlantic were stained a distinctive shade of yellow as winds pushed pulse after pulse of Saharan dust to the west. According to one preliminary analysis, this brought the tropical Atlantic one of its dustiest weeks in 15 years.

Every year, over a hundred million tons of dust get picked up from the deserts of Africa and blow across the Atlantic Ocean, affecting air quality in North and South America. Some of it reaches as far as the Amazon River Basin, where the minerals in the dust replenish nutrients in rainforest soils, which are continually depleted by tropical rains.The dust research suggests that the dust plays a role in the suppression of hurricanes and the decline of coral reefs as well. 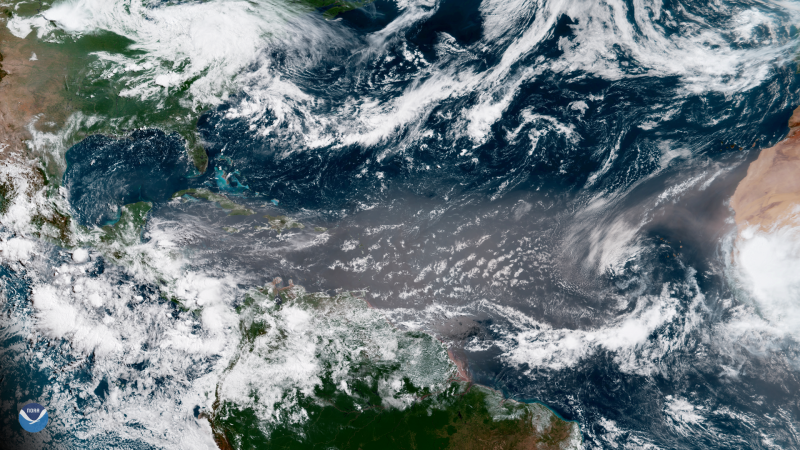 You can see a massive plume of Saharan dust across the tropical North Atlantic Ocean in this image captured by the GOES East satellite on June 27, 2018. Image via NOAA. 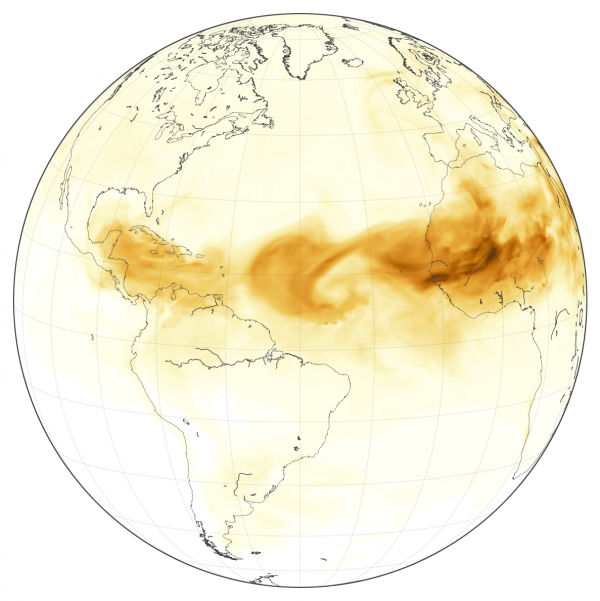 The map above shows dust crossing the Atlantic on June 28, 2018, as represented by the GEOS-5 satellite. A simulation from GEOS-5 shows plumes of dust from as far away as Iraq and Saudi Arabia blowing across North Africa in mid-June. However, much of the dust that crossed the Atlantic Ocean appeared to be coming from the Bodélé Depression, a dried lake bed in northeastern Chad, June 28, 2018. Image via NASA Earth Observatory. 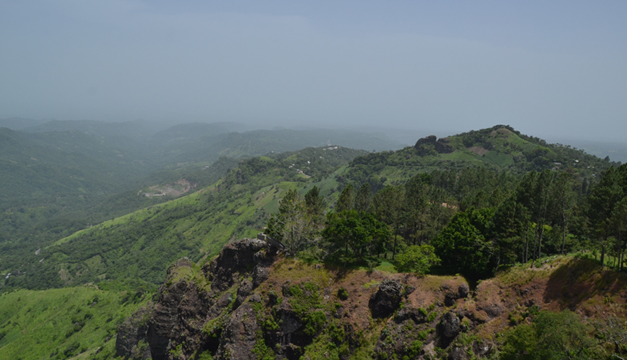 View from Puerto del Diablo in El Salvador. El Mundo reported that the misty environment is due to the continuity of dust from the Sahara, present in the territory since last week. Image via Oscar Machon/El Mundo. 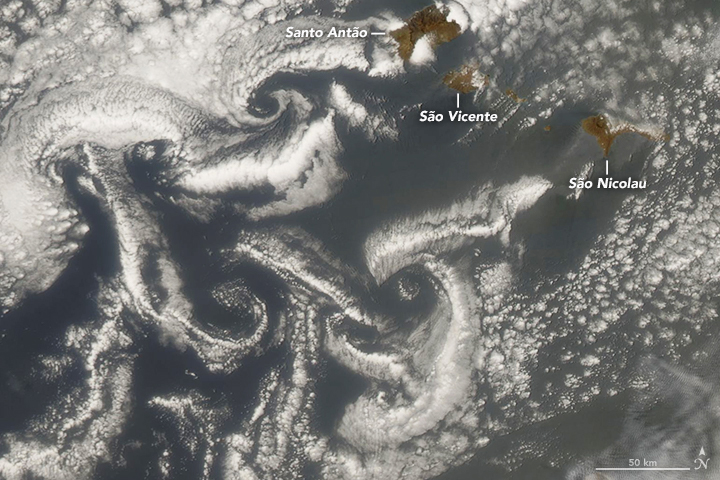 On June 24, 2018, the MODIS on NASA’s Aqua satellite acquired this image, which shows clouds swirling into an eye-catching pattern as winds flowed around the Cape Verde islands. The entire scene is hazy because of the dust. Image via NASA Earth Observatory.

The dust also made for vivid sunrises and sunsets.

I like the Sahara dust. As a photographer it makes a beautiful photo of the sun coming up! pic.twitter.com/SE242YTgc1

Bottom line: On the last weekend of June 2018, a massive dust cloud from Africa’s Sahara Desert swept 5,000 miles across the Atlantic and caused hazy skies across Texas, Mexico and parts of Central America.