A new study finds that the world’s largest desert has grown by 10 percent since 1920. 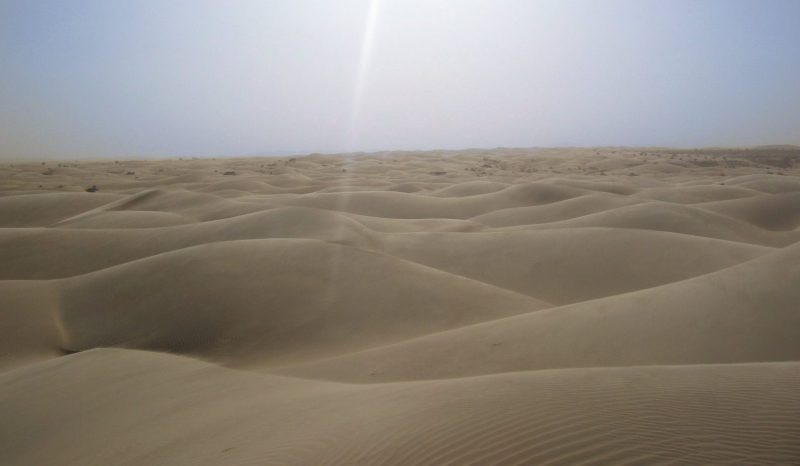 A seemingly endless sea of sand, the Sahara stretches to the horizon. Image via NSF/Wikimedia.

The Sahara is already the world’s largest warm-weather desert – about the size of the contiguous United States. And according to a new study, the desert been expanding over the past century.

Deserts are typically defined by their low average annual rainfall — usually less than 4 inches (100 mm) of rain per year or less. For the new study published March 29, 2018, in the peer-reviewed Journal of Climate, the researchers analyzed rainfall data recorded throughout Africa from 1920 to 2013 and found that the Sahara, which occupies much of the northern part of the continent, expanded by 10 percent during this period.

The researchers suggest that other deserts could be expanding as well. Sumant Nigam is a professor of atmospheric and oceanic science at the University of Maryland and senior author of the study. He said in a statement:

Our results are specific to the Sahara, but they likely have implications for the world’s other deserts. 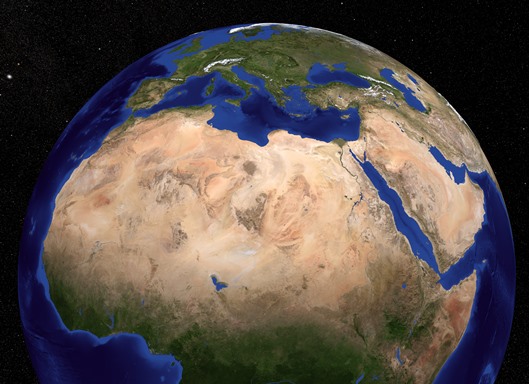 This satellite-derived image shows the three regions in North Africa: the Sahara, the Sahel, and the Sudan. The Saharan desert covers the northern, top part of the continent,. The Sahel, a semi-arid belt of barren, sandy and rock-strewn land, stretches across the African continent between the Sahara and the Sudan, which is the greener, more fertile southern portion in this image. Image via NASA/Goddard Space Flight Center Scientific Visualization Studio.

Read about how the scientists singled out the effects of human-caused climate change here. 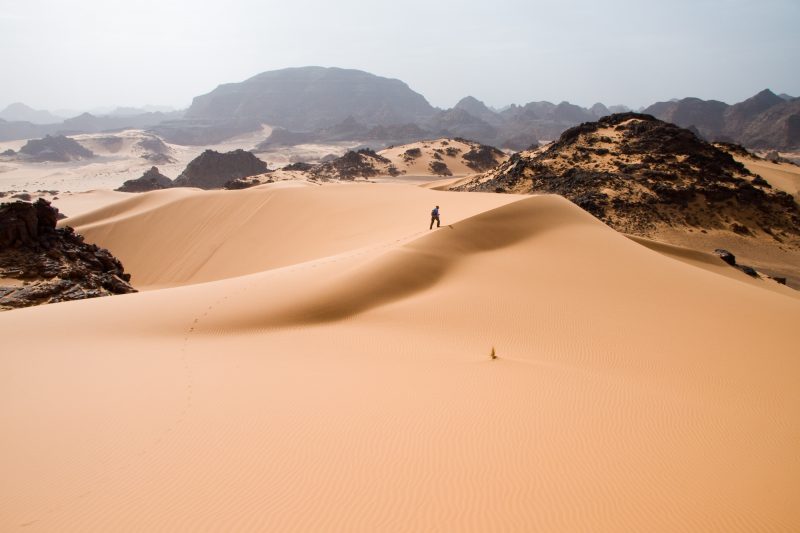 The southern border of the Sahara adjoins the Sahel, the semi-arid transition zone that lies between the Sahara and the fertile savannas further south. The Sahara expands as the Sahel retreats, disrupting the region’s fragile grassland ecosystems and human societies. Nigam said that Lake Chad, which sits in the center of this climatologically conflicted transition zone, serves as a bellwether for changing conditions in the Sahel. He explained:

The Chad Basin falls in the region where the Sahara has crept southward. And the lake is drying out. It’s a very visible footprint of reduced rainfall not just locally, but across the whole region. It’s an integrator of declining water arrivals in the expansive Chad Basin. 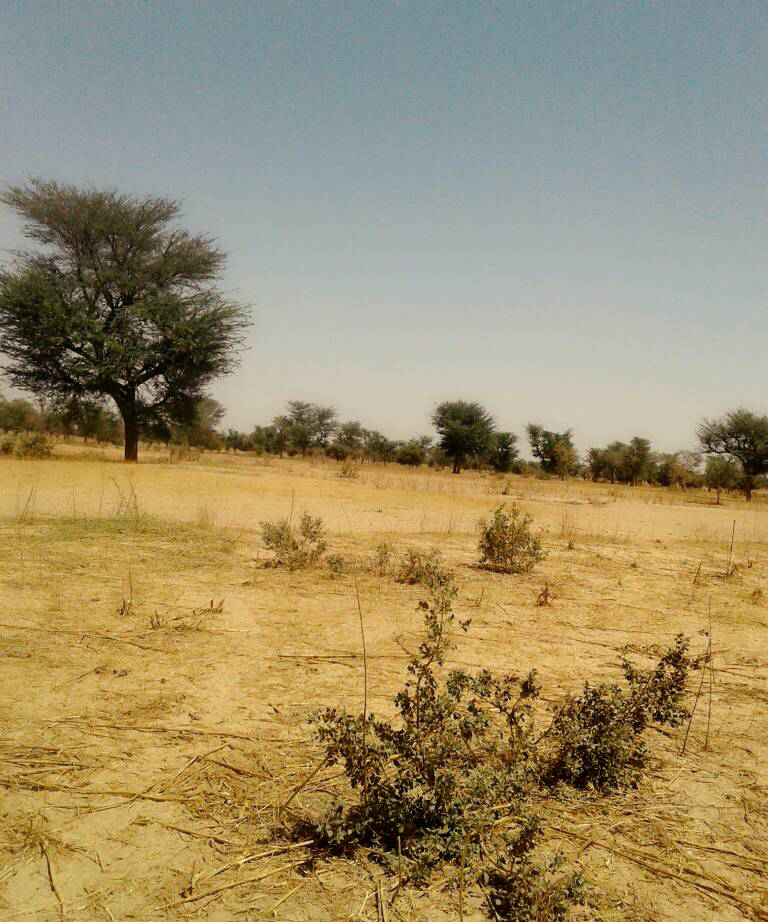 Taken outside the town of Diakhao, Senegal, in March of 2018, the photo illustrates the conditions of the Sahel during the dry season. Image via Mamadou Faye/courtesy Wassila Thiaw.

Bottom line: A new study says that the Sahara Desert has gotten 10 percent bigger in the past century.

Read more from University of Maryland