Meet the Reaper of Death, a new Canadian tyrannosaur

A new tyrannosaur species named Thanatotheristes, which means “reaper of death,” was the apex predator of its time, 79 million years ago in present day Alberta, Canada. 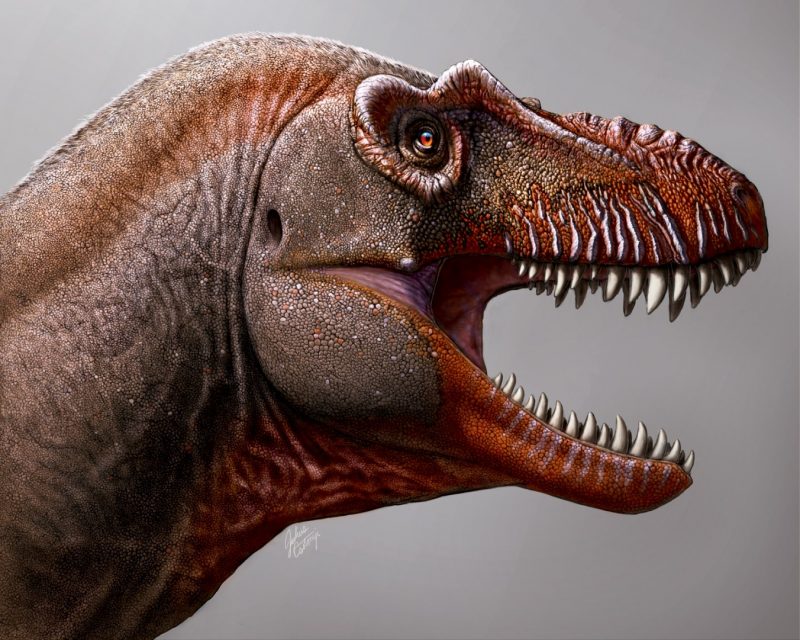 Canadian paleontologists have identified a new tyrannosaur species, identified from fossils found in southern Alberta. It’s a large bipedal carnivorous dinosaur that lived about 79 million years ago, making it the oldest known tyrannosaur in northern North America (the previous record holder was aged at 77 million years). Details about this new dinosaur and its evolutionary relationship to other tyrannosaurs were published in the journal Cretaceous Research.

John De Groot, a farmer and amateur paleontologist, found the creature’s fossilized jawbone in 2010 while he was hiking along the Bow River shoreline near the town of Hays, about 120 miles (200 km) southeast of Calgary. It had fallen to the ground from a nearby cliff. In a statement from the Royal Tyrrell Museum, De Groot said:

The jawbone was an absolutely stunning find. We knew it was special because you could clearly see the fossilized teeth. 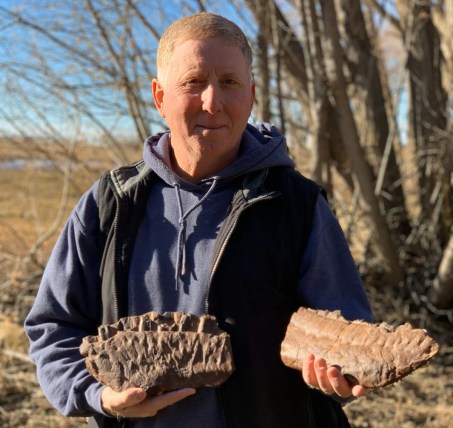 Scientists named the new tyrannosaur Thanatotheristes degrootorum. They picked a genus name apt for an apex predator, Thanatotheristes, after Thanatos, the Greek god of death, and theristes, which means one who reaps or harvests.

John always said that one day he would find a dinosaur skull. Finding the jaw was exciting. Hearing that it is a new species, and seeing it given our family name, was beyond belief.

The fossils – pieces of the tyrannosaur’s skull and its upper and lower jaw bone – stayed tucked away in a drawer at the Royal Tyrrell Museum, in Drumheller, Alberta, until the spring of 2019. That’s when University of Calgary’s Jared Voris began to study it.

In a statement from the University of Calgary, Voris, the paper’s lead author, said:

We found features of the skull that had not been seen before in other tyrannosaurs. The fossil has several physical features, including ridges along the upper jaw, which clearly distinguishes it as being from a new species.

Voris thinks that Thanatotheristes was about 26 feet (8 meters) in length, and likely preyed on large plant-eating dinosaurs like Xenoceratops and Colepiocephale. 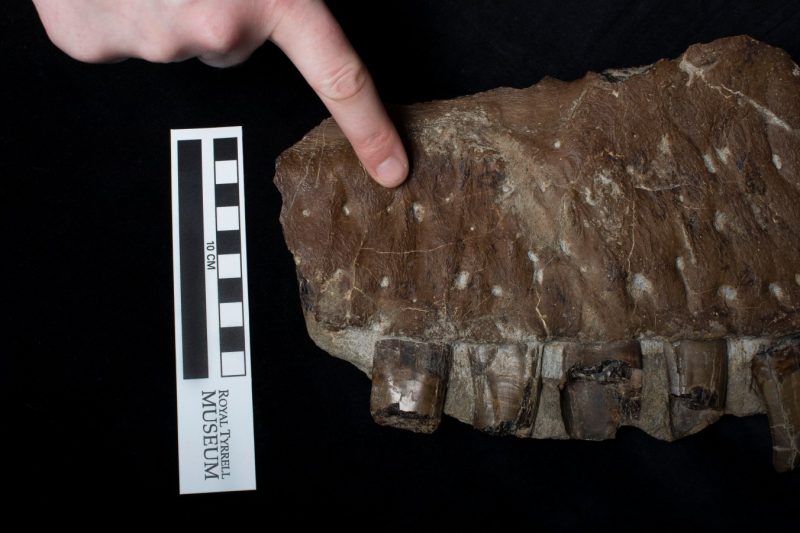 Vertical ridges along the length of Thanatotheristes degrootorum‘s upper jaw indicated that it was a new tyrannosaur species. Image via Jared Voris/ Royal Tyrrell Museum.

When most people think of tyrannosaurs, it’s the iconic Tyrannosaurus rex that springs to mind. T. rex is engrained in our popular culture, in books and movies, toys and artwork, and lately, in people who run around in inflatable T. rex suits. T. rex lived in present day western North America, around 68 to 66 million years ago. But there are other tyrannosaur species as well, identified from fossils in North America, and paleontologists are trying to understand their evolutionary story.

François Therrien, a paper co-author, commented that their findings are revealing more about the diversity of tyrannosaurs during the Cretaceous period. He said:

This discovery is significant because it fills in a gap in our understanding of tyrannosaur evolution. 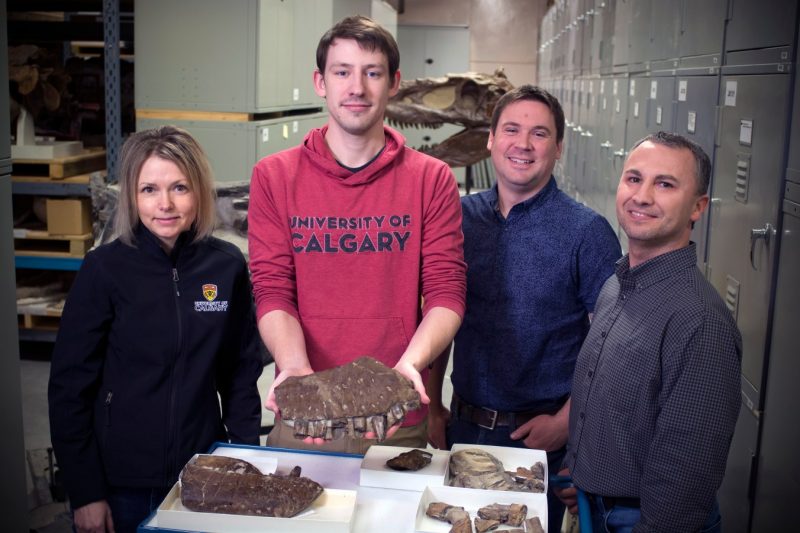 In their study, the scientists found that Thanatotheristes degrootorum was closely related to two other tyrannosaur species, Daspletosaurus torosus and Daspletosaurus horneri. This trio had common skull features: they had deeper longer snouts and more teeth in their upper jaws than their southern relatives which Voris described as having shorter, bulldog-like faces. 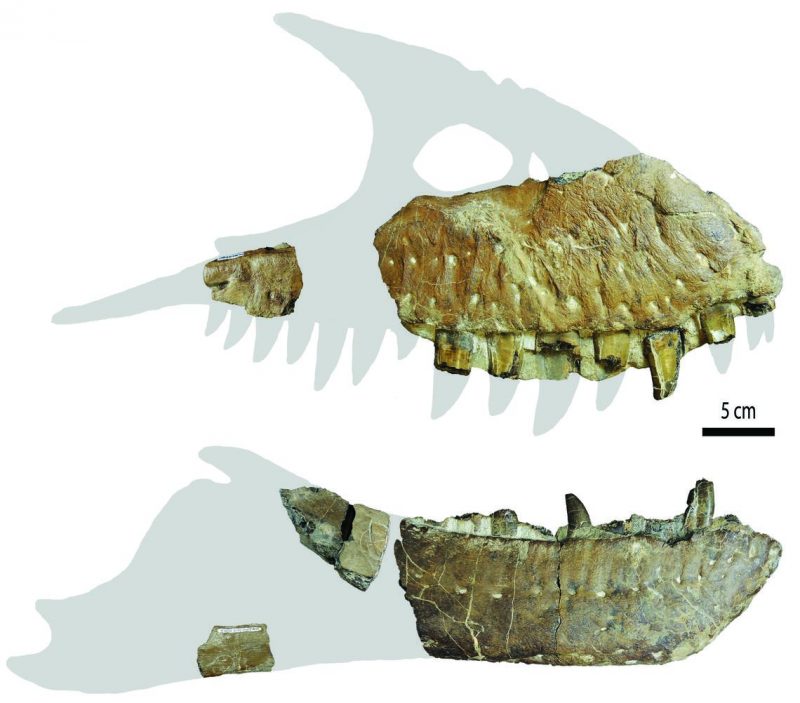 The scientists think that differences in tyrannosaur species – in body shape and size – are adaptations to their environment. Voris said:

Some species are better suited to certain environments. This reduces competition and gives species a better chance at survival.

The next step is to test that hypothesis further and compare how tyrannosaur species from various geological regions differed. 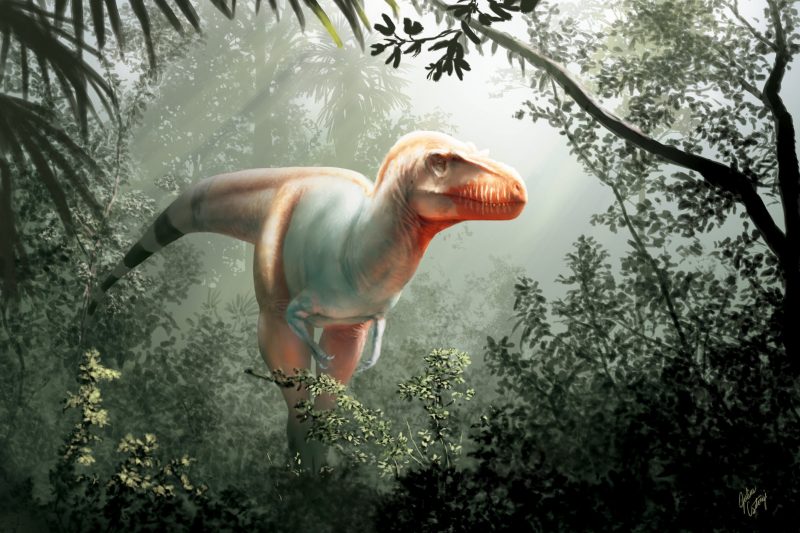 Source: A new tyrannosaurine (Theropoda:Tyrannosauridae) from the Campanian Foremost Formation of Alberta, Canada, provides insight into the evolution and biogeography of tyrannosaurids

Via University of Calgary