Scientists recently studied the formation of the huge crystals inside the giant geode of Pulpí, located deep in a Spanish mine. They revealed the natural process that grew the crystals, ripening them over thousands of years and making them literally crystal clear. 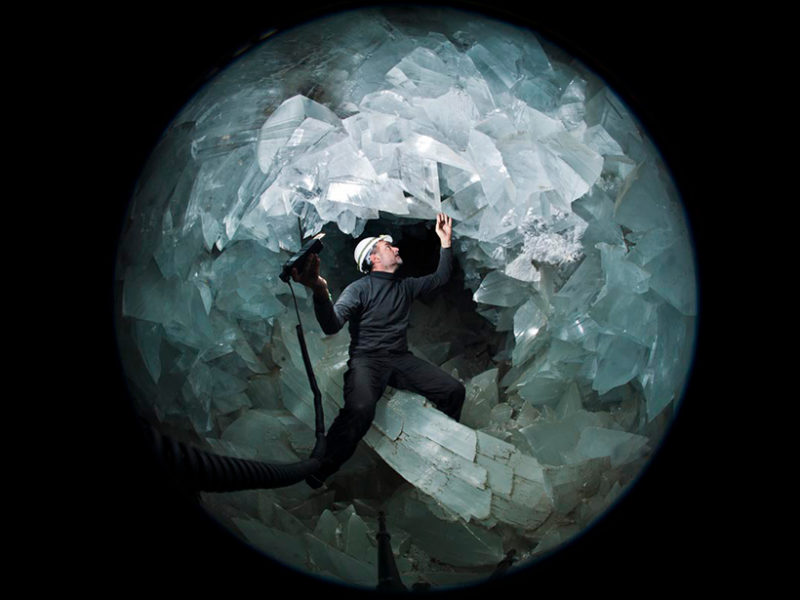 A researcher stands inside the Pulpí geode, the largest documented geode in the world, located at a depth of about 150 feet (50 meters) in a former silver mine in southeast Spain. Image via Hector Garrido.

The Pulpí geode – discovered in 1999 – is often said to be the biggest geode in the world. Located deep within a mine in Spain – which is open to being viewed by tourists – the geode is a hollow, egg-shaped object, just like those you find in rock shops. But it’s 36 feet (11 meters) long, like a room with crystal-paneled walls. Its individual crystals are up to 6 feet (two meters) in size, and they’re so transparent you can see your hand through them. Scientists are continuing to study the Pulpí geode. A study published October 15, 2019, in the peer-reviewed journal Geology proposed that a slow and steady process involving temperature fluctuations grew the giant gypsum crystals inside it. Juan Manuel García Ruiz is a professor at the Universidad de Granada in Spain and a study coauthor. He said at Phys.org:

To reveal their formation has been a very tough task because unlike in the case of the giant crystals of Naica in Mexico, where the hydrothermal system is still active, the large geode of Pulpí is a fossilized environment.

The scientists performed a study of the geology and geochemistry of the abandoned mine where the geode was found:

… including a detailed mapping of the underground mining works, which has been used to allow the tourist visits in the mine.

They found that the large crystals had trapped a few fluid inclusions, which gave the scientists information about conditions at the time the crystals formed. The team measured the sulfur and oxygen isotope ratios of those inclusions and found that the gypsum likely stabilized at a temperature of about 20 degrees Celsius (68 degrees Fahrenheit).

That was a clue to the crystals’ history. Most areas that have grown giant gypsum crystals are attached to inactive hydrothermal systems. However, the finding that the crystals stabilized at 20 degrees C suggested they might have formed closer to Earth’s surface, where climate fluctuations might also have played a role.

Also, 20 degrees C is lower than the maximum soluble temperature for gypsum of 45 degrees C. And – according to these scientists – that fact suggested the crystals had grown over a long period of time from a slow, steady drip of a concentrated calcium sulfate solution. An article in EOS explained:

With a relatively stable temperature, many smaller gypsum crystals dissolved to form fewer, larger ones in a process called Ostwald ripening.

This is somewhat like the temperature cycles in crystal quality control in industrial processes.

Read more about the study via EOS: Giant geode grew slow and steady

Read more about the study via Phys.org: The giant geode of Pulpí 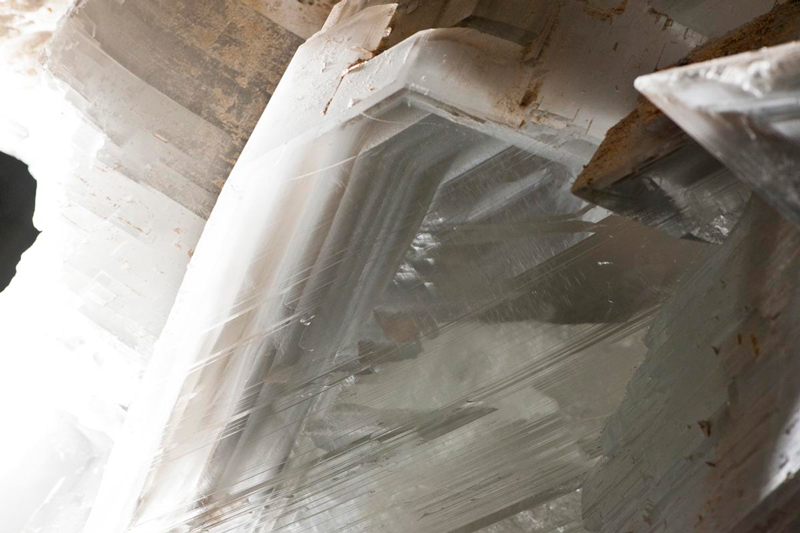 The researchers found that the rock that encompasses the geode is made of layered carbonate from the Triassic period (201–251 million years ago). The geode, however, is only between 60 thousand and 2 million years old. Lines in the Pulpí geode’s clear gypsum crystals track growth periods. Image via Hector Garrido.

As for visiting the geode, we snagged the comment and photos below from a page at TripAdvisor.com. It looks like a very interesting place to go! 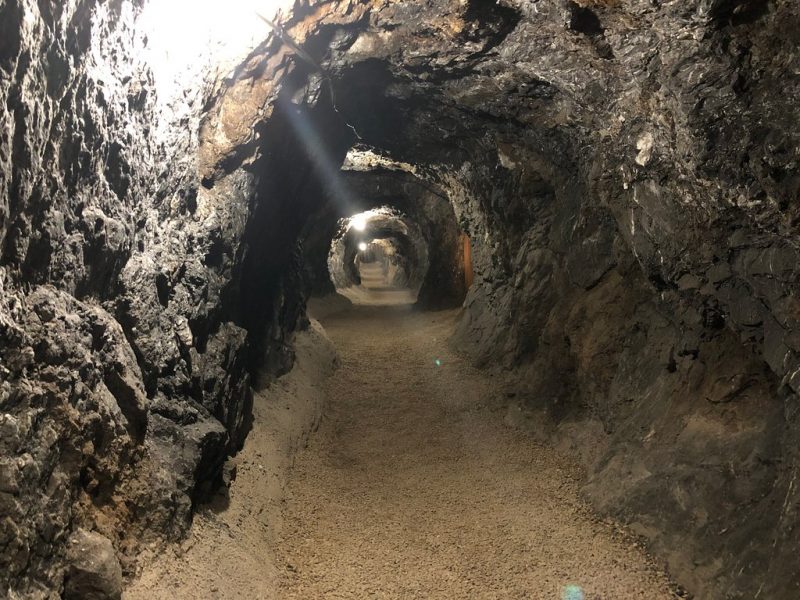 A tunnel, in the mine system leading to the geode of Pulpí. Image via TripAdvisor.com.

Apparently, tourists can get up close and personal with the geode, too. Image via TripAdvisor.com.

Bottom line: Scientists recently studied the formation of the giant crystals inside the geode of Pulpí, located in a mine in Spain. They found that temperature fluctuations – maybe from climate or maybe from geothermal systems – amplified a natural process that grew the crystals, ripening them over thousands of years.

Source: The origin of large gypsum crystals in the Geode of Pulpí (Almería, Spain)