Scientists have discovered what’s now Earth’s oldest known forest, at a sandstone quarry near Cairo, New York. They found three types of ancient trees, with what they called “surprisingly modern root systems,” dating back to 386 million years ago. Analysis of these trees suggests our world’s transition toward forests as we know them today began several million years earlier than formerly believed. The findings – published in the December 19, 2019, issue of the journal Current Biology – shed new light on the early evolution of the trees that help shape and reshape our planet’s surface, oceans and air.

The team consisted of scientists at Binghamton University, New York State Museum and Cardiff University. These researchers mapped over 3,000 square meters (around 3/4 of an acre) of the forest at an abandoned quarry in the foothills of the Catskill Mountains, at the northeastern end of the Allegheny Plateau. A statement from Binghamton University explained:

While sifting through fossil soils in the Catskill region … researchers uncovered the extensive root system of 385-million-year old trees that existed during the Devonian Period. While seed plants didn’t appear until some 10 million years later, these preserved root systems show evidence of the presence of trees with leaves and wood – both of which are common in modern seed plants.

The Devonian Period represents a time in which the first forest appeared on planet Earth. The effects were of first order magnitude in terms of changes in ecosystems, what happens on the Earth’s surface and oceans, CO2 concentration in the atmosphere and global climate.

So many dramatic changes occurred at that time as a result of those original forests that, basically, the world has never been the same since. 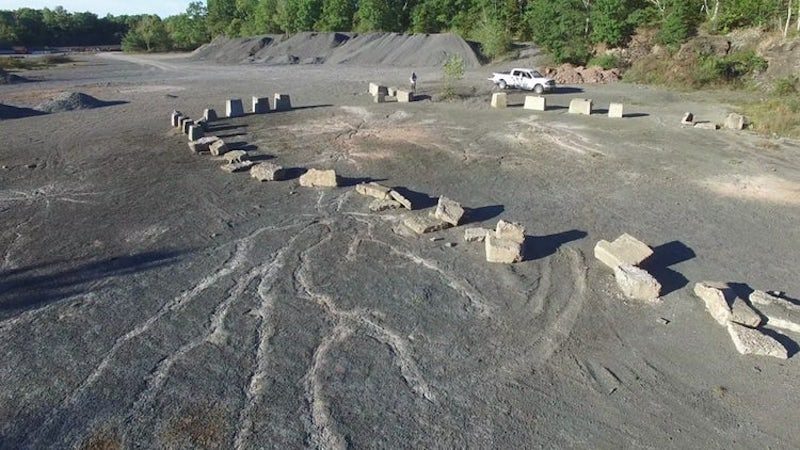 Some of the fossilized roots uncovered at the quarry near Cairo, New York. Via Cardiff University.

Before this new discovery, in 2012, Stein and his team had conducted research at the fossil forest at Gilboa in New York State, often described as Earth’s oldest known forest. Their statement explained:

The discovery at Cairo, about a 40-minute drive from the original site, now reveals an even older forest with dramatically different composition.

The Cairo site presents three unique root systems, leading Stein and his team to hypothesize that much like today, the forests of the Devonian Period were heterogeneous with different trees occupying different places depending on local conditions.

First, Stein and his team identified a rooting system that they believe belonged to a palm tree-like tree called Eospermatopteris. This plant, first identified at the Gilboa site, had relatively rudimentary roots. Like a weed, Eospermatopteris likely occupied many environments, explaining its presence at both sites. But its roots had relatively limited range and probably lived only a year or two before dying and being replaced by other roots that would occupy the same space.

The researchers also found evidence of a tree called Archaeopteris, which shares a number of characteristics with modern seed plants. Although this tree behaved more like a fern during reproduction, by releasing spores into the air instead of forming seeds, it had early hints at what would one day become seed plants: Archaeopteris is the first known plant to form leaves, and was a large woody plant formed from secondary tissues. At Cairo, this tree was now found to also have a strikingly modern underground system allowing for continuous expansion of roots accommodating continuous growth of a long-lived larger type of tree, and potentially dominating the local forest ecosystem. 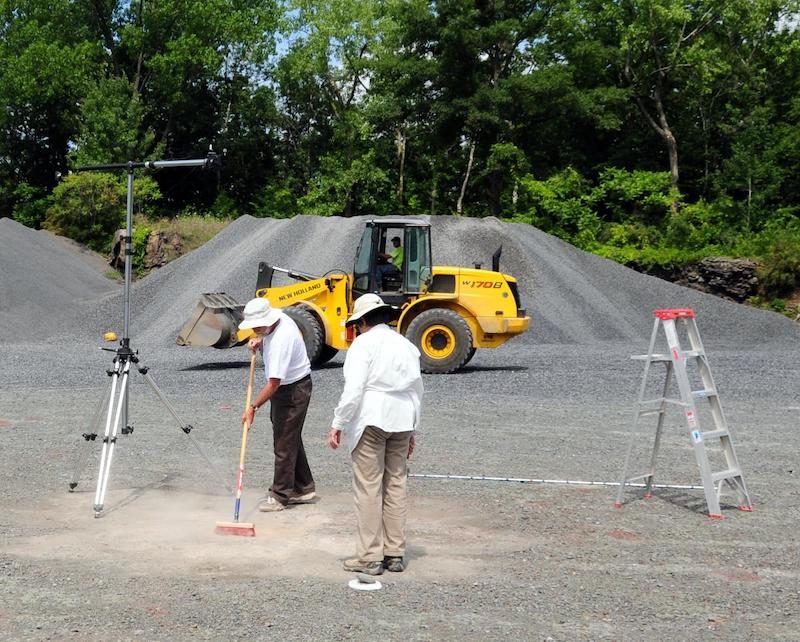 Archaeopteris seems to reveal the beginning of the future of what forests will ultimately become. Based on what we know from the body fossil evidence of Archaeopteris prior to this, and now from the rooting evidence that we’ve added at Cairo, these plants are very modern compared to other Devonian plants. Although still dramatically different than modern trees, Archaeopteris nevertheless seems to point the way toward the future of forests.

Stein and his team were also surprised to find a third root system in the fossilized soil at Cairo, belonging to a tree thought to only exist during the Carboniferous Period and beyond: “scale trees” belonging to the class Lycopsida. Stein explained:

What we have at Cairo is a rooting structure that appears identical to great trees of the Carboniferous coal swamps with fascinating elongated roots. But no one has yet found body fossil evidence of this group this early in the Devonian. Our findings are perhaps suggestive that these plants were already in the forest, but perhaps in a different environment and earlier than generally believed. Yet we only have a footprint, and we await additional fossil evidence for confirmation.

Co-author of the study Chris Berry of Cardiff University commented:

It is surprising to see plants which were previously thought to have had mutually exclusive habitat preferences growing together on the ancient Catskill delta.

These researchers believe the forest was eventually wiped out by a flood, due to the presence of many fish fossils that were also visible on the surface of the quarry. 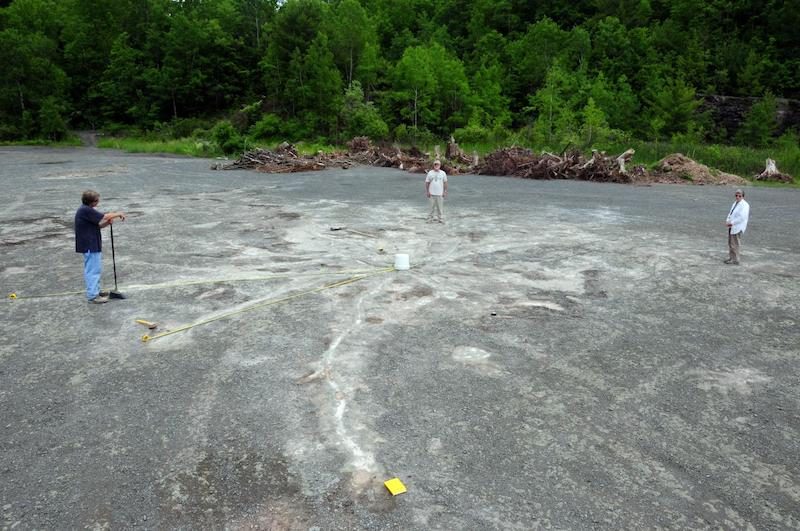 Bottom line: The oldest known forest, dating to 386 million years ago, was uncovered by scientists at a quarry near Cairo, New York. Their discovery provides new insights into the early evolution of trees that helped reshape our planet and was published in the December 19, 2019, issue of the journal Current Biology.