Researchers have found microplastics deep in the sand on beaches where sea turtles lay their eggs. 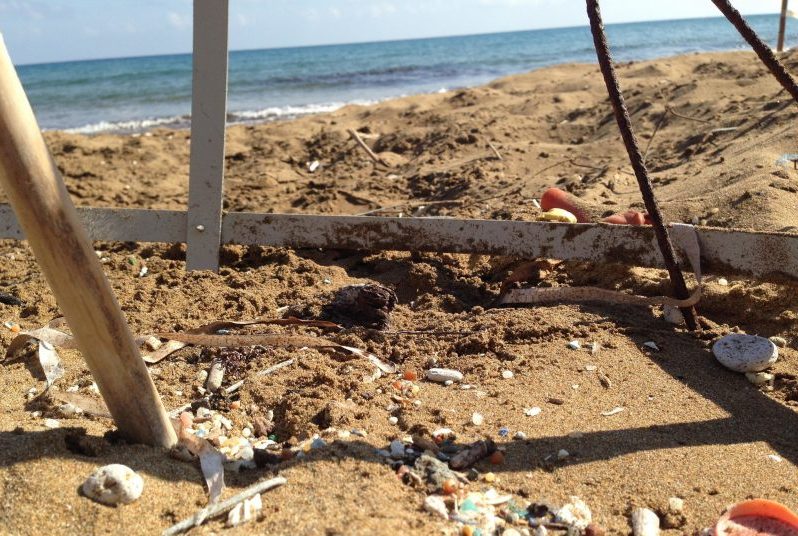 Microplastic pollution on a beach in Cyprus. Image via Jessica Arrowsmith.

Microplastics found deep in the sand on beaches where sea turtles lay their eggs could disrupt hatching success and alter the ratio of females and males born. That’s according to a new study published in the November 2018 issue of the journal Marine Pollution Bulletin.

Microplastics, tiny pieces of plastic debris – defined as less than 5mm (1/5 inch) in diameter – come from numerous sources including discarded plastic items that have broken apart, microbeads from cosmetics and microfibers from clothes.

Scientists from the University of Exeter found an average of 5,300 particles of plastic per cubic meter at depths of two feet (60 cm) on beaches on the island of Cyprus in the in the eastern Mediterranean. The beaches are used for nesting by green turtles and loggerheads. At the surface, the scientists found up to 130,000 fragments of plastic per cubic meter – the second-worst level ever recorded on a beach (the worst was in Guangdong, South China).

A separate study by scientists from Florida State University of loggerhead turtles on the beaches bounding the Gulf of Mexico suggests that increasing microplastic accumulation along the Gulf’s beaches could alter the composition of shoreline sand and jeopardize the turtles’ sensitive incubation environments. 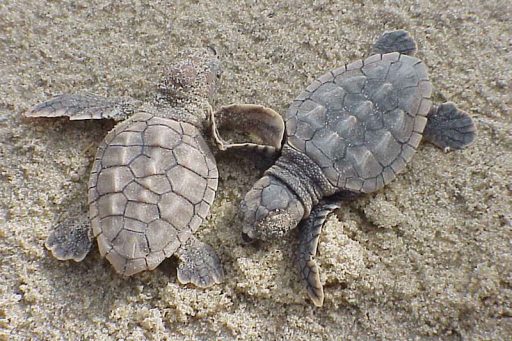 Researchers said that, if conditions worsen, such pollution could eventually begin to affect hatching success and even the ratio of male and female turtle hatchlings. Emily Duncan, of the University of Exeter, is lead author of the Cyprus study. She said in a statement:

We sampled 17 nesting sites for loggerhead and green turtles and found microplastics at all beaches and all depths.

Microplastics have different physical properties to natural sediments, so high levels could change the conditions at hatching sites, with possible effects on turtle breeding. For example, the temperature at which the egg incubates affects the sex of the hatchling – with females more likely in warmer conditions.

Brendan Godley, of the University of Exeter, is a study co-author. Godley said:

View larger. | Plastics are the most common form of marine debris. They can come from a variety of land and ocean-based sources; enter the water in many ways; and impact the ocean and Great Lakes. Once in the water, plastic debris never fully biodegrades. Yellow text in the above graphic shows sources of plastic that eventually end up in the ocean. Orange text shows ways that these plastics move into the ocean. Red text provides examples of the harmful impacts of this debris. Read more from NOAA.

Bottom line: Microplastics have been found in the sand on beaches where sea turtles lay their eggs.