Learn to recognize the wildlife out your window

With careful observation, you can start to recognize a particular squirrel, or that certain cardinal pair that hangs out on your feeder. 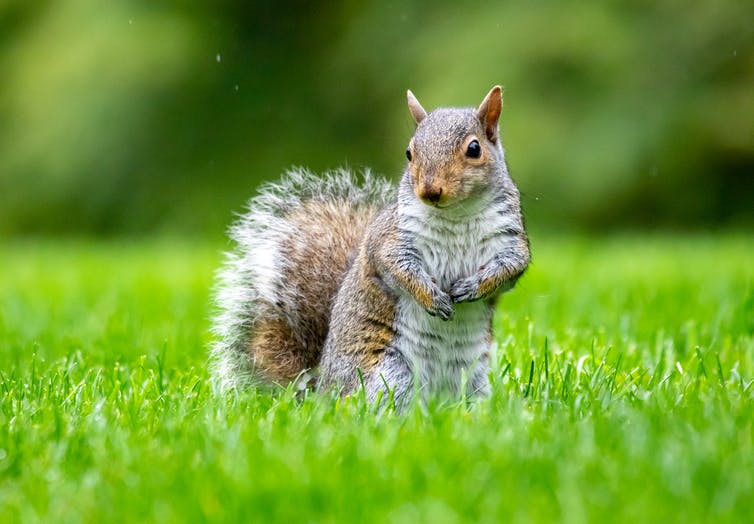 Is it a single busy squirrel you’re watching every day? Or is it a cast of characters? Image via Julian Avery/ The Conversation.

Watching the wildlife outside your window can boost your mental well-being, and it’s something lots of people have been doing a lot more of lately.

Maybe you’ve been wondering if you’re seeing one persistent gray squirrel or a rotating cast of furry characters. Maybe you’ve been thinking about which birds are passing through for the season and which are townies who stick around all year.

As a wildlife ecologist, I’ve learned to pay attention to patterns that show me what the animals outside my window are up to, and I usually know which individuals are my regulars.

Whether you’re spying on animals in a city, town or rural area, with a little background knowledge, you too can keep tabs on the private lives of your neighborhood critters.

For many species, winter is a time when individuals compete less with one another and gather in large groups.

For example, eastern cottontail rabbits congregate around areas with plenty of food and places to escape to. Birds form large mixed-species flocks, which helps them better find food and avoid being hunted. They even form temporary allegiances as they forage together, following specific individuals who help determine where the flock goes.

Seasonal migration means the abundance of particular species in one location can change over the course of the year. Image courtesy eBird.org

As the season changes to spring, migratory species start arriving. A steady parade of individuals moves through the neighborhood. As animals transition to their breeding season, plumage and appearances may change as they work to attract mates. For many species, defense of a piece of land becomes an overriding concern.

During the summer months, adult animal numbers stabilize, and the drive to establish a territory means you’re likely to have the same individuals active outside your windows for the majority of summer. 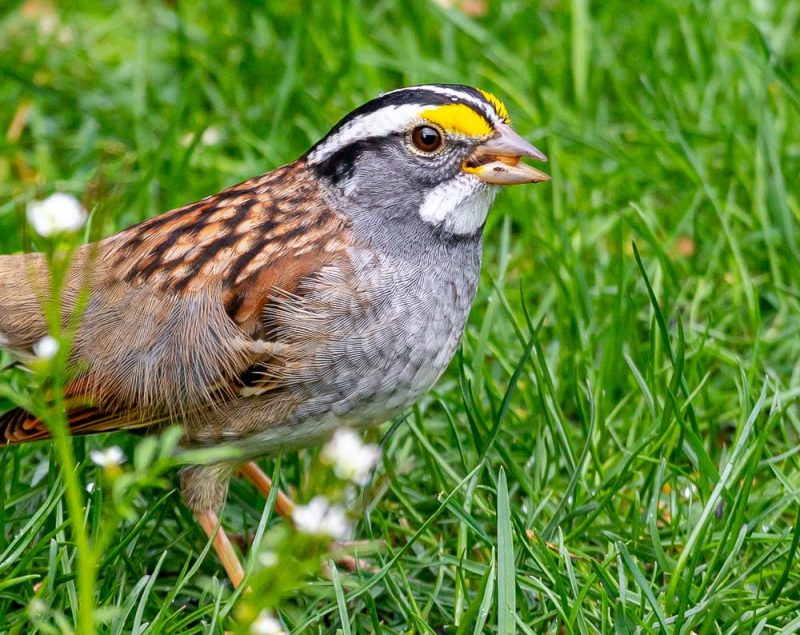 This white-throated sparrow is molting into breeding plumage before heading on to summer grounds. Image via Julian Avery/ The Conversation.

Splitting up the neighborhood

A territory is a chunk of habitat. Its size will vary depending on the amount of food and breeding resources it holds. A territory with few trees, for example, may need to be bigger to hold enough forage for the animal that owns the turf.

Territory sizes for different species can range from the size of a large kitchen table (common lizards like green anoles and skinks) to an area greater than 120 football fields [about 650,000 sq meters] (a raptor such as the Cooper’s hawk). The cool thing is that animal home ranges are governed by their own needs and often do not follow the lines of human fences and alleyways. 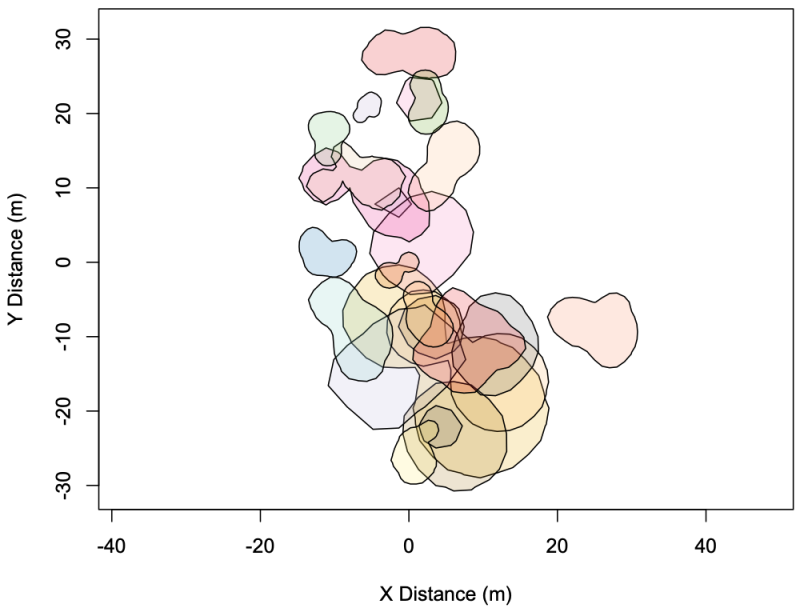 A territory map for anoles shows how these lizards each have their own home turf that can overlap with neighbors. Habitat in this case included individual trees and a fallen log toward the bottom of the map which offered basking and display space Image via Jordan Bush.

I like to think of animal territories as quilts that drape over your neighborhood. For some species, like anoles, the squares in that quilt will have many small and intricate pieces, and you could fit many quilt pieces within each individual human property boundary. Some of those pieces will even overlap other patches.

If you’ve become familiar with the animals in your neighborhood, chances are you’ll see some of the same individuals again year after year. Eastern cottontails are likely to live up to three years in the wild, and they stay in the same general territory throughout their lives. Even the young have a tendency to stay close to their birthplace.

Researchers have recaptured gray squirrels year after year in their original territories. On average, these critters survive about six years and can live longer than 20.

Birds also have long lives and will often stay in the same territory year after year. However, when eggs don’t hatch or young die in the nest, some birds may choose a new territory the following year. This means there can be high turnover in your local bird network if the local habitat is unpredictable or full of urban predators.

Birds that don’t migrate and stay in residence year-round, like chickadees, often have a tendency to stay in the same area, which means you’ll be seeing the same individual birds outside your window across seasons.

Some species will have territories that don’t overlap much at all. For others, the overlap can be extensive.

This means that generally during the breeding season, you could be watching many gray squirrels visiting outside your window.

There may also be a couple of male cottontails, but probably a single female because they tend to not overlap with other females.

Maybe you’ll spy the same pair of cardinals along with a reliable pair of chickadees. If you’re watching closely like I was the other day, you may get lucky and catch another male cardinal from the territory next door trying to flirt with your female, at least until her mate realizes what’s about to happen. That is a clue to the invisible lines birds have drawn between their own domains. 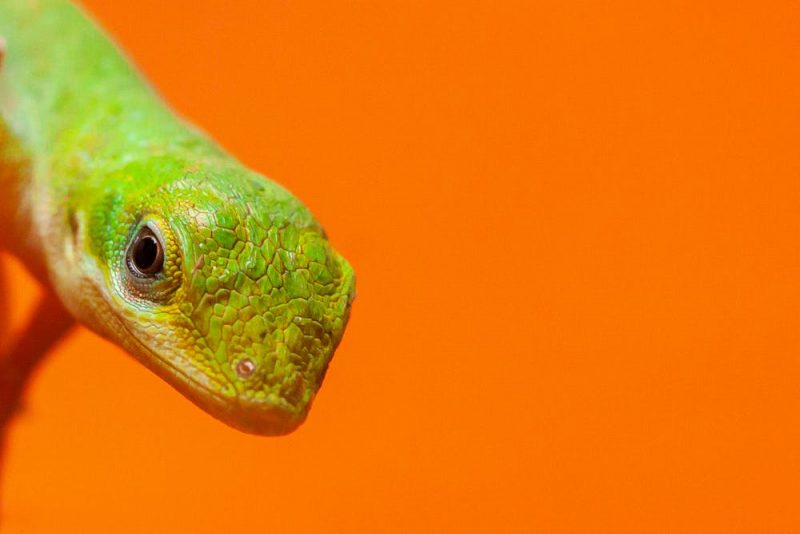 Plenty of anole territories can fit into one human-scaled backyard. Image via Julian Avery.

When it comes to smaller animals, like lizards and insects, all bets are off for how many unique individuals are present outside your window. But you can expect more of everything as the number of native plants increases.

If you’re interested in trying to keep track of particular wildlife friends through the window, try to watch for identifying marks. 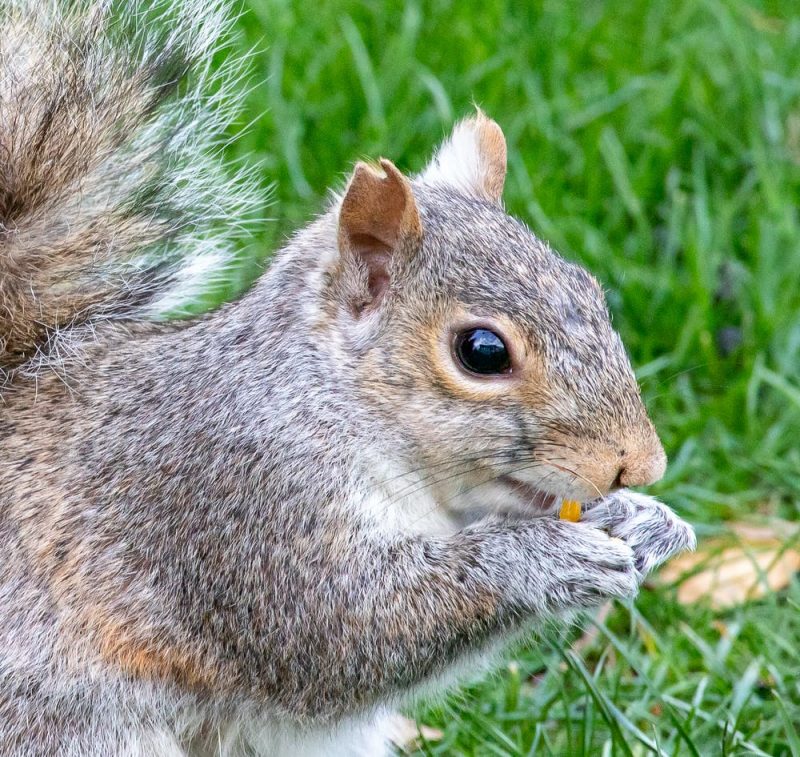 Natural markings like a torn ear can help you keep track of individuals. Image via Julian Avery.

In my research, I attach colored bands to bird legs or mark the scales of turtles and snakes so we can figure out how many exist in an area. Many animals have enough individual variation that you can keep track of them using their natural unique marks and scars. Squirrels can have torn ears or injured tails, lizards can have unique scars or healed injuries, and birds can have subtle differences in color or pattern.

Also try paying attention to the maximum number you see at any one point. Where do they go after eating or basking? You may get lucky and spy a nest or resting place. See if you can spot other individuals coming from different directions and territories. 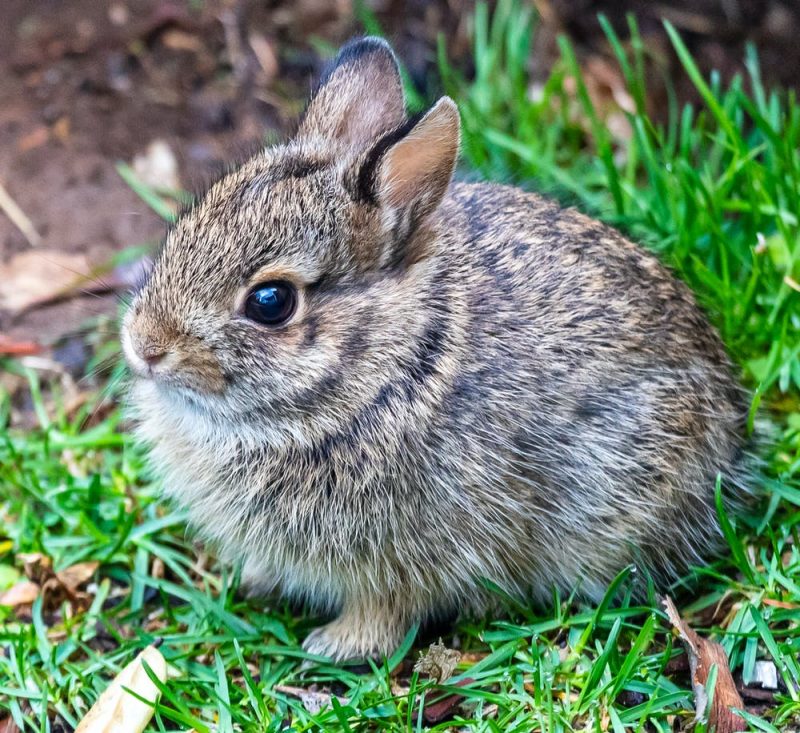 At my house, we had a nest of rabbit kits born under our deck. I thought there was only one surviving newborn because we never saw more than one offspring. Two weeks later, there were three babies foraging simultaneously in the yard, and it became clear that they’d previously been taking turns coming out of hiding.

If you start watching closely, I think you’ll find so much drama happening in your neighborhood that you may get hooked on the action.

Bottom line: Tips to recognizing individual birds, squirrels, and other wildlife out your window.