The ASTER 3D map is the most complete digital topographic map of Earth.

NASA and the Ministry of Economy, Trade, and Industry (METI) of Japan released an improved version of the most complete digital topographic map of Earth on October 17, 2011, covering 99 percent of Earth’s landmass and produced with detailed measurements from NASA’s Terra spacecraft.

The map, a global digital elevation model, was created from images collected by an instrument aboard Terra, the Japanese Advanced Spaceborne Thermal Emission and Reflection Radiometer (ASTER). Stereo-pair images were produced by merging two slightly offset two-dimensional images to create the three-dimensional effect of depth.

The map is available online to users everywhere at no cost, by going here or here.

Below are two images captured by ASTER and Terra. Click on the images for an expanded view. 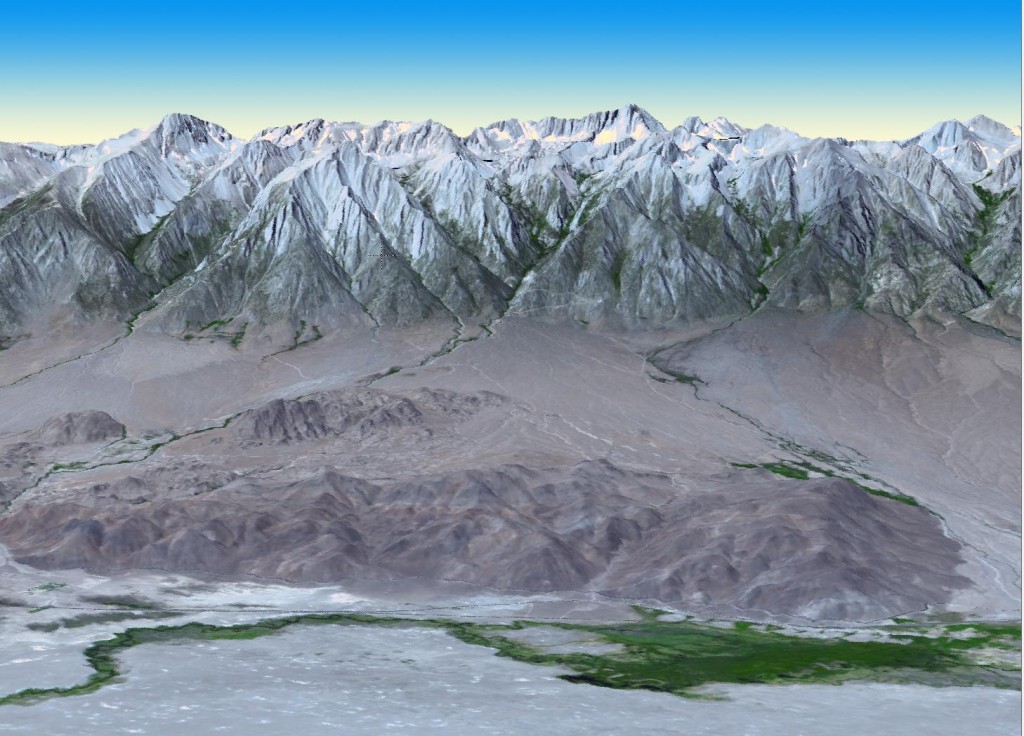 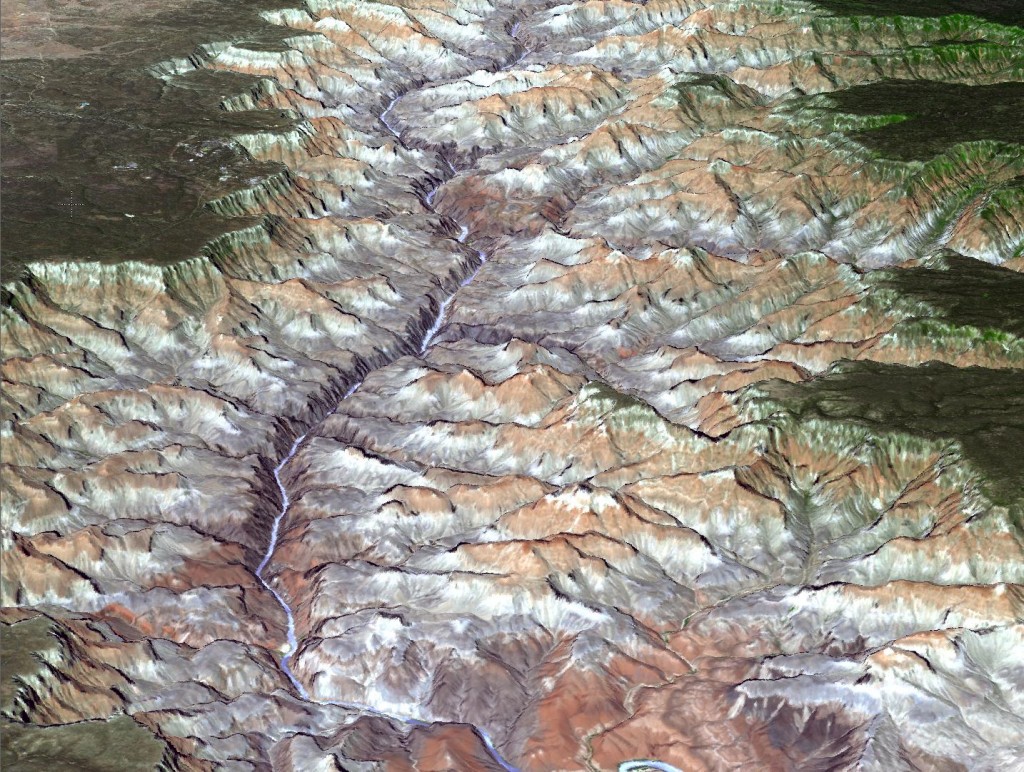 The Grand Canyon, looking west. The tourist facilities of Grand Canyon Village are visible in the upper left. The higher-elevation North Rim is visible on the right. Image Credit: NASA/GSFC/METI/ERSDAC/JAROS, and U.S./Japan ASTER Science Team

The first version of the map was released by NASA and METI in June 2009. The improved version of the map adds 260,000 additional stereo-pair images to improve coverage. It features improved spatial resolution, increased horizontal and vertical accuracy, more realistic coverage over water bodies and the ability to identify lakes as small as 0.6 miles (1 kilometer) in diameter.

This updated version of the ASTER global digital elevation model provides civilian users with the highest-resolution global topography data available. These data can be used for a broad range of applications, from planning highways and protecting lands with cultural or environmental significance, to searching for natural resources.

Bottom line: An improved version of the most complete digital topographic map of Earth was released on October 17, 2011, by NASA and the Ministry of Economy, Trade, and Industry (METI) of Japan. The map is free online to everyone.