New research suggests the tiny birds may have what might be called an episodic memory – a trait previously thought unique to humans.

When it comes to having a good memory, elephants tend to top the tables, with goldfish always coming last. But what most people don’t realize is that hummingbirds also have stellar memories.

Now, the latest research suggests the tiny birds may have what might be called an episodic memory – a trait previously thought unique to humans.

Episodic memory is a type of memory for specific events and experiences. So, as well as your overall recall of what happened, episodic memory also involves remembering where and when. This means you remember events in their original context. 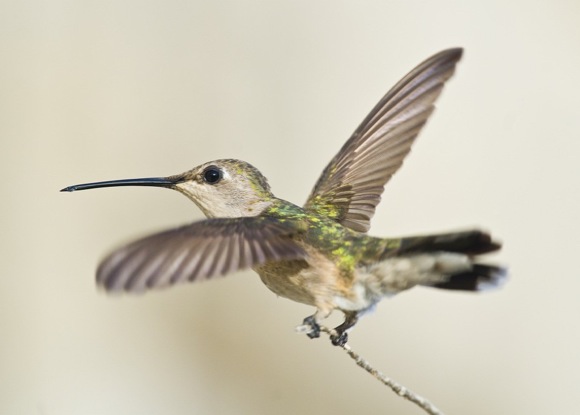 The study found that rufous hummingbirds find the when part of these memories the most difficult to recall.

Dr. Susan Healy from the University of St Andrews, led the study, published in Proceedings of the Royal Society B. She said:

The birds at good at remembering where a flower is, and they make ‘what’ mistakes a lot, which they correct. But the time component seems to be the most difficult for them to learn. 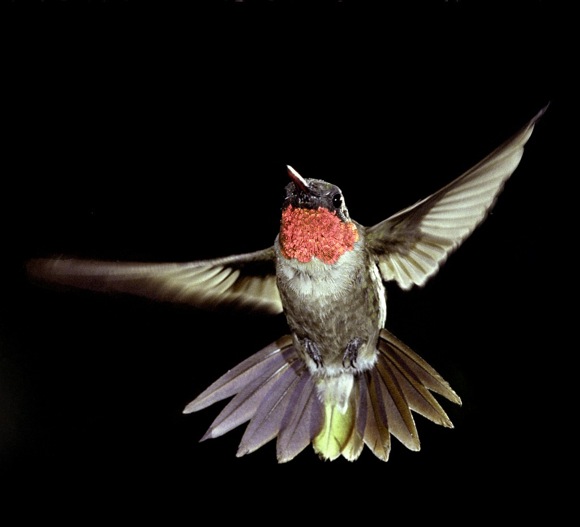 To demonstrate episodic-like memory, scientists must show that an animal can integrate the what, where and when aspects of a past event and use it to guide behaviour. But the current definition of episodic memory focuses on a subjective experience, suggesting it relies on being able to imagine ourselves in the past. Healy explained:

The problem of course is that because episodic memory is about an individual’s experience, it’s virtually impossible to directly test for that in animals.

So, she and her colleagues from the universities of St Andrews, Lethbridge and Edinburgh tested the birds’ ability to remember the separate aspects of what, where and when. She said:

Because episodic memory seems to be made of three different parts, that are dissociable, we can test for each element separately.

It follows that it’s possible these elements will be remembered to differing degrees. For example, the ‘what’ and ‘where’ part of your memory – “I remember swimming in the sea on that lovely, hot sunny day” – might be remembered to a different extent to the ‘when’ part – “was that two or three years ago?” 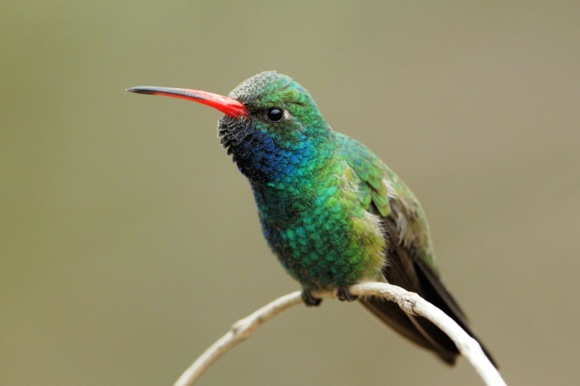 Healy and her colleagues set up an experimental system that let them manipulate the various components of episodic memory to test rufous hummingbirds’ ability to remember the what, where and when of an event.

In the morning, they presented each of 18 wild, male rufous hummingbirds living in Canada with an array of four flowers, each a different colour – blue, red, pink and purple. Only one was filled with a sugar solution, while the others contained water. The researchers let the birds visit the array until they had fed from the sucrose-filled flower six times. They then removed the array.

They did the same in the afternoon, but this time, the flower filled with a sugar solution was a different color.

They found that when the birds did make mistakes, it was usually because they failed to remember one aspect of the what, where or when, which they soon corrected. But, of the three elements, they seemed to struggle most with remembering when. Healy said:

Scientists currently think the three elements of episodic memory may be stored separately in our brains, which means memories are reconstructed as they’re recalled. Our research suggests that hummingbirds store this information in the same way.

The finding is even more surprising considering the birds’ size – a male rufous hummingbird weighs less than a UK one pence coin, and has a wingspan of just 11cm.

It might actually be more fruitful to test for failures in memory recall.

We typically generalise when recalling events. For example, if people are presented with words like ambulance, doctor, operation, and are then asked to recall which words they were shown, they’ll frequently say a word that’s associated with those words, like hospital.

How you’d test for these kinds of error in animals is another matter. But Healy says it would probably be easier to target this, given the difficulty of measuring episodic memory proper in animals.

The study was funded by NERC and NSERC.