What is a fairy ring?

Have you ever noticed mushrooms growing in a big circle? It’s known as a fairy ring. How does it happen?

My girlfriend and I saw this big circle of mushrooms. She said ‘Wow a fairy ring!’ I’ve actually noticed this before – mushrooms growing in big circular patterns. What causes it?

That circular pattern of mushrooms is known as a fairy ring from the old belief that fairies danced inside the circle of mushrooms. 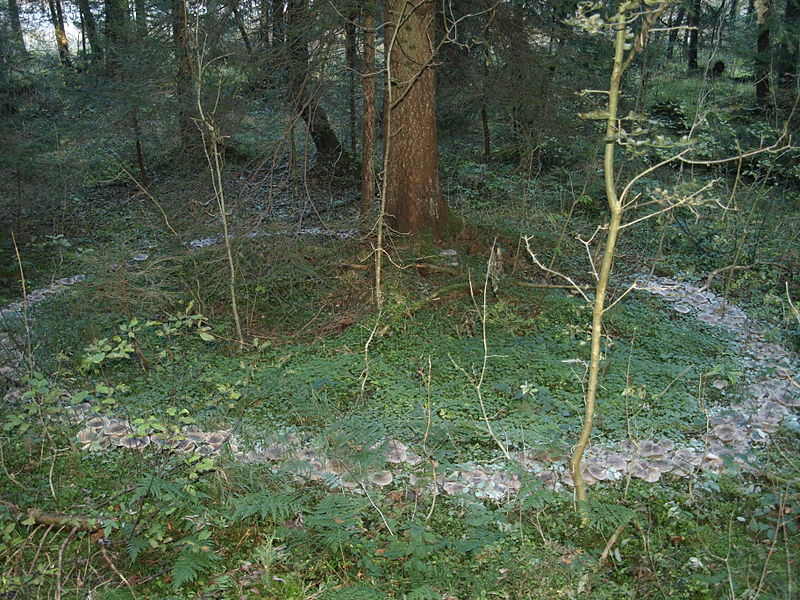 Have you seen a fairy ring? Share your photo!

Only a few kinds of mushrooms form fairy rings. You might’ve seen the mushroom called the Giant Puffball. Mushrooms are a type of fungus, and fairy rings form as a result of the way certain types of fungi grow.

What happens is that these fungi start growing underground from a single spore. The spore sprouts a tangle of tube-like threads, which spread out horizontally in all directions – like spokes radiating from the hub of a wheel.

That’s what gives rise to the circular pattern. The part of the fungus you see – the mushrooms – springs up at the edge of the circle.

You can sometimes see rings of mushrooms from the air as dark green circles surrounding patches of dead grass. As the fungus grows, it gradually decomposes the grass in its path. The dark green color of the fairy ring arises from the release of phosphorus and nitrogen from the most recently decomposed grass.

Scientists can measure the advance of a fungus from the increasing size of a fairy ring – so they can figure out when the ring started to grow. Some fairy rings have been found that may have been growing for hundreds of years. 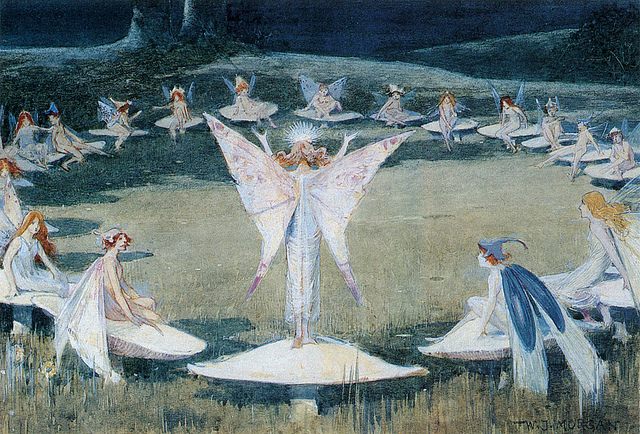 Bottom line: Mushrooms growing in a circle are known as a fairy ring. They begin as a single spore that sprouts a tangle of tube-like threads, which spread out horizontally in all directions – like spokes radiating from the hub of a wheel.