The scientists utilized a NOAA research airplane to measure trace gases and aerosols two months following the well failure in 2010.

Ann M. Middlebrook, a scientist at NOAA ESRL’s Chemical Sciences Division, led the research team, which published their results on December 19, 2011 in a special issue of Proceedings of the National Academy of Sciences. A controlled burn of oil from the Deepwater Horizon well in the Gulf of Mexico. Photograph: Ann Heisenfelt/EPA

The Deepwater Horizon oil spill in the Gulf of Mexico in 2010 was the largest offshore oil and natural gas spill in the history of the petroleum industry. Environmental concern over the massive amount of oil and natural gas released into the Gulf’s waters from the spill has largely focused on the health of marine life, degradation of coastal ecosystems, and the spill’s impact on the fishing and tourism economies in the Gulf region.

However, air quality is also impacted by an oil spill. Carcinogens and aerosols that cause respiratory problems are released into the atmosphere by the partial evaporation of oil when it reaches the surface. Soot and large particulate matter are also released to the atmosphere when oil is burned from the water’s surface as part of cleanup efforts. 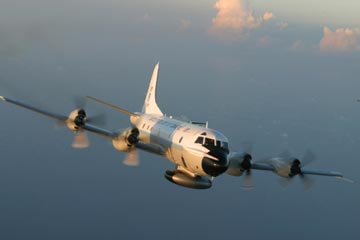 The scientists utilized the National Oceanographic and Atmospheric Administration’s WP-3D Orion research airplane to measure trace gases and aerosols two months following the well failure in 2010. They collected air samples close to and downwind from the spill site within the Gulf of Mexico. The team also measured byproducts of evaporated oil and cleanup efforts just above the surface from several ships near the spill site.

The largest emissions to the atmosphere from DWH were hydrocarbons such as benzene, toluene and naphthalene formed from evaporated oil that reached the ocean surface from the blown well. About 4% of oil burned during cleanup efforts became soot particles that entered the atmosphere. The burned oil also released NOx, which reacts to form ozone in the atmosphere and is a main component of smog. Plumes of smoke from oil burns are seen near the site of the Deepwater Horizon oil spill in the Gulf of Mexico on June 19. Via Nola.com

When organic aerosols, soot particles and NOx released from evaporated or burned oil enter the atmosphere, they chemically react with other compounds and sunlight to form secondary aerosol compounds (SOAs) like peroxyacetyl nitrate (PAN) and ozone (O3) that have the same health risks as their precursors. Near the Deepwater Horizon oil spill site, the mass of SOAs measured by the NOAA flight was much higher than known polluted areas of the Gulf of Mexico – for example, the Houston Ship Channel. Once airborne, these SOAs can travel large distances depending on weather conditions and prevailing winds, and SOAs likely emitted from the Deepwater Horizon oil spill site were measured about 30 miles (47 km) downwind of the spill.

The Deepwater Horizon oil spill was a disastrous event. But it has now provided useful information to think about the atmospheric impact of future oil spills. The type of oil spilled is important, because different crude oils have different amounts of potentially evaporable compounds like benzene. The authors of the December 2011 paper in the Proceedings of the National Academy of Sciences stress that the type of marine environment in which the spill occurs is also vital to understanding the release of contaminants to the atmosphere.

In this case, the oil well malfunction occurred approximately 1,500 meters (about 5,000 feet) below the water surface of the Gulf of Mexico. If the spill had occurred in shallower waters, less oil would have been dispersed throughout the water column but more oil would have reached the sea surface. The warm waters of the Gulf of Mexico favor greater evaporation of hydrocarbons once oil reaches the surface than would be expected in colder climates. If a spill occurred near an urban area with high levels of NOx and soot, the release of additional hydrocarbons and soot from surface oil, and burning as a cleanup effort would increase the amount of SOA’s. While the hydrocarbons released from evaporating oil have a short life span in the atmosphere on the order of hours to days, the authors’ downwind measurements of secondary aerosol plumes suggest that the transformation of those compounds likely impacted the air quality of the Gulf Coast.

Bottom Line: The 2010 Deepwater Horizon oil spill (also referred to as the BP oil spill, the Gulf of Mexico oil spill, the BP oil disaster, or the Macondo blowout) created levels of ozone over the Gulf of Mexico similar to what occurs in large urban areas. Ann M. Middlebrook and others published this result on December 19, 2011 in a special issue of Proceedings of the National Academy of Sciences.