Dogs, monkeys and dolphins all show expressions akin to human smiles. Sharks may look as if they’re smiling, but are they, really? 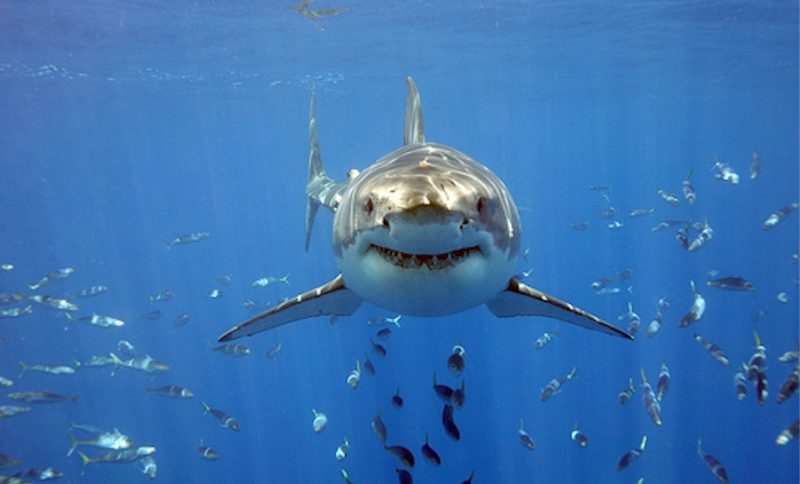 Is this shark smiling? Photo via Aquaviews Online Scuba Magazine.

Dogs, monkeys and dolphins all show expressions akin to human smiles. And sharks do sometimes look as if they are smiling. But do they really smile? Not likely. In sharks and other fish, the parts of the brain related to feelings aren’t developed enough to produce a smile.

Some animals do apparently show feelings such as happiness, anger and fear. Dogs, cats, dolphins, and monkeys can be especially expressive. All of these creatures show facial expressions akin to human smiles. Scientists have traced intelligence in mammals like these to certain parts of the brain, related to the cerebral cortex – which is also highly developed in people. But smiling sharks? 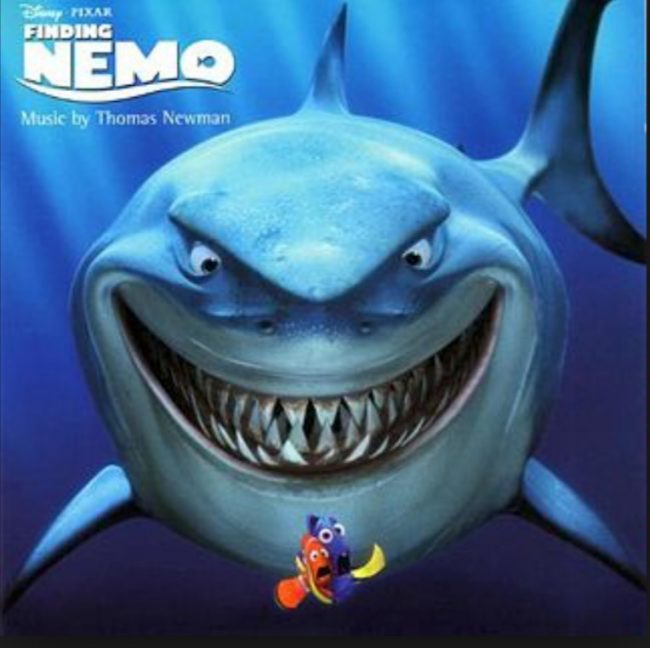 Did you see the Disney film “Finding Nemo“? Then you know Bruce, who is almost always smiling and whose refrain is: “I am a nice shark, not a mindless eating machine. If I am to change this image, I must first change myself. Fish are friends, not food.”

In sharks and other fish, the parts of the brain related to feelings are much less developed than in some mammals. Sharks do communicate, by twisting their bodies into certain positions. They act differently from day to day, depending on how much food they’ve eaten or how cold the water is. But those are probably behaviors, not emotions. And even though a shark’s body is made of flexible cartilage, its jaws are rigid and calcified. A strong jaw lets a shark pulverize its food, but the same rigidity makes a smile impossible.

All living things respond to their environment in some way. For example, jellyfish – which have nervous systems but no brains – can change their behavior in response to certain stimuli. So can single-celled bacteria and amoebas. Even worms can be conditioned to move toward or away from things. Scientists call this learning – reacting to the environment with changes in behavior.

Actual intelligence is a much trickier concept to define. College admissions officers deal with this question every day: how do you measure how smart somebody is? It gets even harder with animals, who can’t tell us how they’re feeling or what, if anything, they’re thinking.

On the other hand, some sharks really do look as if they’re smiling, like the lemon shark that made the rounds on Twitter in 2016, after being caught on film by Kenneth “Wayne” MacWilliams in Juniper, Florida.

Smiling seems to be instinctual in people, as a basic form of communication. When someone smiles, we usually read the smile as happiness. Likewise, a frown signals sadness. Attributing emotions to animals is almost irresistible for most people, but that urge may sometimes say more about us than it does about them. On the other hand, it could be we just don’t understand how to read the emotions of these animals. Marine biologist Steven Webster, now retired from Monterey Bay Aquarium and currently head of Sea Studios Foundation, once told EarthSky:

We don’t know if fish or turtles have emotions, and we’ll never know. It could be that sharks are out there chuckling and writing poetry every day, and they just don’t share it with us. 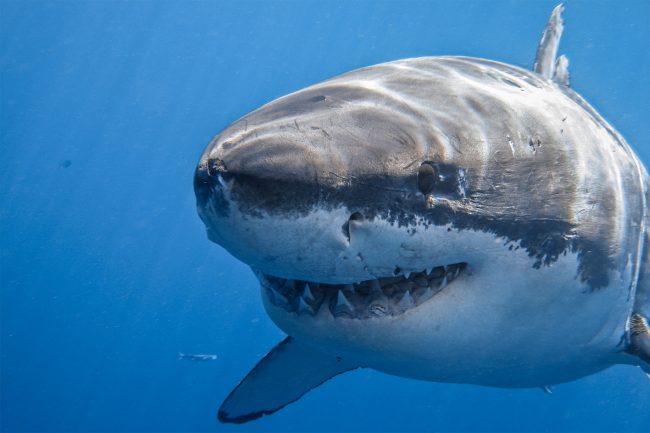 How about this shark? Smiling? Photo via Sharkpix.com.

So can sharks smile? It’s not likely. And scientists warn against reading too much into animal faces and behaviors. That sort of anthropomorphizing – attributing human form or behavior to animals – can get in the way of scientific objectivity, they say.

Still, future scientists are sure to discover more about sharks’ relationship with their world, giving us all a better glimpse into the lives of the creatures who co-inhabit planet Earth with us.

Bottom line: Can sharks smile? Not likely. But dogs, monkeys and dolphins all show expressions akin to human smiles.