How natural can seawater be, in a large inland aquarium? Researchers at Georgia Aquarium in Atlanta were happy to learn that bacteria in their indoor exhibit mimicked those in the world’s oceans.

Researchers have discovered that the bacteria in the water in a large exhibit at Georgia Aquarium in Atlanta, Georgia are similar to those that exist naturally in the ocean.

Cleaning aquariums means cleaning the water of waste like ammonia, nitrites and nitrates. Bacteria help break down nitrogen compounds, and in a new study, published September 29, 2018, in the peer-reviewed journal Applied and Environmental Microbiology, researchers found that some bacterial communities in the aquarium emulated those found naturally in oceans.

Frank Stewart, an associate professor of biological sciences at Georgia Tech, was principal investigator of the study, which analyzed the water-cleaning abilities of two bacterial communities in the Ocean Voyager exhibit in Atlanta’s Georgia Aquarium. Ocean Voyager is the largest indoor oceanic exhibit in the United States, with nearly 6.3 million gallons (24 million liters) of constituted sea water and thousands of sea fauna, including whale sharks, manta rays and sea turtles. Stewart said in a statement: 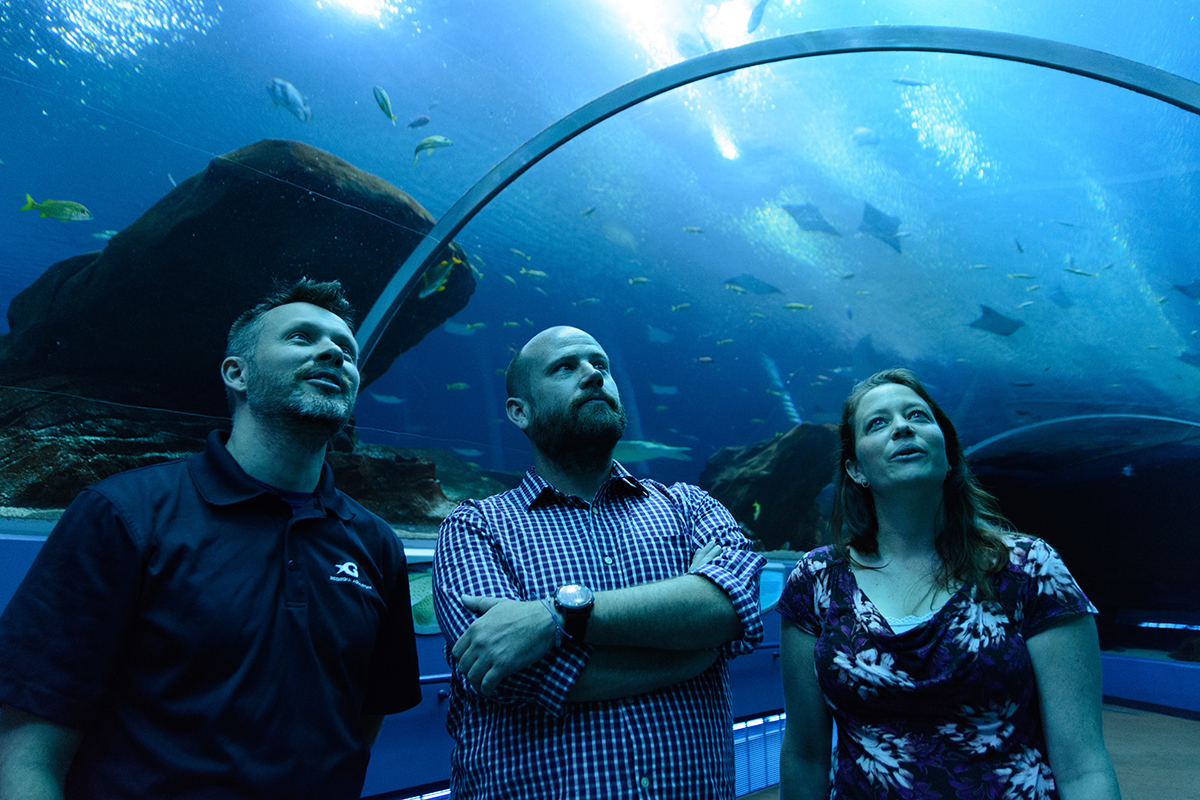 To stay fresh, the aquarium water cascades through a series of cleaning processes. In the tank, as in oceans, bacteria break down excrement, ammonia and other waste, then the aquarium exhibit’s water flows through filters that remove more things, including nitrites.

The water also flows through special bacterial reactors, and by then it’s free from most everything but nitrates, which can become toxic if allowed to build up to high concentrations. In the reactors, colonies of bacteria, the focus of this study, break nitrates down.

The reactors, or “pads,” have nearly no oxygen and offer bacteria sulfur as food. So, anaerobic bacteria gather there to “eat” the sulfur and “breathe up” the nitrates to form nitrogen gas, which can bubble up to the atmosphere. Earth’s atmosphere is naturally about 78 percent nitrogen.

The researchers were surprised and pleased at the diversity of bacteria communities that they encountered in the two pads they studied. Eric Hall collaborated on the research and is Senior Director for Life Support Systems and Water Quality for the aquarium. Hall said:

What is really interesting is how many of a certain species exists in our system and especially finding out what they are doing. These microscopic creatures are not just hanging around but actually doing beneficial things for our water that we didn’t understand this thoroughly before.

You can read more about the varieties of bacteria the researchers found here. 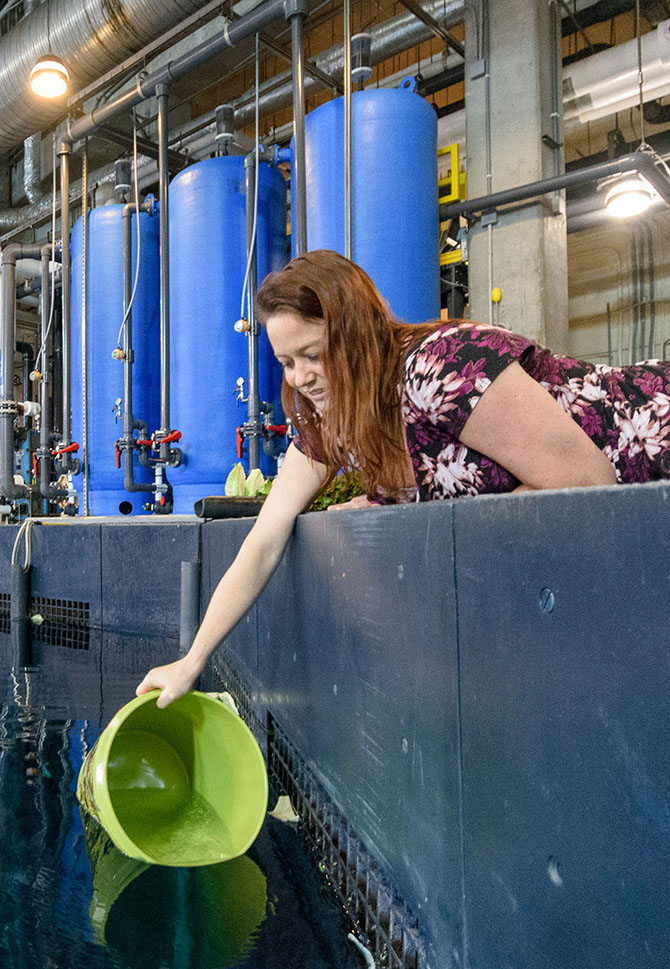 The tall blue tanks are part of a bacterial reactor, where good anaerobic bacteria are breaking down nitrates. Zoe Pratte gathers a water sample for an additional bacterial study. Image via Georgia Tech.