X-rays reveal the violent side of the universe

Astronomers study light from all across the electromagnetic spectrum to piece together the story of the universe.  X-ray astronomy looks at high energy, short wavelength light – over 40 times smaller than the shortest wavelength our eyes can detect.  This light, emitted by gas heated to millions of degrees, provides a glimpse into extreme environments like black holes, neutron stars, and colliding galaxies.

Million degree gas can be found throughout the universe.  In x-ray binary systems, a neutron star or black hole – the very dense remnant of a deceased massive star – is orbiting another star and stealing gas from its companion.  The stolen gas gets caught up in a disk that spirals around the stellar remnant.  The intense gravity of a neutron star or black hole accelerates the spiraling gas to high speeds, heating the material in the disk to extreme temperatures, and causing it to glow in x-ray light.

Any time interstellar gas is rapidly compressed, it can be heated enough to emit x-rays.  The shock front from a supernova can send a wave of x-ray emission rippling through space.  X-rays also permeate galactic clusters – the largest structures in the universe. In a galactic cluster, thousands of galaxies dance around one another, drawn together by their mutual gravitational attraction.  Collisions between member galaxies are fairly common.  The energy released in these titanic clashes is enough to heat the tenuous gas that permeates the cluster.  When observed with x-ray telescopes, galactic clusters appear bathed in a diffuse x-ray glow.  Studying the x-ray emission can tell astronomers a lot about the evolution of galaxies and the nature of the elusive “dark matter” that binds the cluster together. 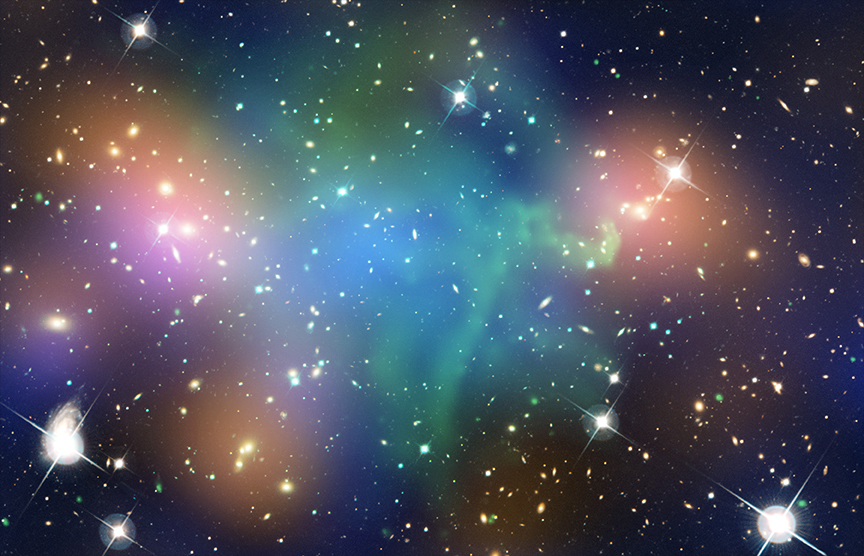 The trouble with cosmic x-rays is they never make it to Earth’s surface.  Our planet’s atmosphere is very effective at absorbing incoming x-rays. That’s good news for us since sustained exposure to such high-energy light is lethal.  But it does mean that if you want to study the x-ray universe, you have to get above the atmosphere.

The first attempt at detecting extraterrestrial sources of x-rays came with a 1949 rocket launch in the deserts of New Mexico.  Detectors in the rocket picked up x-rays coming from the sun.  Now, the sun itself is actually a very weak emitter of x-rays.  At a relatively cool temperature of “only” 6000 degrees Celsius, most of its energy comes out as visible light. What the rocket had detected was the million degree plasma bubble that surrounds the sun: its corona.  Why the gas around the sun is hotter than the sun itself is a long-standing question in astrophysics.  There are many ideas, such as electric currents generated by magnetic fields, but none are fully satisfactory.

What the sun looks like with an x-ray telescope. Taken with the Yohkoh satellite, the image shows the corona: the glowing million degree plasma which surrounds the sun. Credit: Yohkoh (via Wikipedia)

More rockets launched in the early 1960’s stumbled upon x-rays coming from well outside the solar system.  An experiment in 1962 registered x-rays coming from somewhere in the constellation Scorpius.  The source, dubbed Scorpius X-1, turned out to be a neutron star, 9000 light-years away, orbiting another star.  Superheated gas falling onto the neutron star was releasing 60,000 times more energy just in x-rays than all the wavelengths of light emitted by the sun!

Sounding rockets in 1964 found another very unusual x-ray object in the constellation Cygnus the Swan.  Cygnus X-1 was not just an x-ray binary, but the first confirmed observation of a black hole—the remnant core of a supermassive star whose gravity is so intense that it can no longer emit light.  At a distance of 6100 light-years from Earth, Cygnus X-1 is the black hole companion to a blue supergiant.  By measuring how quickly the blue star is being whipped around in space, astronomers were able to figure out that the black hole contains the mass of 15 suns!  Since black holes don’t emit any light of their own, this is one of the only ways that astronomers can locate and study these very strange and poorly understood creatures. 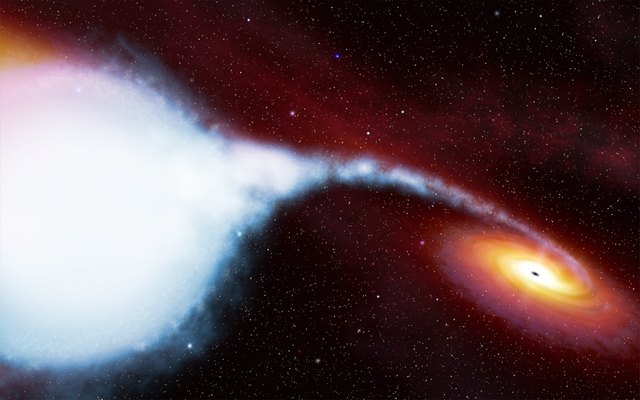 Artist’s rendition of Cygnus X-1: a black hole siphoning gas off an orbiting blue supergiant star. As the gas falls into the black hole, it is heated to over one million degrees, emitting x-rays. Both are 6100 light-years away in the constellation Cygnus. Credit: NASA/ESA

The problem with sounding rockets is they are above the atmosphere for only a few minutes.  This limits astronomers to only getting a quick peek at the x-ray sky.  The introduction of x-ray telescopes on Earth-orbiting satellites in the late 1970’s changed all that.  In the intervening decades, researchers have discovered a sky littered with pinpoints of x-ray light: the sites of neutron stars and black holes.  Closer to home, satellites have revealed an x-ray glow emanating from all across the sky.  What they’re seeing is the inside of a gargantuan gas bubble – 300 light-years across – in which the solar system resides.  Dubbed “The Local Bubble”, it is most likely the very ancient marker of a supernova explosion that shook the region approximately 20 million years ago.  What would that have looked like to our ancestors on a more primitive Earth? 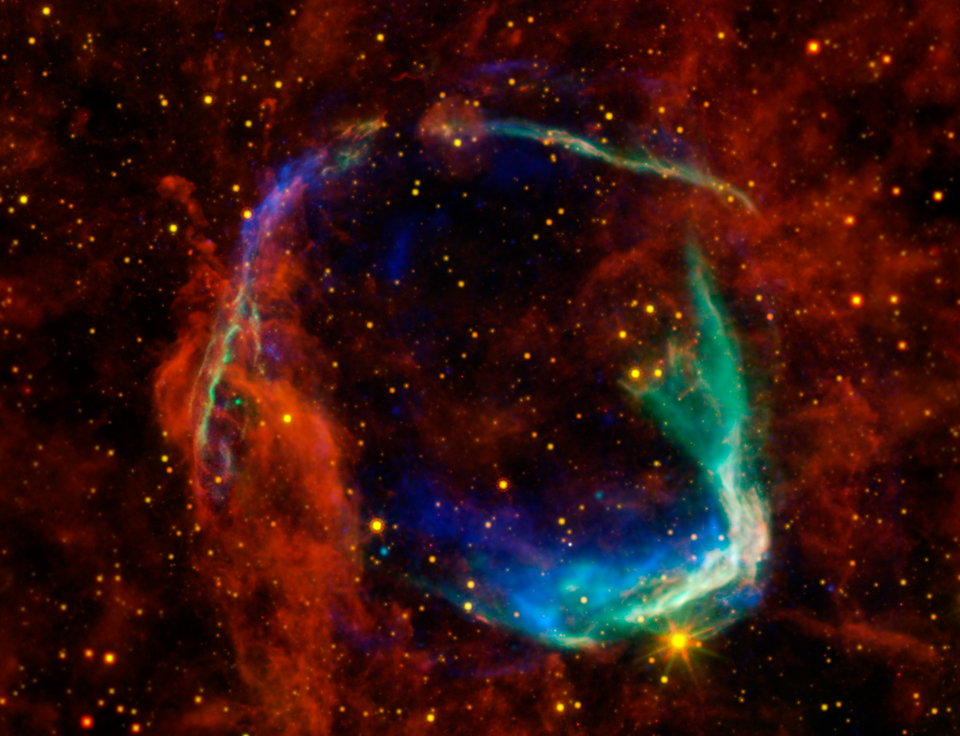 A composite image of supernova remnant, RCW 86. X-rays are shown in blue and green, infrared light in yellow and red. The image shows the remains of a supernova that Chinese astronomers saw in 185 A.D. Located 8000 light-years away in the constellation Circinus, the explosion was the result of a white dwarf detonating after a companion star dumped too much material on to it. The x-ray bubble is now 85 light-years in diameter. X-ray credit: NASA/CXC/SAO & ESA; Infrared credit: NASA/JPL-Caltech/B. Williams (NCSU)

X-ray telescopes reveal a hidden, and very energetic universe.  They trace interstellar and intergalactic streams of gas heated to millions of degrees.  Through neutron stars and black holes, supernova shock waves and colliding galaxies, the relatively recent discovery of extraterrestrial x-ray sources lets astronomers explore some of the most extreme environments in our cosmos.