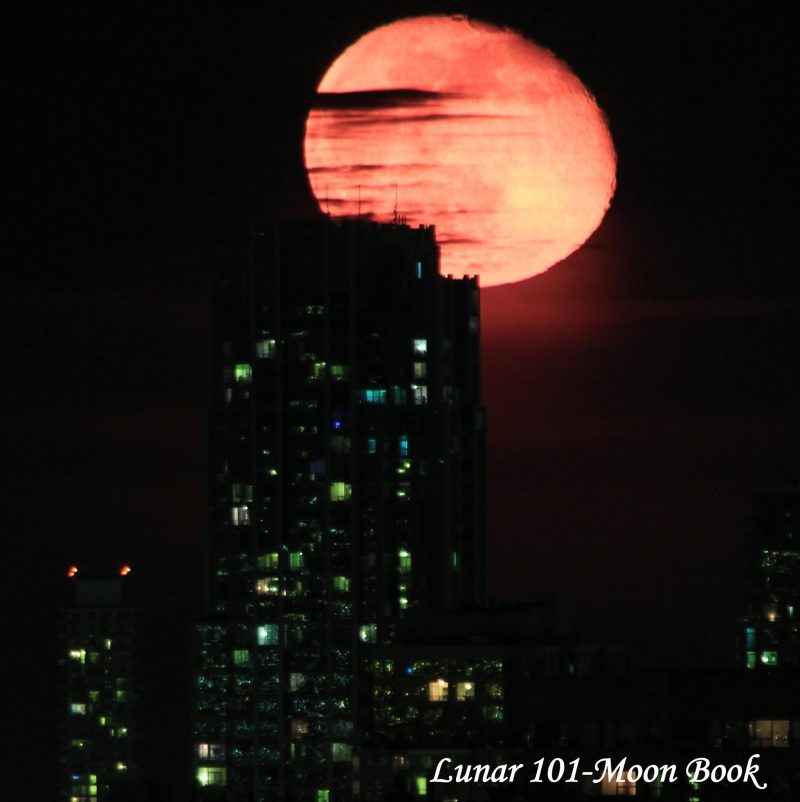 A waning gibbous moonrise over Toronto, via our friend Lunar 101 Moon Book.

However, astronomers suspected the moon was receding from Earth before the heyday of the Apollo astronauts. Edmund Halley’s (1656 to 1741) studies of ancient solar and lunar eclipses suggested the possibility, as well. George Howard Darwin (1845 to 1912) is credited for figuring out mathematically how tidal friction affects the moon’s orbit.

If the lifetime of the Earth-moon system lasts long enough (which is doubtful), it is projected that after many billions of years, the same sides of the Earth and moon would face one another. In other words, the Earth’s rotational period and the moon’s orbital period would equal one another, representing a period of 47 days. At that time, the Earth/moon distance would expand to some 336,000 miles or 560,000 km, exceeding the present distance of 238,855 miles or 384,400 km by nearly 150%.