On Wednesday, July 1, 2020, 2 astronauts will perform the 2nd of a pair of International Space Station (ISS) spacewalks, to replace aging nickel-hydrogen batteries. How to watch. 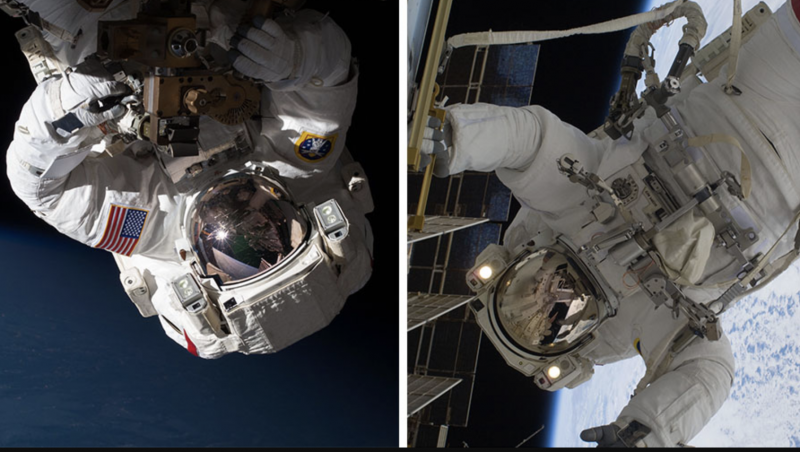 Astronauts Chris Cassidy (left) and Bob Behnken are pictured during a previous spacewalk on an earlier mission at the space station. Image via NASA.

On Wednesday, July 1, 2020, two astronauts will perform the second in a pair of International Space Station (ISS) spacewalks, to complete an upgrade to a power channel. NASA TV’s live coverage of the spacewalk will begin on Wednesday at 10:00 UTC (6:00 a.m. EDT). The spacewalk itself will begin at around 11:35 UTC (7:35 a.m. EDT), and will last as long as seven hours. Translate UTC to your time. The two astronauts began the battery replacement work during a spacewalk on June 26. Watch here.

On Wednesday’s spacewalk, NASA astronauts Chris Cassidy, the commander of Expedition 63, and Robert Behnken, who joined the crew May 31 after arriving aboard SpaceX’s Crew Dragon, will install one more lithium-ion battery and one more adapter plate and remove the sixth nickel-hydrogen battery that will no longer be used.

Astronauts cherish every opportunity to be part of a #spacewalk, and yesterday was no different. @AstroBehnken and I completed the first step in updating the external batteries which are connected to the outboard starboard solar arrays on @Space_Station. pic.twitter.com/hsE0bJld5t

The spacewalkers are following up on the battery swap work that begun last year and continued into January. It’s a complex repair job that has been taking place on both the starboard and port sides of the station’s truss structure, where the basketball court-sized solar arrays are located. The solar arrays slowly rotate around the truss structure and track the sun, but are locked into place during the spacewalks. 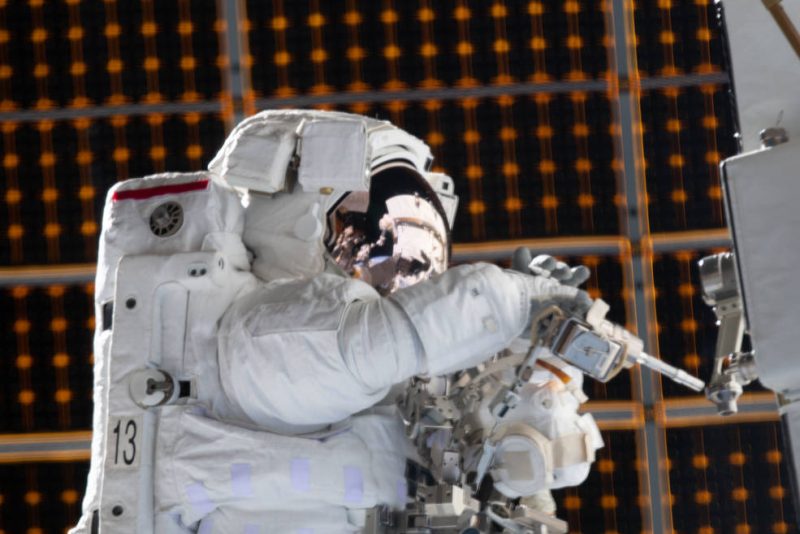 NASA astronaut Jessica Meir is pictured during a spacewalk she conducted with NASA astronaut Christina Koch (out of frame) in October 2019 to install new lithium-ion batteries that store and distribute power collected from solar arrays on the station’s Port-6 truss structure. Image via NASA.

Bottom line: On July 1, 2020, two astronauts will perform the second in a pair of International Space Station (ISS) spacewalks, to replace aging nickel-hydrogen batteries. How to watch.