Astronomers with the Search for Extraterrestrial Intelligence had their reasons for ignoring red dwarf stars in the past. But now that thinking has changed. 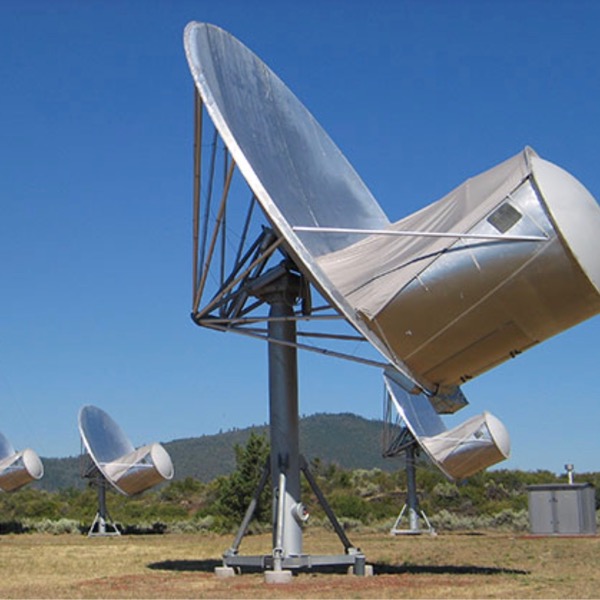 On March 30, 2016, the SETI Institute announced an expanded search for radio signals from advanced extraterrestrial civilizations, looking specifically at a particular kind of star. Over the course of the next two years, SETI said, it’ll turn its Allen Telescope Array – located in the Cascade Mountains of northern California – toward some 20,000 red dwarf stars.

Why red dwarfs? In the past, SETI scientists haven’t looked toward these stars with any frequency, preferring to concentrate their efforts on stars similar to our sun.

Now that thinking is changing because – for one thing – there are so many red dwarfs. It’s thought that three-quarters of all stars fall into this category. SETI Institute astronomer Seth Shostak explained:

Closer stars mean that any signals would be stronger.

What’s more, the data currently being added on exoplanets – or planets orbiting distant suns – suggest that somewhere between one-sixth and one-half of red dwarf stars have planets in their habitable zones. That percentage is comparable to, and possibly greater, than the percentages for sunlike stars.

In the past, astronomers with SETI did not typically turn to red dwarf stars. The argument was that few planets were likely to be found in the habitable zone of a red dwarf star, simply because that zone is far narrower than for brighter stars like our sun. The SETI Institute statement explained:

Additionally, any worlds that were in this zone would be orbiting so close to their suns that they would quickly become tidally locked – with one hemisphere perpetually facing the star. It was assumed that this would produce a planet that was intolerably hot on one side, and brutally cold on the other, ruling it out as an abode for life.

However, more recent research has indicated that, if these worlds have oceans and atmospheres, heat would be transported from the lit side to the dark, and a significant fraction of the planet would be habitable.

SETI Institute researchers point out that red dwarfs use their internal fuel more slowly than stars like our sun. It’s thought that they’ll burn for a period of time that’s greater than the current age of the universe: every red dwarf ever born is still shining today.

They are, on average, billions of years older than stars than sunlike stars. Seth Shostak commented:

This may be one instance in which older is better. Older solar systems have had more time to produce intelligent species.

Read more from the SETI Institute.

Bottom line: There have been arguments against scrutinizing red dwarf star systems in the Search for Extraterrestrial Intelligence. But new research has suggested that it is reasonable – even wise – to search for intelligence radio signals from these systems.