The recreated trajectory of a massive hyper-runaway star. The trajectory shows the star was ejected from the Milky Way’s disk, not its center as previously believed. Image via Kohei Hattori/University of Michigan.

University of Michigan astronomers used data from the Magellan Telescopes in Chile and ESA’s Gaia space mission to determine that a fast-moving star – previously thought to have been ejected from the center of our Milky Way – was instead ejected from the galaxy’s flattened disk. This massive, fast-moving star – or hypervelocity star – is called LAMOST-HVS1. It’s closer to our sun than any of the other 30 or so known hypervelocity stars.

Previously, astronomers had assumed that the energy needed to eject a star from our galaxy must come from the extreme environment around our Milky Way galaxy’s central, supermassive black hole. This black hole has a mass some four million times that of our sun. It has the potential to act as a powerful gravitational slingshot.

But the new work suggests a more ordinary means of ejection for LAMOST-HVS1. The Michigan astronomers think the star might have experienced a close encounter with a star cluster – possibly consisting of multiple massive stars, or containing an intermediate-mass black hole – in the disk of the Milky Way. The work is published in the peer-reviewed Astrophysical Journal.

This discovery dramatically changes our view on the origin of fast-moving stars.

The fact that the trajectory of this massive fast-moving star originates in the disk rather that at the galactic center indicates that the very extreme environments needed to eject fast-moving stars can arise in places other than around supermassive black holes. 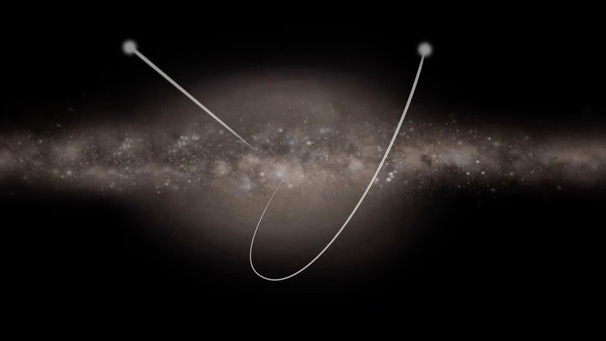 Astronomers have known of extremely fast-moving stars, or hypervelocity stars, since 2005. These stars move more than twice as fast as most other stars in our galaxy — more than one million miles per hour, or 500 kilometers per second (310 miles/second). By contrast, stars in the rest of the galaxy average a bit more than 200 km/sec (124 miles/second). A statement from University of Michigan explained:

When binary stars – a pair of stars that orbit around each other while moving through a galaxy – pass too close to a black hole, it captures one of the binary stars, and the other one is flung out in a gravitational slingshot. In order to produce the kinds of velocities astronomers measure for hypervelocity stars, the black hole has to be very massive.

Because there’s evidence that there is a supermassive hole at the center of the Milky Way, many astronomers believe that the majority of hypervelocity stars were ejected by this supermassive black hole. 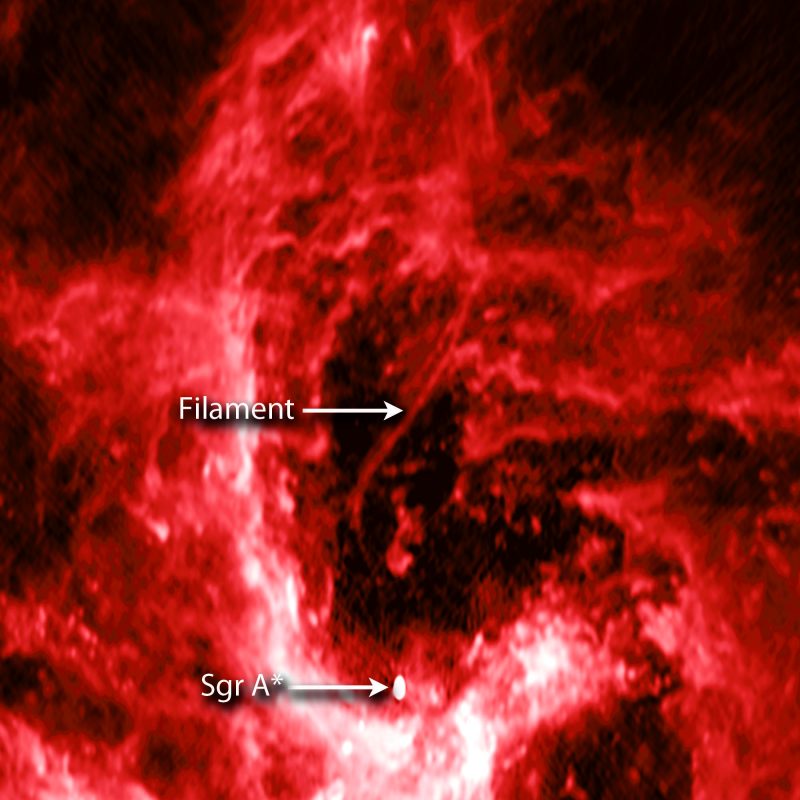 A radio image showing the extreme environment near the center of our galaxy and marking the location of Sagittarius A* (pronounced Sagittarius A-star), our Milky Way’s central supermassive black hole. Image via NSF/VLA/UCLA/ M. Morris et al./CfA.

Valluri and Kohei Hattori, also of University of Michigan, decided to try to trace the trajectory of LAMOST-HVS1. They used one of the Magellan telescopes in Chile to determine the distance and velocity of the star, and then used data from the European Space Agency’s Gaia space mission, which is engaged in making a precise three-dimensional map of the Milky Way.

By combining these two data sets, the astronomers were able to trace the path of LAMOST-HVS1 backwards. To their surprise, it appears the star was ejected from the galaxy’s disk, and not from the center of the Milky Way. Hattori said:

For a long time, stars have been known to be ejected from star clusters. But the speeds involved are much slower than that known for LAMOST-HVS1. They are typically around 40-100 km/s (25-62 miles/second).

And here’s another stumbling block to the idea that LAMOST-HVS1 was kicked from the galaxy by a star cluster. The computed path of LAMOST-HVS1 has it originating at a location within the Norma spiral arm. That location isn’t associated with previously known massive star clusters. The astronomers’ statement said:

However, if this hypothetical star cluster exists, it may be hidden behind the dust in the stellar disk. If it is found, it would provide the first opportunity to directly discover an intermediate-mass black hole in the stellar disk of the Milky Way.

As always, more work is needed. 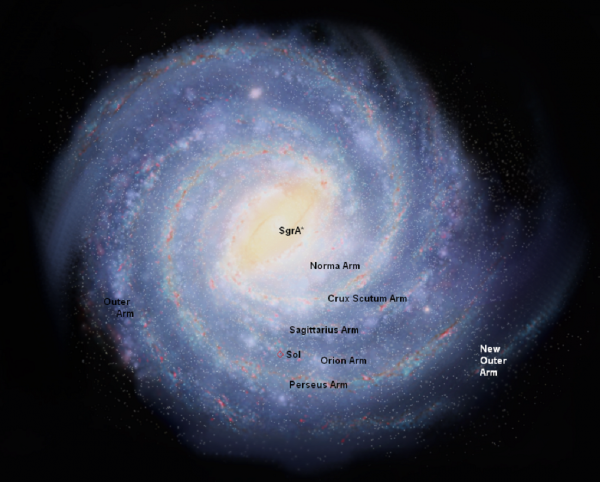 Artist’s concept of our Milky Way galaxy, showing its spiral arms. The computed path of LAMOST-HVS1 has it originating at a location within the Norma spiral arm. Image via Encyclopedia Galactica.

Bottom line: University of Michigan astronomers say a hyper-runaway star – or hypervelocity star – called LAMOST-HVS1 didn’t originate from our galaxy’s center. Instead its path shows it came from the galaxy’s disk.