NASA released this composite image this week. It’s two galaxies in the early stages of colliding.

Here’s another in NASA’s assemblage of cool images from the cosmic rorschach test that is our universe. NASA released this composite image this week (August 11, 2011). It’s two galaxies in the early stages of colliding. The edge-on galaxy near the top is VV 340 North, and the face-on galaxy at the bottom is VV 340 South. No one has ever accused astronomers of being inventive when it comes to names. Millions of years from now, these two spiral galaxies – two great star islands in the cosmic sea – will merge. In much the same way, our own Milky Way galaxy and neighboring Andromeda are likely to merge billions of years from now.

The image below combines data from Chandra X-ray Observatory (purple) with data from the Hubble Space Telescope (red, green, blue). VV 340 (aka Arp 302) is located about 450 million light years from Earth in the direction of the northern hemisphere constellation Boötes the Herdsman. 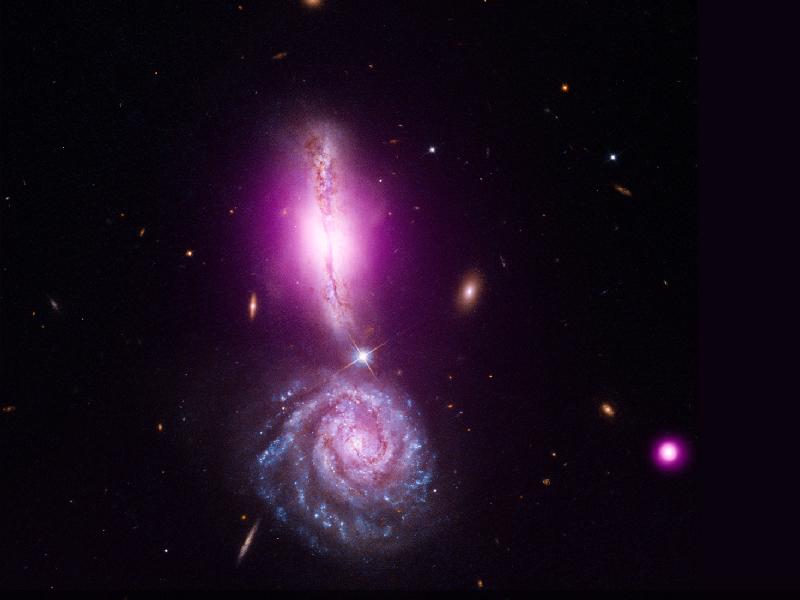 VV 340 is a luminous infrared galaxy (LIRG), meaning it is very bright in infrared light. Currently, the Great Observatories All-Sky LIRG Survey (GOALS) is surveying over 200 LIRGs in the local universe. Astronomers hope to understand why LIRGs emit so much infrared radiation, which is essentially heat radiation. The most likely source of the energy, they say, might be an actively growing supermassive black hole at the galaxy’s core – or an intense burst of star formation.

The two interacting galaxies of VV 340 appear to be evolving at different rates – with VV 340 North likely containing a rapidly growing supermassive black hole, heavily obscured by dust and gas, and VV 340 South having a higher level of star formation, evidenced in the image below by higher ultraviolet emissions. 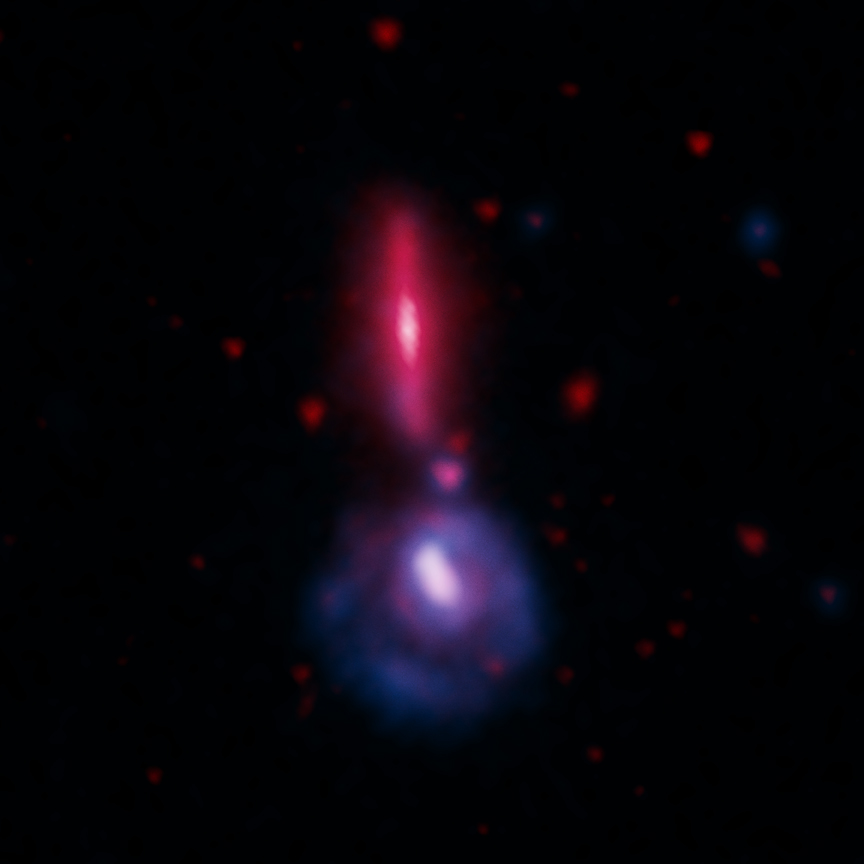 Bottom line: The luminous infrared galaxy (LIRG) VV 340 – made up of two colliding galaxies – appears in a composite image released by NASA on August 11, 2011. Observations of VV 340 are part of the Great Observatories All-Sky LIRG Survey (GOALS).