The spacecraft will plunge repeatedly between Saturn and its rings, and finally execute a headlong plummet into the body of Saturn itself.

After orbiting Saturn since 2004 – weaving in and among the planet’s many moons and forever changing our view of Saturn, and its rings and moons – NASA’s Cassini spacecraft is about to begin its grand finale year. The spacecraft will begin a series of dives between the planet and its rings in April 2017, building toward a dramatic end of mission, a final plunge into the planet, six months later. Before beginning to shift Cassini’s orbit in preparation for the grand finale, mission scientists aimed Cassini toward Saturn for nearly 44 hours in April 2016 to obtain the video above. It shows four Saturn days.

Beginning on November 30, Cassini’s orbit will send the spacecraft just past the outer edge of Saturn’s main rings. These orbits, a series of 20, are called the F-ring orbits. During these weekly orbits, Cassini will approach to within 4,850 miles (7,800 km) of the center of the narrow F ring, with its peculiar kinked and braided structure. Linda Spilker, Cassini project scientist at NASA’s Jet Propulsion Laboratory, Pasadena, California, said:

During the F-ring orbits we expect to see the rings, along with the small moons and other structures embedded in them, as never before. The last time we got this close to the rings was during arrival at Saturn in 2004, and we saw only their backlit side. Now we have dozens of opportunities to examine their structure at extremely high resolution on both sides.

The spacecraft is expected to make 22 plunges through the gap between Saturn and the rings – an unexplored space only about 1,500 miles (2,400 km) wide – beginning with its first dive on April 27. A close flyby of Saturn’s giant moon Titan will reshape the spacecraft’s orbit to make this final series of plunges possible.

Assuming no unexpected debris between the rings and planet damages the craft, Cassini will use the final plunges between Saturn and its rings to make the closest-ever observations of Saturn. It’ll map the planet’s magnetic and gravity fields with high precision and return ultra-close views of the atmosphere. Scientists also hope to gain new insights into Saturn’s interior structure, the precise length of a Saturn day, and the total mass of the rings — which may finally help settle the question of their age. The spacecraft will also directly analyze dust-sized particles in the main rings and sample the outer reaches of Saturn’s atmosphere — both first-time measurements for the mission. Spiller commented:

It’s like getting a whole new mission. The scientific value of the F ring and grand finale orbits is so compelling that you could imagine a whole mission to Saturn designed around what we’re about to do.

Cassini’s grand finale will come to a dramatic end on September 15, 2017, as the spacecraft dives into Saturn’s atmosphere, returning data about the planet’s chemical composition until its signal is lost.

Friction with the atmosphere will cause the spacecraft to burn up like a meteor soon afterward. 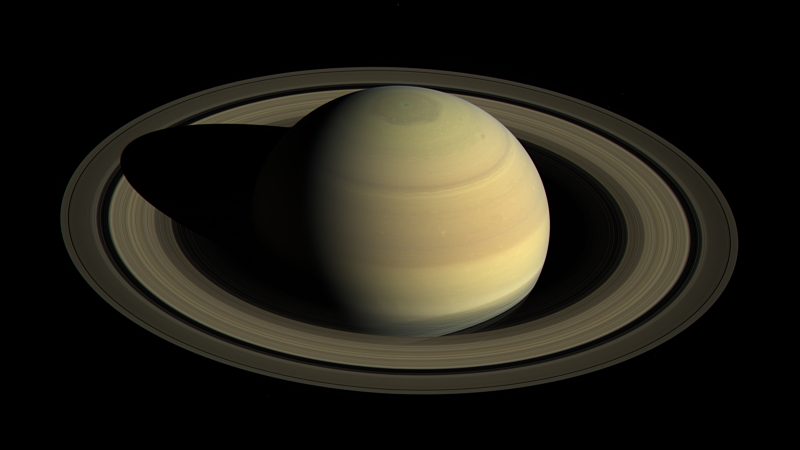 Cassini acquired this view of Saturn this year. It shows Saturn’s northern hemisphere in 2016, as that part of the planet nears its northern hemisphere summer solstice in May 2017. Saturn’s year is nearly 30 Earth years long, and during its long time there, Cassini has observed winter and spring in the north, and summer and fall in the south. Image via NASA JPL.

Bottom line: The Cassini spacecraft at Saturn is now moving into position for its grand finale year, during which it’ll plunge repeatedly between Saturn and its rings, and finally be sent into the body of the planet itself.