What if we’d had Twitter on July 16, 1969, the day Apollo 11 launched carrying the first humans to the moon? NASA did a live-tweet reenactment today as if we had. 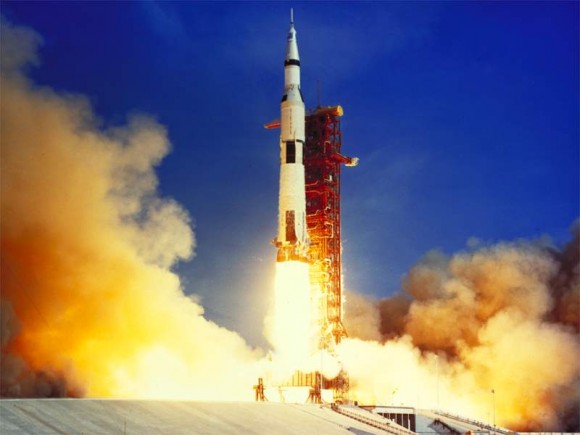 Apollo 11 blasts off to the moon, July 16, 1969, carrying the first three humans to visit another world.

July 16, 2014 is the 45th anniversary of the Apollo 11 mission launch. It was this launch that ultimately placed the first three human beings on another world, our moon. What if we had a Twitter on July 16, 1969? To give you a sense of it, NASA did a re-enactment this morning, as if it were live-tweeting Apollo 11’s launch on the day Armstrong, Aldrin and Collins lifted off toward the moon.

The live tweets concluded earlier today, but you can continue to follow @NASAKennedy for yourself today, hashtag #Apollo11, as they discuss this historic day and what lies ahead of us now, 45 years later. 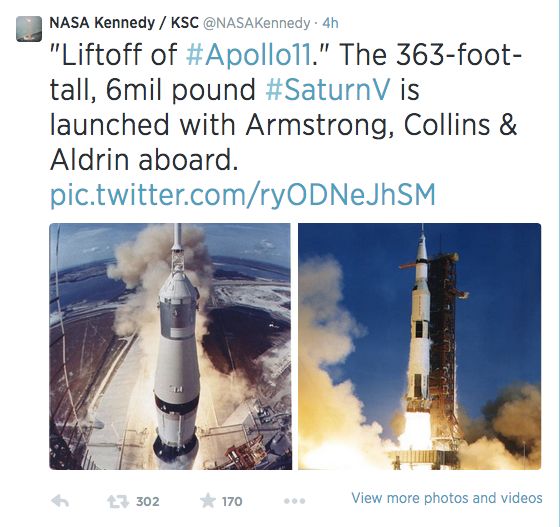 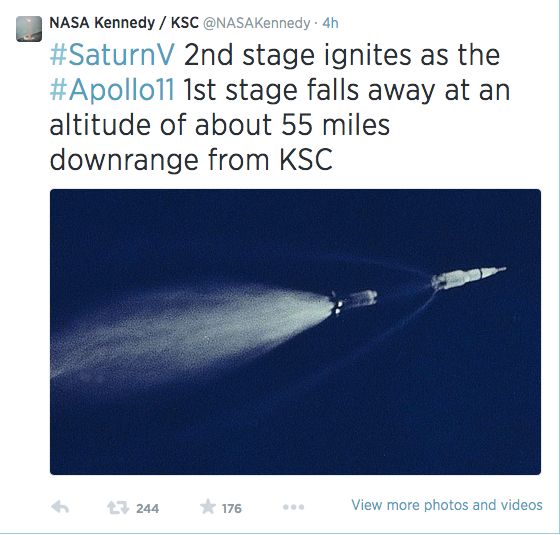 Sad that you missed the Twitter event? Then enjoy this trip back in time …

Bottom line: What if we had a Twitter on July 16, 1969, the day Apollo 11 launched carrying the first humans to the moon? NASA did a live-tweet reenactment today as if we had.