An amazing picture of Enceladus, the frozen moon

Another amazing image of Enceladus, the frozen moon of Saturn, from NASA’s Cassini spacecraft. The stripe in the background is Saturn’s rings.

NASA released this amazing image of Enceladus, the frozen moon of the planet Saturn, earlier today. This image was taken by NASA’s Cassini spacecraft, which has been orbiting Saturn since 2004 and which has performed 33 flybys to date of this moon. The stripe in the background is Saturn’s rings. Cassini was the first to image ice volcanoes on Enceladus. It was also the first to analyze the geyser-like plumes of icy water and ammonia scattered on its surface. 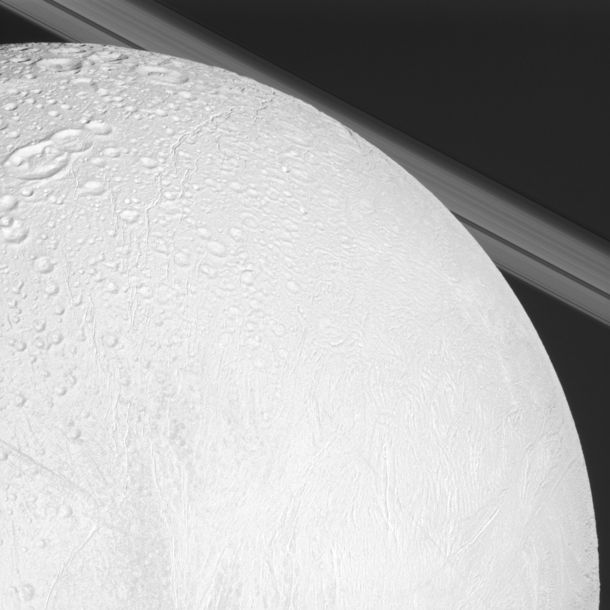 Paul Helfenstein says we can see tectonic motion on Enceladus

It’s thought that tidal heating from its lopsided orbit of Saturn warms the center of Enceladus enough to cause it to have oceans of liquid water deep beneath a shell of ice several to hundreds of kilometers deep. Only further exploration will settle the question of liquid water on Enceladus.