On October 15, a giant fragment of the meteorite that hit Russia on February 15 was lifted from the bottom of Lake Chebarkul in the Russian Urals Mountains.

The fragment weighing about 570 kg. (1,257 lb.) proved so heavy that even the weighing machine broke, making it impossible to measure the exact weight. 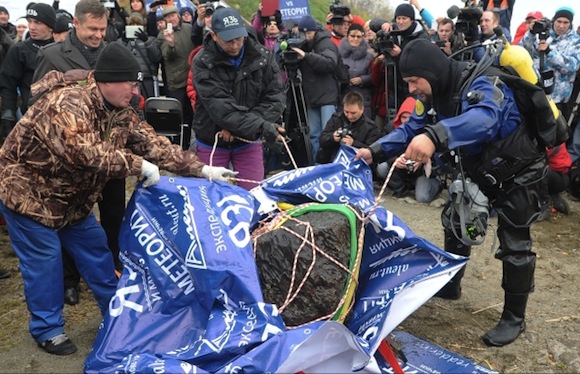 Photo via Voice of Russia

Sergei Zamozdra, a professor of the Chelyabinsk State University, confirmed the meteorite nature of the rock.

“Some peculiarities characteristic of stone meteorites prove that it’s a fragment of the Chelyabinsk meteorite. In all probability, it will rank among the top ten largest meteorites ever found,” the scientist said.

The meteorite that later came to be known as ‘Chelyabinsk Meteorite”, hit the earth, specifically Lake Chebarkul in the Chelyabinsk Region, on February 15th this year. The chemical analysis of the fragments that have been recovered thus far has proved that this is ordinary LL5 chondrite, one of the types of stony meteorites. The biggest fragment is believed to remain on the bottom of Lake Chebarkul. 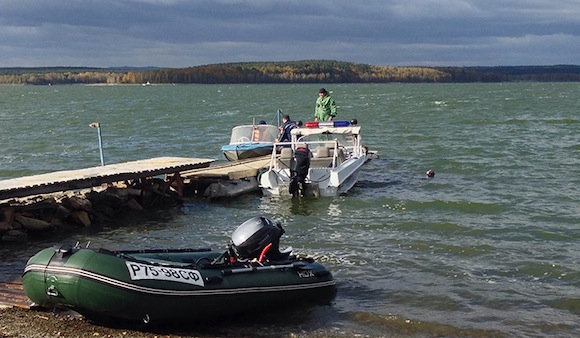 Photo via Voice of Russia

Via Voice of Russia