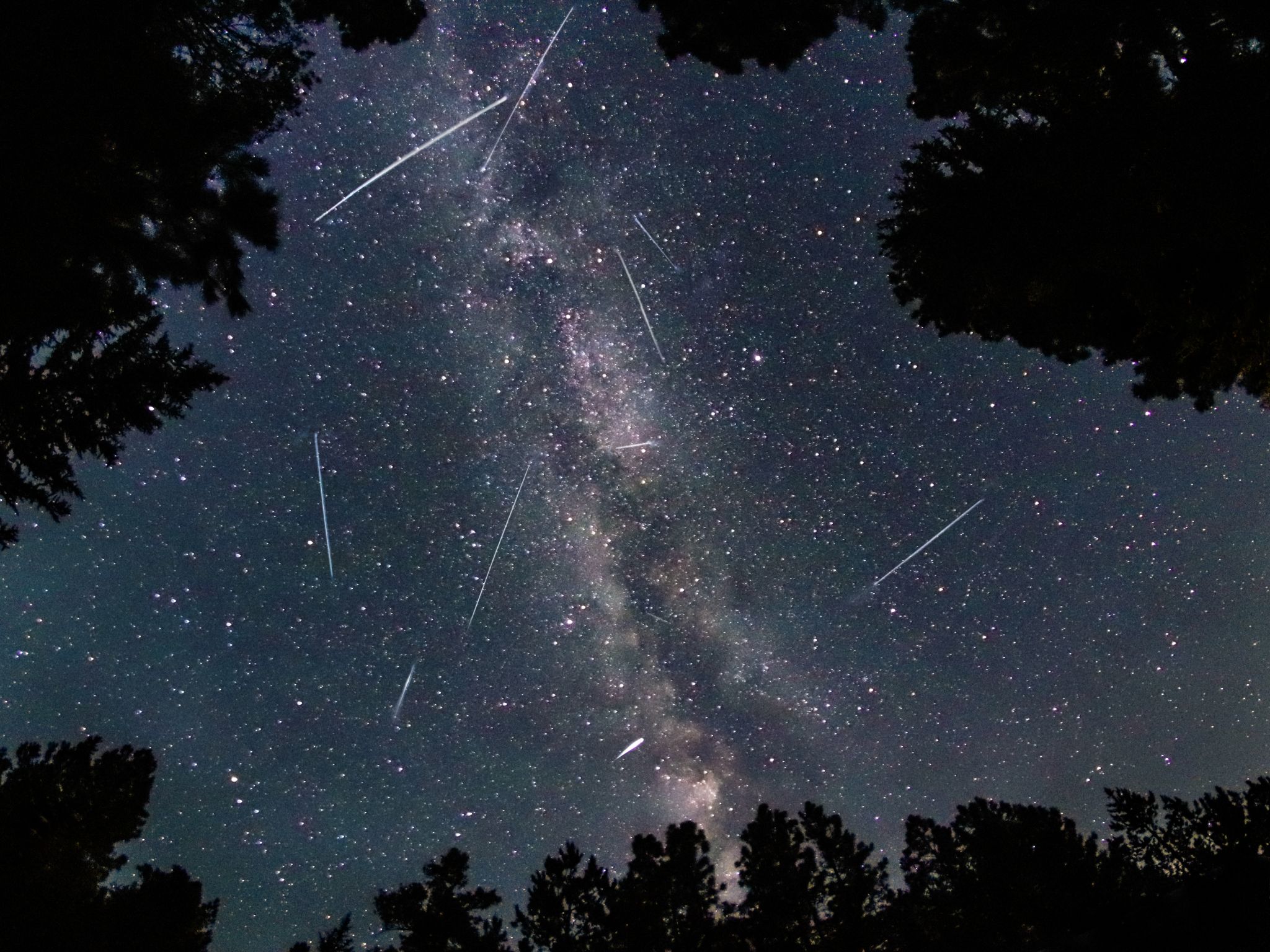 Here are the meteors that I captured last night from my driveway. My camera wasnt in the best spot, they were mostly happening out of view of my lens in the North/West (which trees were blocking from my driveway), but I did manage to get these at least during a time lapse from 9pm - 5:30am.
There were several "meteor watch parties" going on all around my neighborhood, and it was so fun and neat hearing everyone's collective "Ohs!" & "Wows!" and excited comments and gasps as the meteors fell. It was just like watching a 4th of July show, but it was provided by Mother Nature! :)
** A friend in Egypt combined the meteors that I captured for me.