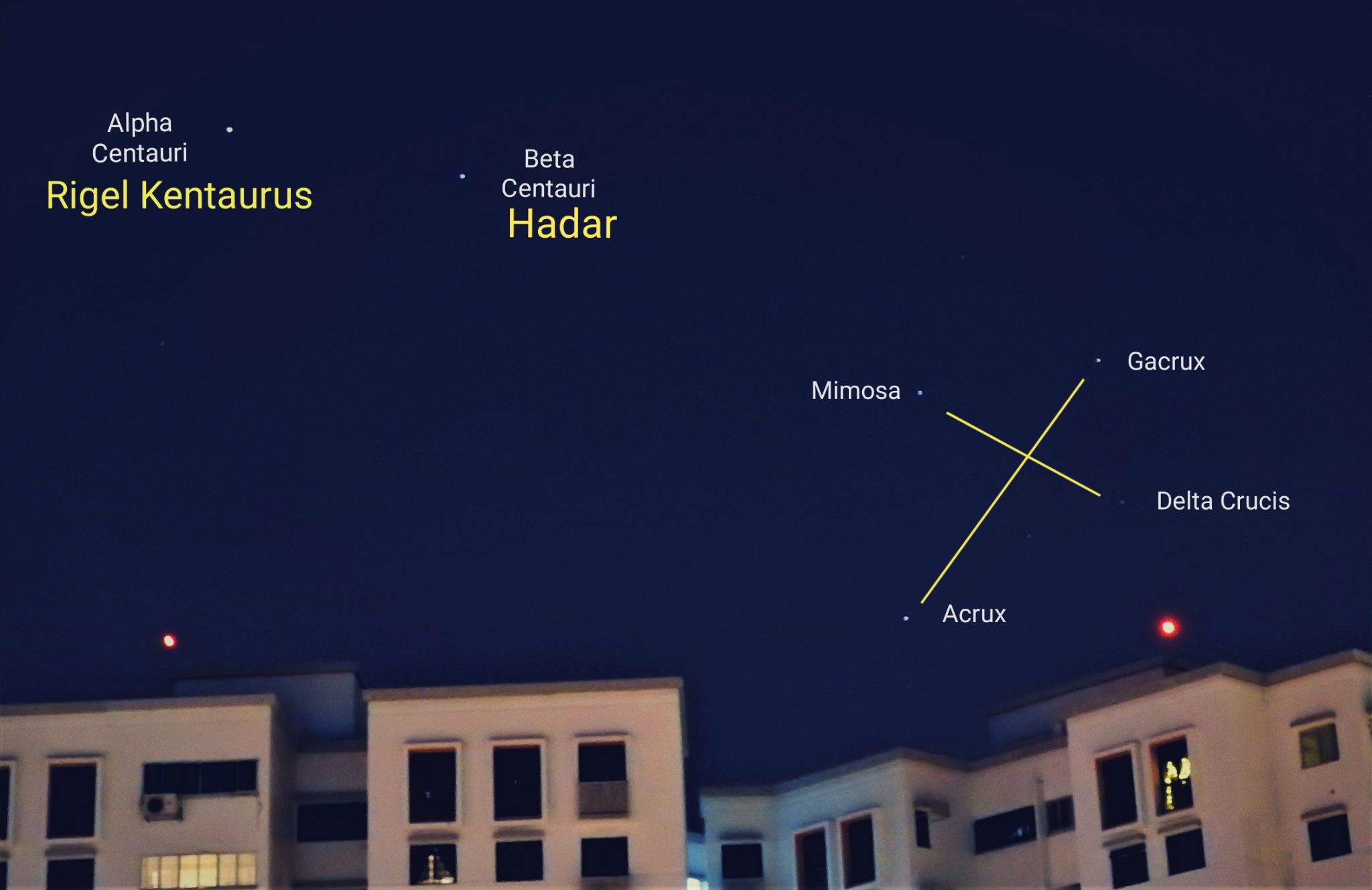 The Southern Cross Constellation seen here in the morning in Singapore in the direction of the south of Singapore.
On the left of this cross are the 2 Southern Pointer Stars, the Alpha Centauri(Rigel Kentaurus) and Beta Centauri (Hadar). They point to the Southern Cross. The Southern Cross is distinct by its shape and it is visible in the Northern Hemisphere and the 2 pointer stars will help to locate this constellation.

Interestingly, the Southern Cross has been depicted on the flags of several different antipodean countries. Crux can be found on the national flags of Australia, New Zealand, Papua New Guinea, Samoa and Brazil. The New Zealand flag depicts only the four brightest stars of the Cross, while the banners of the other nations also include the faintest fifth star (known as Epsilon Crucis).