Dust from the Gobi Desert blew over eastern China on April 27, 2012. See the satellite image.

On April 27, 2012, NASA’s Aqua satellite captured this image of dust blowing out of the Gobi Desert. The dust spread over eastern China that day. 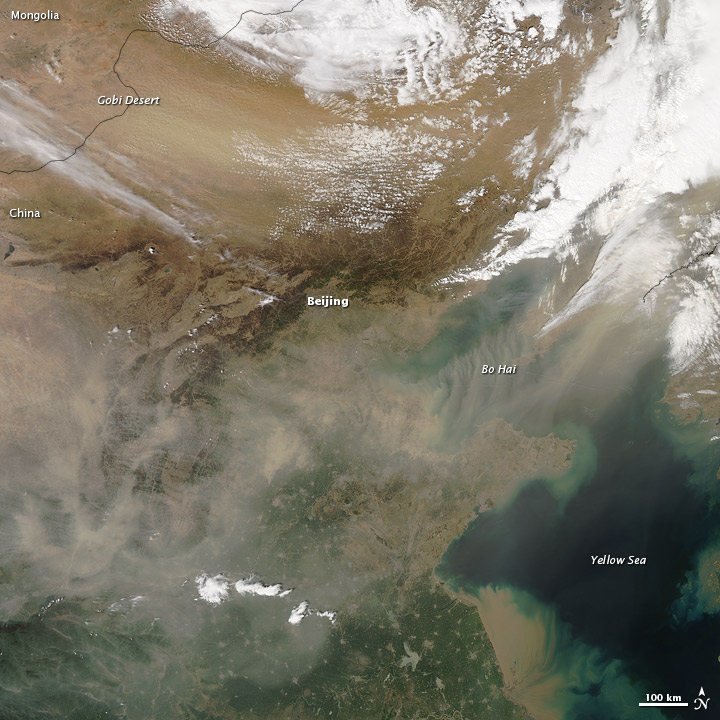