The Aral Sea was once the world’s 4th-largest lake. But in the 1960s, the Soviet Union diverted 2 major rivers to irrigate farmland, and the Aral Sea has been slowly disappearing ever since.

The Aral Sea – lying between Kazakhstan and Uzbekistan in in Central Asia – was once the fourth-largest lake in the world. Fed primarily by snowmelt and precipitation flowing down from faraway mountains, it was a temperate oasis in an arid region.

But in the 1960s, the Soviet Union diverted two major rivers to irrigate farmland, cutting off the inland sea from its source. The Aral Sea has been slowly disappearing ever since. These images show how the Aral Sea and its surrounding landscape has changed over the past few decades. 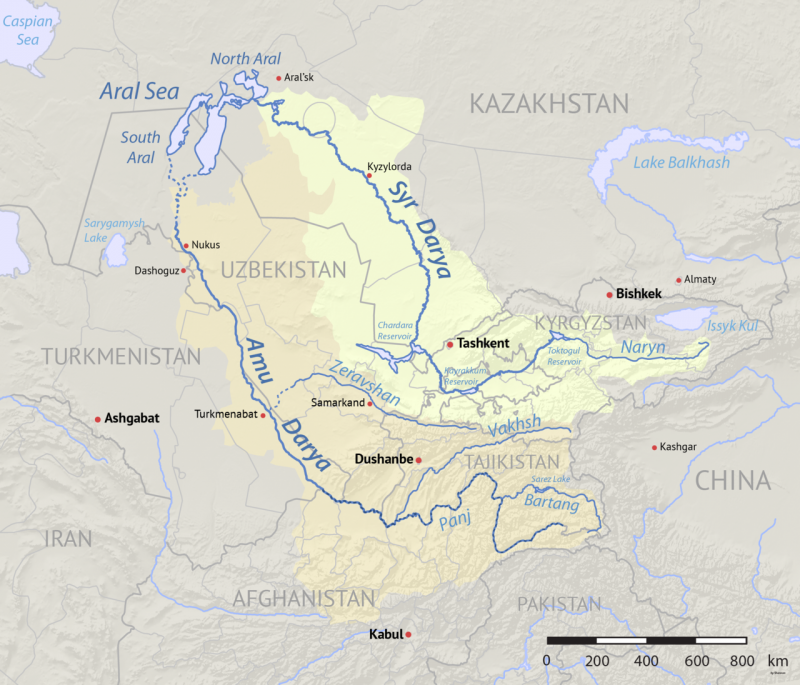 Map showing the location of the Aral Sea and the watersheds of the Amu Darya (orange) and Syr Darya (yellow) which flow into the lake. National capitals in bold. Image via Wikipedia.

Bottom line: Video shows how the Aral Sea has been shrinking over the past few decades.