Jay Harman froze a whirlpool to clean water or air

Nature likes spirals, from whirlpools or hurricanes, to the way sap flows up a plant, to the shape of a human heart. Inventor Jay Harmon, of the engineering research and product design firm PAX Scientific Inc., used this archetypal shape from nature to design a “frozen whirlpool” as the rotary part of a machine or pump. Harmon’s frozen whirlpool, about the size of your hand, can stir ten million gallons of water in a storage tank with just a couple of light bulbs’ worth of power. This design keeps water tanks clean, without the use of chlorine or other chemicals. Harman is working now to scale up his frozen whirlpool to clean the air of a whole city. This interview is part of a special EarthSky series, Biomimicry: Nature of Innovation, produced in partnership with Fast Company and sponsored by Dow.

Tell us about the idea of biomimicry … what is it?

Bioimicry is looking to nature for problems facing humanity. Nature is clean, green, and sustainable. Human industry is not, at this stage. And we really need to make that change.

It’s inspired me because I love nature, and I love being at the ocean. I’ve been fascinated by just how elegant nature is at design since I was a little kid. I just became fascinated, and I’ve spent my whole life devoted to studying nature and applying her principles to solving human problems.

What in nature inspired one of your first inventions for PAX Scientific, the streamlined mixer? How does it work? Why is it important?

I think I was first inspired when I was a little kid, and I’d be swimming along rocks and reefs, with my face mask on, watching fish. A wave would come along, and I’d be swept onto the rocks. I’d grab some seaweed to stop myself from being pushed onto the rocks. The seaweeds, I found, were very fragile and break easily. But I also noticed that even in the wildest storms, winter storms with huge waves, these seaweeds hang on just fine. That really intrigued me.

Over a period of years, I noticed that all of these seaweeds changed their shape to the path of least resistance, least drag. So when the water goes past, you see these seaweeds swirling and swaying. It looks like it’s chaotic, just like branches in the wind. But if you look at them closely enough, they all adapt to the same spiraling pathway. And that spiral is exactly the same spiral that you see in your bathtub when you pull the plug out, when you see that whirlpool. That’s nature’s path of least resistance and least drag.

When I saw these seaweeds, I started changing the shapes of canoes that I was making as a kid. They were pretty rough canoes, just made of old corrugated iron. I’d hammer them into the shapes of these swirls, and I found that they were easier to paddle. Then I spent quite a few years with the department of fisheries and wildlife in Australia, and I studied these swirling patterns in all sorts of things, from the way that fish swim, to the way that birds fly, insects fly, etc. And it occurred to me that if I could reverse-engineer a single whirlpool, if I could pull the plug out of my bath and freeze that whirlpool and reverse-engineer it, I would really have something that I could adapt to all sorts of things.

Well, it took me 20 years to work out how to freeze a whirlpool. I couldn’t find any mathematicians or physicists or engineers who could give me the mathematical constructs of a single whirlpool. I did freeze one, eventually, reverse-engineer it. Once I had that solid frozen whirlpool, I found that if I put it in water or air and rotated it, it would create a perfect whirlpool.

What was the first thing you used it for?

If you think about the water supply in most western cities, particularly in America, there are great big holding tanks, millions of gallons, they could be five million, ten million gallons of water. Well, that water gets stagnant, which is not a good thing. So the municipalities that manage that water have to put chlorine and chloramines into the water. They’re carcinogenic, or they create other problems. The problem is better solved by mixing that water. But how do you mix it efficiently? At the moment, generally throughout the world, if you want to mix water, it’s very expensive. Typically, you pump water out of one tank into another, and back again. For ten million gallons of water, that’s a lot of energy. And it really doesn’t mix the water that well.

I put one of these frozen whirlpools in the bottom of one of these tanks. I rotated it with a couple of hundred watts of power, a couple of light bulbs of power, and I found it was able to mix an entire tank of water, 10 million gallons, which from an engineering point of view is not even conceivably possible. But we’re able to prove it over and over again. Now we’re in several hundred of these tanks throughout America and in some other countries. This works 100 percent effectively in every one of these cases.

From there, I started adapting these shapes to fans. Fans use 18 percent of the world’s electrical energy. They’re not terribly efficient. We found time and time again that you can take the best fan in the world and reduce its energy by as much as 30 percent and its noise by nearly half. 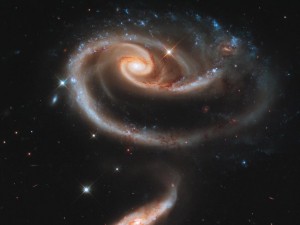 And so we took it from there, and went to all sorts of other applications – propellers and pumps, the shape of boats, the shape of aircraft, the shape of wind turbines. It applies to everything, where there are flows. So pretty much everything in the industrial world can be improved by taking these shapes from nature and reconfiguring what engineers build today.

And another thing is that with a whirlpool, everything that’s flowing into the whirlpool, coming from the outside, is all rotating into the whirlpool and it gets sucked in. We say at PAX Scientific “Nature sucks,” because it actually does. When you’re on the beach and you feel the breeze on your face, the cause of that breeze is not in front of you, something pushing the breeze to you. The cause of it is behind you. There’s a low-pressure system somewhere in the atmosphere behind you. There’s some big vortex structure, some whirlpool in the atmosphere that’s sucking the air in. And you’re experiencing it as a breeze. Every whirlpool in our universe works on that principle.

When you look at the way humans build fans and pumps and mixers and everything else that rotates, they don’t suck. They fling. They’re actually flinging the fluids outwards rather than pulling them inward. By flinging them out, they create a low pressure, so they’re actually sucking out of the pipe. But it’s absolutely not the way nature designed it. Humans use centrifuges. Nature builds centripetal systems. It’s the opposite. And so that’s what I’ve used in these mixers.

They can also be used in the atmosphere. We’re doing an advanced research project right now at universities in the United States to show that we can create one of these thermals in the atmosphere and affect a very large area up to 20,000-25,000 feet high and 20 miles in diameter. We can go to places like L.A. and Mexico City, or Beijing or Tehran that have huge inversion layers and terrible pollution because all of this pollution is trapped in a basin. All of these cities have high hills around them and not enough wind. Whereas most cities are creating pollution – every city creates pollution, that pollution rises on the thermals and then gets dispersed over the rest of the continent or over the ocean. Every city in the world does that except for these particular ones that I just mentioned. 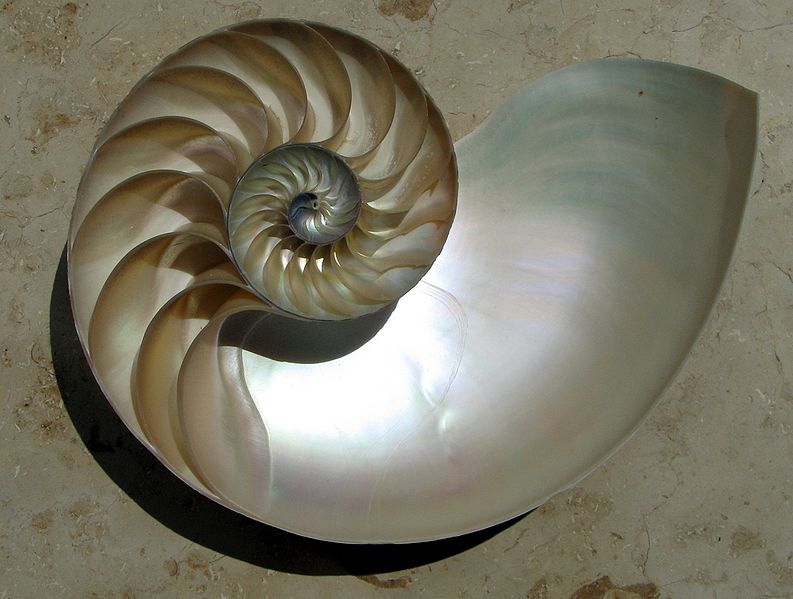 And so what we have shown – we’ve modeled this on computers and certainly demonstrated it clearly in water – we can put one of these devices in a city like Beijing, and cause this circulation pattern. We’re basically just accelerating what nature does already, because these patterns exist already over cities like Los Angeles or Beijing, they’re just not powerful enough. They’re not taking this trapped air up high enough so that it can be dispersed. We’re demonstrating that we can do that with a very small device and a very small amount of energy. So this is a solution for cities like Tehran, Beijing, and Mexico City, that have huge health problems of respiratory diseases. We can help those people by tweaking nature.