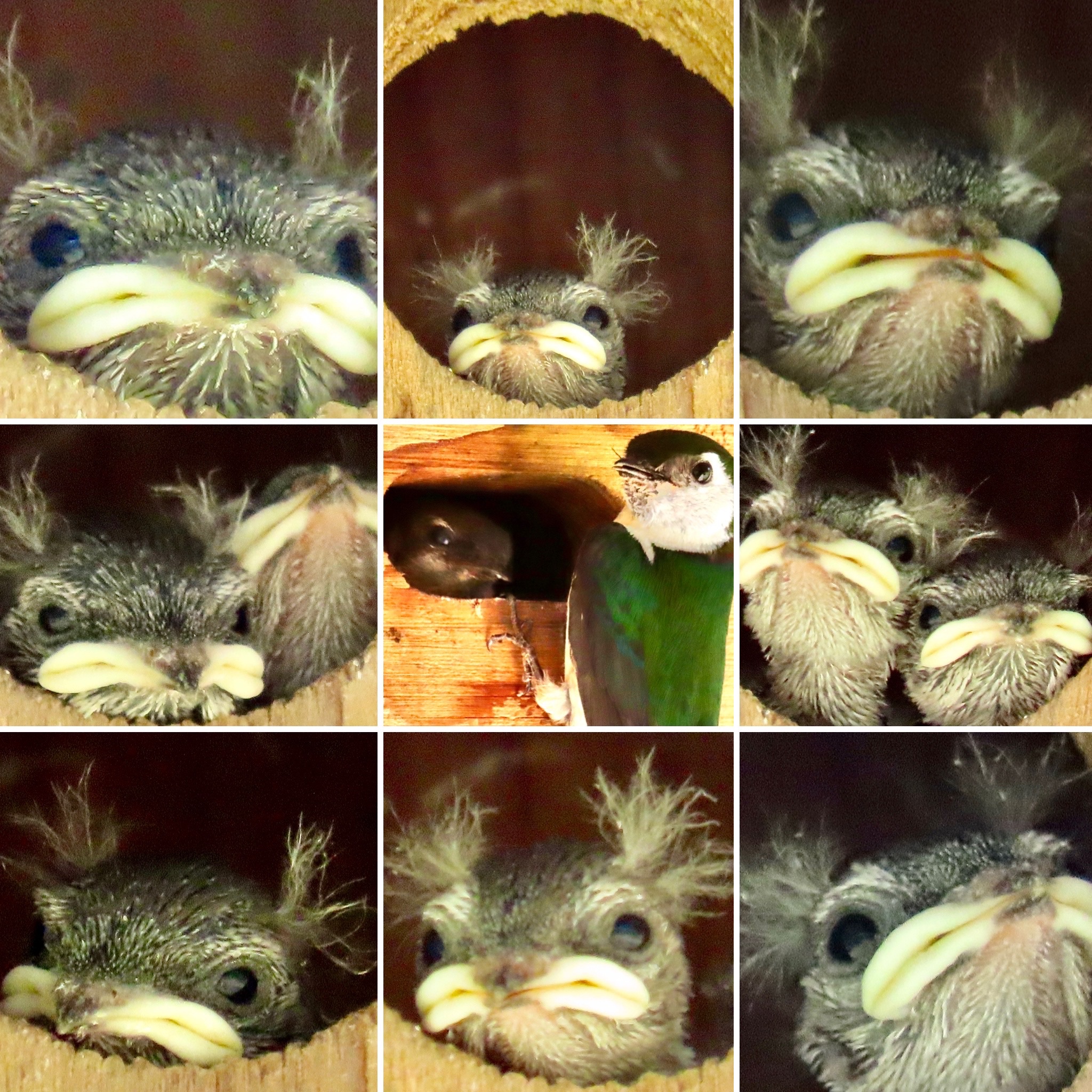 Every spring in late March, the beautiful violet-green swallows return to the property on which I live. They re-inhabit more than four nests - in the eaves of my cottage, in various nest boxes, and sometimes in the rafters of the barn. By late June, the hungry babies they have raised are large enough to peer out at the world through the 1.5-inch entryway to their home; they watch for their parents to arrive with mouthfuls of insects. They won't begin their fledging process until next month (mid-July). I took these images at an early afternoon feeding time a couple days ago. The food deliveries are accompanied by the beautiful arcing ballet of the mature swallows as they catch insects on the wing and circle down to their nests. I am smitten with this species of swallow who bear lovely teal and purple feathers as adults, and whose chirping song fills the morning. I am also charmed by their babies who are so curious about the world and learn how to fly by watching their parents swoop overhead.