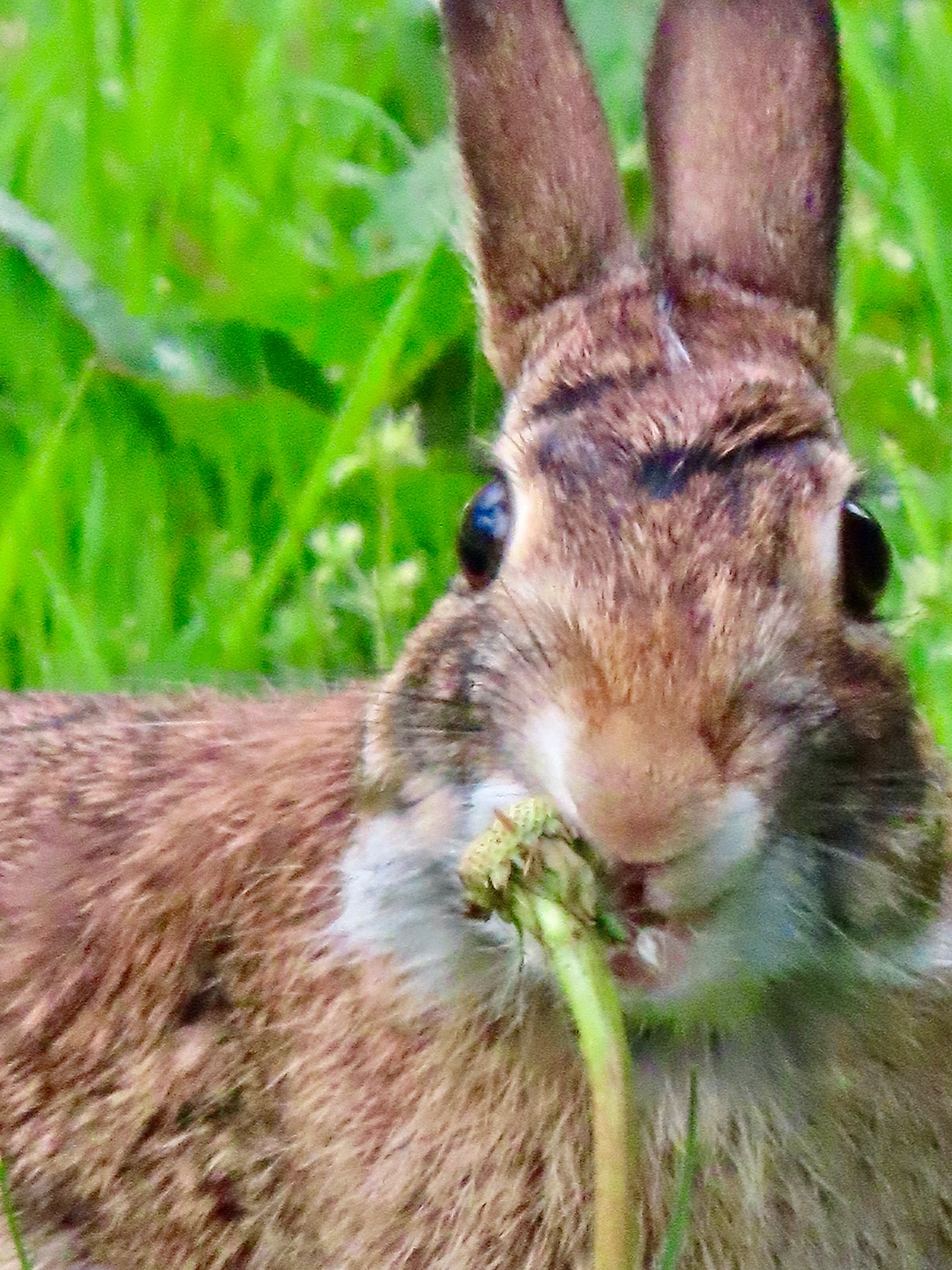 We have had a growing family of rabbits living underneath the raised garden shed. Over the past several years, I have had to: bury one that I found deceased; seen the fur remains of several who were taken for coyote meals; watched bunnies grow to maturity; witnessed rabbits playfully chasing one another; and smiled at their ample foraging around the yard - especially at twilight. Two mornings ago I saw this huge rabbit eating his way through the clover and grasses near my home. He began nibbling the dandelions - both the yellow flowers as well as the puffballs. This image shows him just after he bit the pappus (the white fluffy bristles), eating some of the seeds and dispersing the rest. He then plucked the stem from the ground, and consumed it entirely before moving on to the next flower.