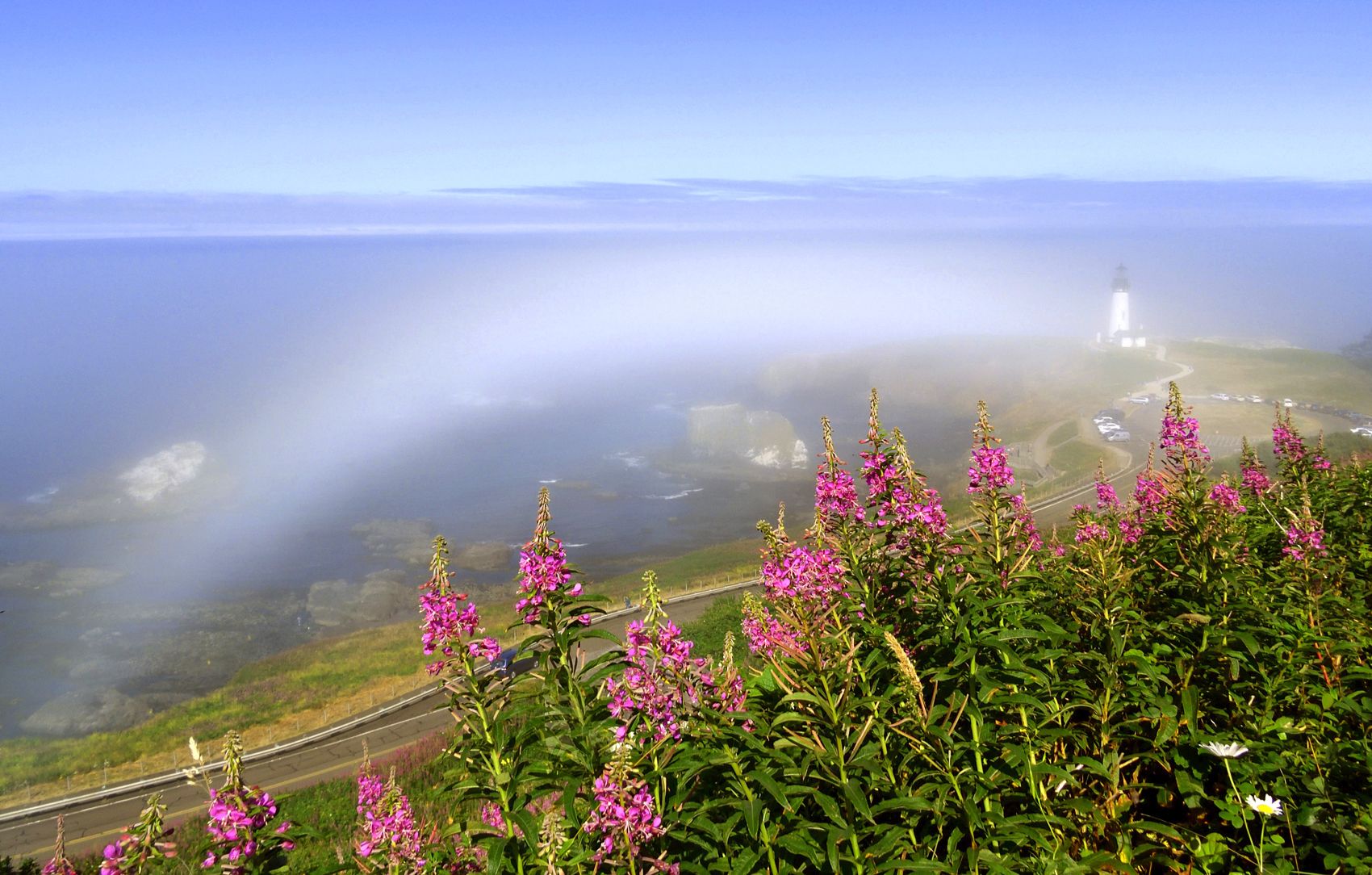 What appears like a white rainbow in this photo is a natural phenomena caused by fog, thus it's referred to as a fog bow. It appears white because the water droplets are much tinier than your average rain drop. According to NASA “The fogbow's lack of colours is caused by the smaller water drops ... so small that the wavelength of light becomes important. Diffraction smears out colours that would be created by larger rainbow water drops.”
Yaquina Head Lighthouse is visible at a distance upper right. At 93 feet, it's the tallest lighthouse in Oregon. The flowers are called fireweed because of their propensity to grow following fires and are prevalent along the Oregon coast.