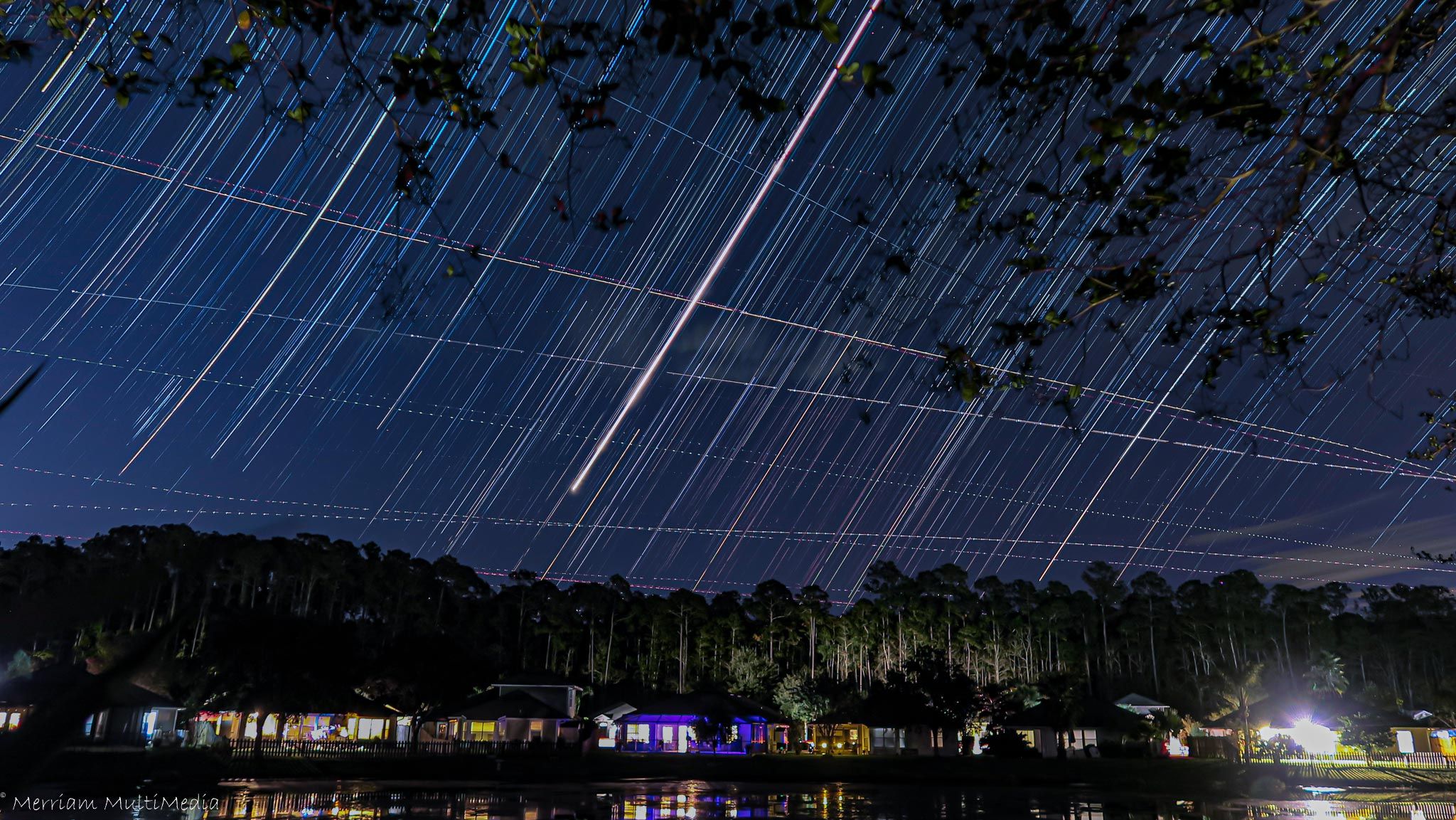 Mars at opposition Star Trails. Opposition means the Sun, Earth and Mars are in a straight line right now. The means Mars is close and bright in the sky, as close at it will be until 2035. I took a different approach to this event with star trails shot over about two hours from just after astronomical twilight until it reached the edge of my setup's field of view. Mars is the brightest line in the middle as it moved across the sky during that time. Left of that the stars path curves opposite to those on the right. That means I was pointed nearly due east in the sky. I must admit I was also surprised at the crazy number of aircraft in the shot, by my count almost a dozen. Then again, it wasn't that late for sure.