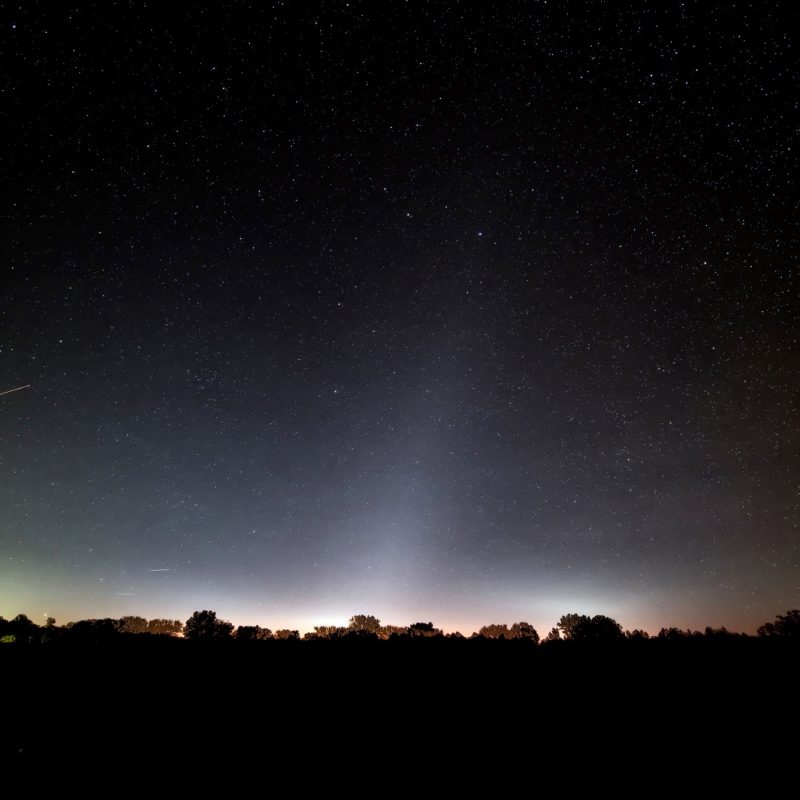 Above: Photo of a false dawn in October, captured by our friend Ken Christison.

The next few weeks offer a wonderful opportunity to catch the mysterious zodiacal light – aka the false dawn – of autumn. The moon is out of the morning sky for the next two weeks, leaving the sky dark. Watch for the zodiacal light in the east – over the sunrise point on the horizon – an hour or so before true dawn begins to light the sky.

For the Northern Hemisphere, the autumn equinox happened a few weeks ago. And autumn is the best time to see the zodiacal light in the east before sunrise. If you’re in the Southern Hemisphere, it was the spring equinox that happened a few weeks ago; this is your best time to watch for the zodiacal light in your western sky, beginning about an hour after the sun goes down.

This light can be noticeable and easy to see from latitudes relatively close to Earth’s equator. For example, at certain times of year – in rural locations – this eerie light is easy to see from the southern U.S. You might catch the false dawn at this time of year while driving a lonely highway far from city lights, in the hour or so before dawn breaks. In that case, the zodiacal light can resemble the lights of a city or town just over the horizon.

Meanwhile, skywatchers in the northern U.S. or Canada sometimes say, wistfully, that they’ve never seen the zodiacal light, although, in recent years, we’ve begun to see more photos of the zodiacal light taken from northerly latitudes.

The zodiacal light typically has a pyramid shape. It’s even “milkier” in appearance than the starlit trail of the summer Milky Way. The reason we see it so well now is that the ecliptic – or path of the sun, moon and planets – stands nearly straight up with respect to the morning horizon, in the east before dawn in autumn. Likewise, from the Southern Hemisphere now, the ecliptic stands nearly vertically with respect to the evening horizon, in the west after sunset in spring.

So we call it the false dawn, or false dusk. But, unlike true dawn or dusk, there’s no rosy color to the zodiacal light. The reddish skies at dawn and dusk are caused by Earth’s atmosphere, and the zodiacal light originates far outside our atmosphere. When you see the zodiacal light, you’re looking edgewise into our own solar system. The zodiacal light is actually sunlight reflecting off dust particles that move in the same plane as Earth and the other planets orbiting our sun. 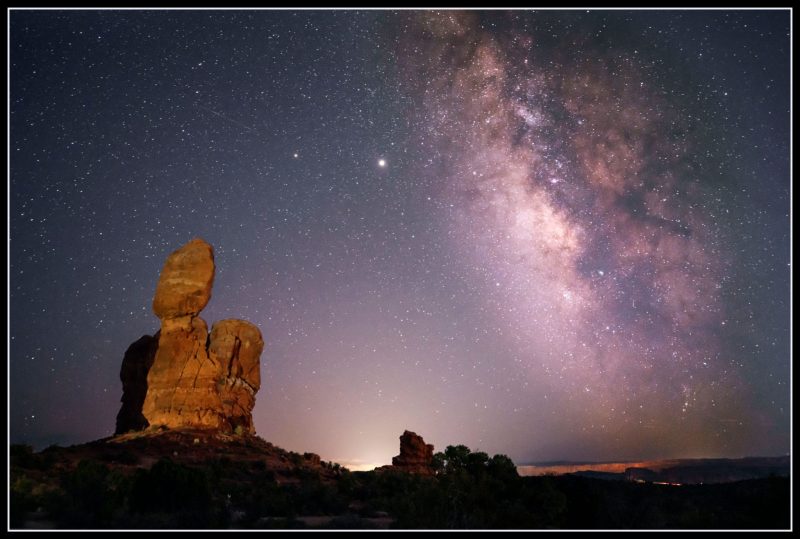 View at EarthSky Community Photos. | Fredric Walder caught this photo of Jupiter and Saturn on September 14, 2020. He wrote: “Fall in the Northern Hemisphere presents the opportunity to see the Milky Way just after sunset. In this photo the famous Balanced Rock in Arches National Park, the planets Jupiter and Saturn, our Milky Way galaxy, and a bit of post-sunset zodiacal light are all visible. The sky takes on a red tone due to smoke in the atmosphere from fires on the West Coast.” Thank you, Fredric!

Everything you need to know: zodiacal light or false dawn