Which moon phase is best for stargazing? 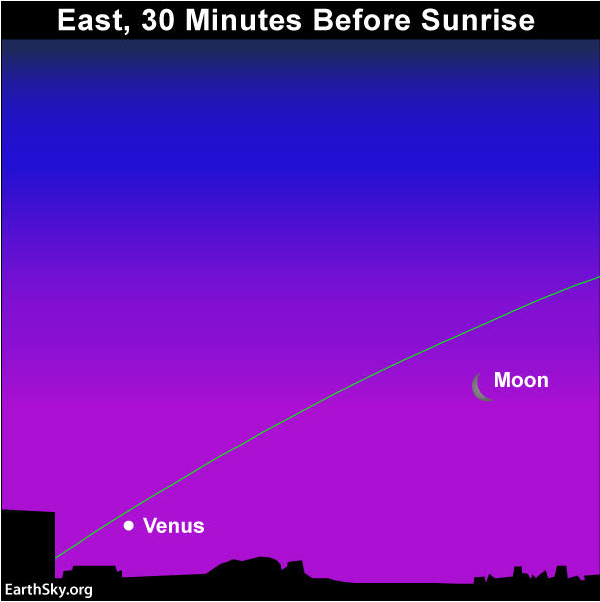 Looking for the moon? It’s up in the early morning now, in a waning crescent phase. Astronomers call the moon at this phase an old moon. You’ll find it rising in the wee hours, drawing closer each morning this week to the bright planet Venus. We received this question:

Which phase of the moon would be best for stargazing, and why?

And the answer is … it depends on what you want to do. Some people enjoy watching the moon itself, as it waxes and wanes in our sky. Some enjoy the fact that the moon appears near bright stars and planets at certain times of the month. For instance, the lit side of tomorrow morning’s (May 30) waning crescent moon will point right at Venus, making it easier to locate and see this world at morning dawn.

Some professional astronomers don’t care about observing the moon itself. They are more interested in observing objects in space much farther away than Earth’s moon. They look forward to moon-free nights, which let them look at deep-sky objects, such as galaxies, star clusters and nebulae. They like the moon at or near new phase! It’s best to look at these faint fuzzies in a night sky with little or no light. 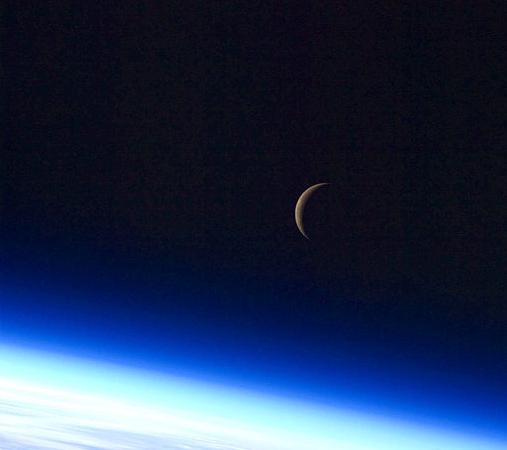 The moon is our companion world, and we love her. But astronomers trying to observe faint objects typically avoid the moon. Image via NASA.

Amateur astronomers using telescopes may also try to avoid the moon, because its glare interferes with the telescopic views of deep-sky objects. Especially around full moon, the moon casts a lot of light, washing out many nighttime treasures. At new moon, the moon is up during the day, not the nighttime. Around then, you won’t see the moon at all – unless you’re on just the right spot on Earth to watch one of the upcoming solar eclipses on July 2 and December 26, 2019.

Bottom line: The best phase of the moon for stargazing depends on what you want to do. Some enjoy watching the moon itself. On the other hand, people using telescopes avoid the moon because its glare interferes with deep-sky objects.