Moon and Regulus on February 28 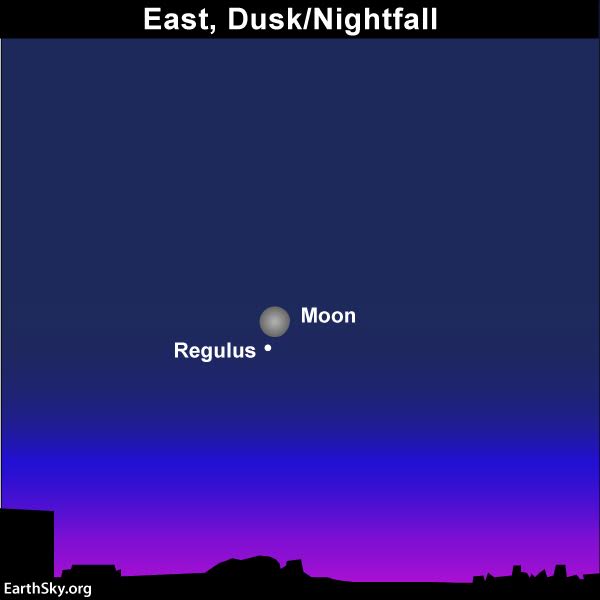 On February 28, 2018 – as darkness falls around the world – the star Regulus, aka the Heart of the Lion in the constellation Leo, appears near the moon. Although Regulus rates as a 1st-magnitude star (that is, one of the brightest stars in the sky), you might have difficulty spotting it in the glare of the waxing gibbous moon on this date.

Regulus is considered to be the most important of the four Royal Stars of ancient Persia.

Bottom line: On the night of February 28, 2018, use the waxing gibbous moon to find the Royal Star Regulus!

Thank you! Your submission has been received!
Oops! Something went wrong while submitting the form.
END_OF_DOCUMENT_TOKEN_TO_BE_REPLACED