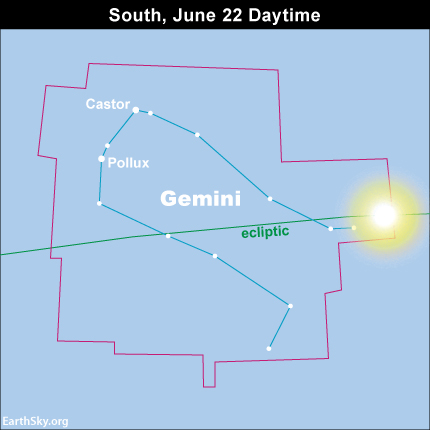 Relative to the backdrop stars of the zodiac, the sun on the solstice always appears a tiny bit westward of the previous year’s solstice sun. 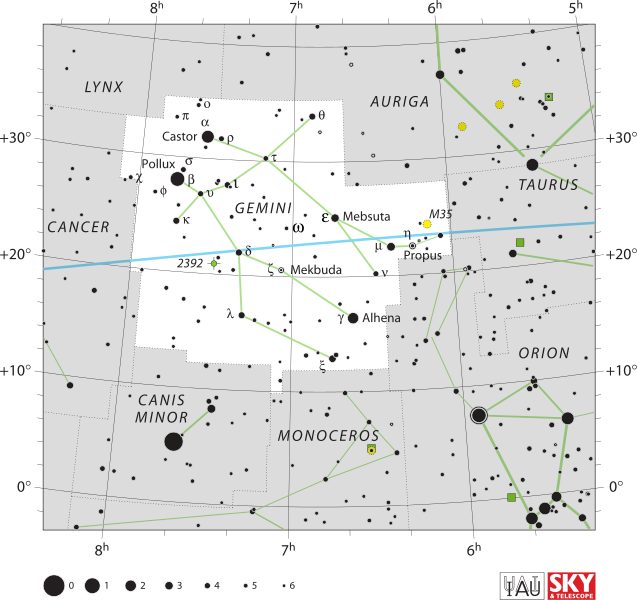 As seen from Earth, the sun travels in front of the constellation Gemini the Twins from June 22, 2020 at around 9 UTC, until July 20 at about 13 UTC. Translate UTC to your time. The solstice point is at the intersection of 6h with the ecliptic.

Please keep in mind that we’re talking about constellations – not astrological signs – of the zodiac.

The solstice and equinox points go full circle through the constellations of the zodiac in about 26,000 years.