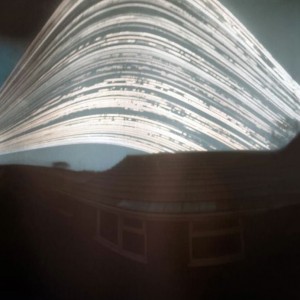 Photo via Attila Kalman in Littlehampton, UK. The picture had been taken by a Solargraph (simple pinhole camera made of a beer can ) between 21st of June and 20th of December 2012 in Littlehampton, UK. The camera was fixed to a single spot for the entire exposure time, and it continuously recorded the Sun’s path as a glowing trail burned into the photosensitive paper inside of it.The breaks and gaps between the lines are caused by clouds. At the end of the exposure the photo paper was removed out of the camera and scanned in digitally, and was processed with a photographic software.

Thank you! Your submission has been received!
Oops! Something went wrong while submitting the form.
END_OF_DOCUMENT_TOKEN_TO_BE_REPLACED