This weekend is an awesome time to look for meteors in the annual Orionid shower. They’ll probably most prolific in the hours before dawn on October 21. 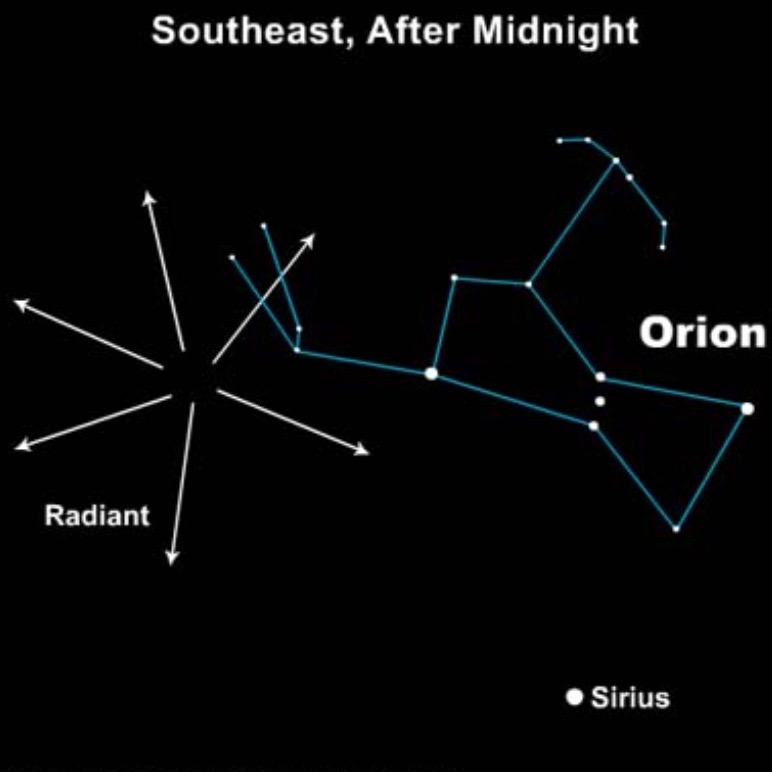 The Orionids radiate from a point near the upraised Club of the constellation Orion the Hunter. The bright star near the radiant point is Betelgeuse.

This weekend presents the Orionid meteor shower at its best, and tonight – the night of October 20-21, 2017 – may well be the shower’s peak night. Late Saturday night and Sunday morning may be good times to watch as well. On both of these nights, meteors should become visible starting at late evening. They’ll probably be most prolific in the few hours before dawn on October 21, but try watching before dawn on October 22, too.

From a dark site, you might see a maximum of about 10 to 15 meteors per hour.

Fortunately, today is only one day after new moon, so there’ll be no moonlight to ruin this year’s Orionid meteor shower. In fact, it will hard to catch the young waxing crescent moon low in the west after sunset. Click here to find out the moon’s setting time in your sky, remembering to check the moonrise and moonset box.

As is standard for most meteor showers, the best time to watch this shower will be between the hours of midnight and dawn – regardless of your time zone.

The meteors – vaporizing bits of comet ice and dust – will look like streaks of light in the night sky. They’re sometimes called shooting stars. 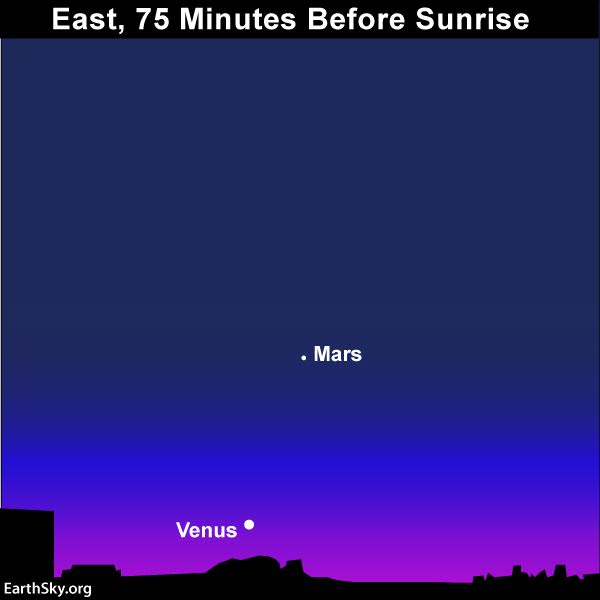 Venus and Mars are in the east before sunrise, on these October, 2017 mornings.

As the predawn darkness starts to give way to dawn, watch for the planets Mars and Venus to rise into your eastern sky. Click here for a recommended sky almanac; an almanac can help you determine rising times for Mars and Venus in your sky.

Or just watch for the very bright object that ascends in the east before the sun. That’ll be Venus.

The predawn and dawn sky also offers a great view of Sirius, the sky’s brightest star. Watch for it in the south (or overhead if you’re in the Southern Hemisphere) before dawn. 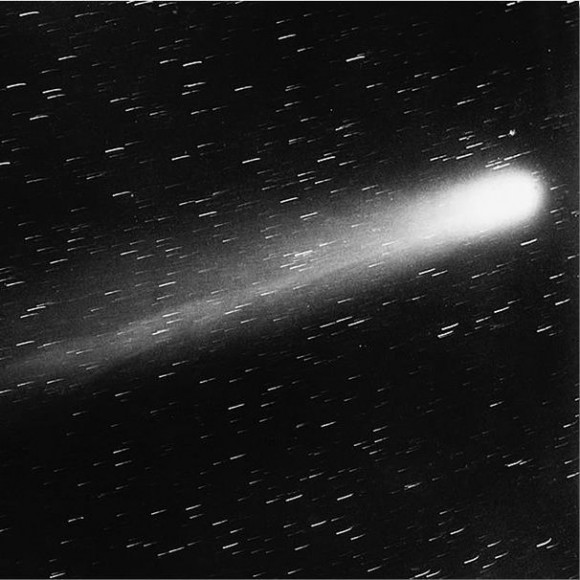 Halley’s Comet at its 1910 visit. The famous astronomer Edward Emerson Barnard at Yerkes Observatory in Wisconsin took this photo. Image via Wikimedia Commons.

The Orionids stem from debris from the most famous of all comets, Comet Halley, pictured above. The picture shows Comet Halley itself at its 1910 visit. The comet last visited Earth in 1986 and will return next in 2061.

As Comet Halley moves through space, it leaves debris in its wake that strikes Earth’s atmosphere most fully around October 20-22, every year. The comet is nowhere near, but, around this time every year, Earth is intersecting the comet’s orbit.

If the meteors originate from Comet Halley, why are they called the Orionids? The answer is that meteors in annual showers are named for the point in our sky from which they appear to radiate. The radiant point for the Orionids is in the direction of the constellation Orion the Hunter. Hence the name. 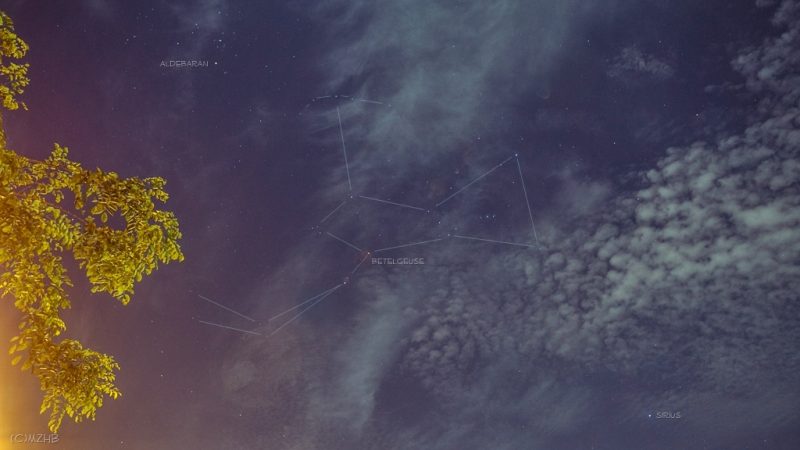 Orionid meteors radiate from the constellation Orion, shown in this photo from October, 2016 by Zefri Besar in Brunei Darussalam.

Remember … even one meteor can be a thrill. Just be sure you have a dark sky.

Bring along a blanket or lawn chair – after midnight or before dawn – and lie back comfortably while gazing upward. Although a somewhat modest shower, these swift-moving meteors are sometimes bright, occasionally leaving a persistent train – a glowing streak that lingers momentarily after the meteor has gone! 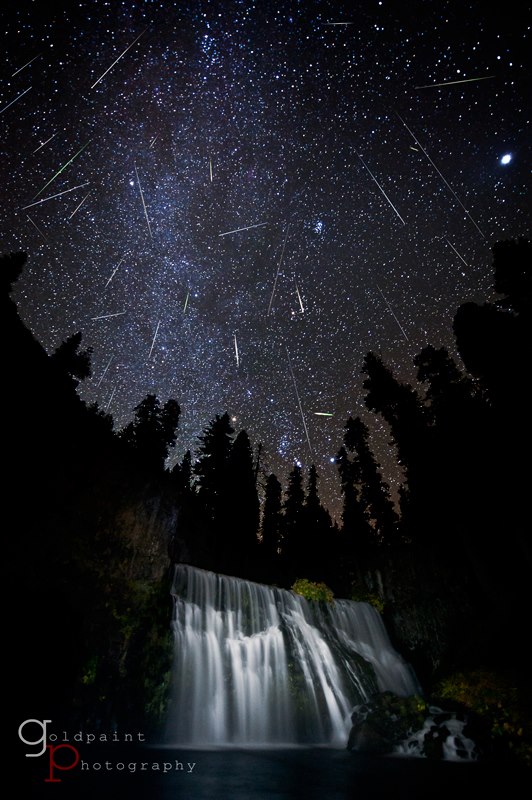 Photo from Goldpaint Photography of the 2011 Orionid meteor shower near Mount Shasta, California. It’s a composite of every meteor captured during the night. The image was Grand Prize Winner of Outdoor Photographer Magazine’s 3rd Annual Great Outdoors Photography Contest.